Yes we are finally sending people to Mars its official. NASA has admitted that they have been preparing to send men to the red planet and hopefully it will be as soon as 2018? Please read on for more.
Here we go -

A bipartisan bill was passed by the U.S. Senate committee that oversees NASA space projects. The bill would allocate $19.5 billion in funds to NASA in 2017, but it has a critical mission for the space agency: send men to Mars. 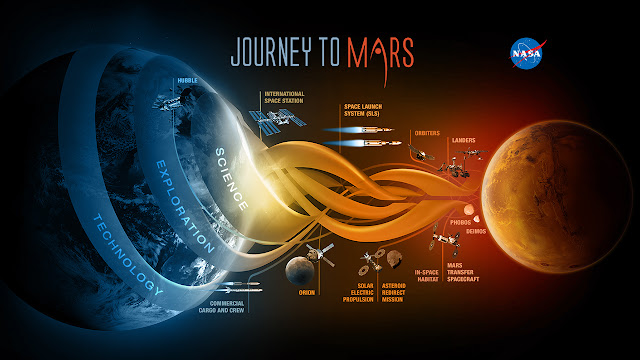 We’re definitely going to Mars to put a human being on the red planet and cultivate ourselves a little bit of turnip. Although I'd personally love to see both sexes go to Mars because that way a little Martian could be consummated, baked in her oven and spat out like a train and become an official Martian albeit a human hybrid?


Would it be a hybrid? 100% Human with a slight pimple of Martian by way of our Moon, etc? In all the sense of the word - Martian, just like the film of late were the kid is born on Mars but comes to earth a little bit out of his depth? But that film could be getting us used to the fact a child could be born on Mars! If we find an Alien presence will it be a given that this happens? Who knows what NASA is up to?

So here's the story I read about going to Mars -

FUNDS ARE ON THE WAY;
It looks like Republican and Democratic senators alike are keen on safeguarding America’s space programs. With the potential chaos of a new president on the horizon, the Senate Committee on Commerce, Science, and Transportation passed a bipartisan bill giving NASA $19.5 billion to continue working on a mission to Mars.


It also includes support for the continuation of the program to send astronauts on private rockets to the International Space Station (ISS) from American soil no later than 2018. “We have seen in the past the importance of stability and predictability in NASA and space exploration – that whenever one has a change in administration, we have seen the chaos that can be caused by the cancellation of major programs,”

Republican Senator Ted Cruz, lead sponsor of the bill, commented. “The impact in terms of jobs lost, the impact in terms of money wasted has been significant.” The NASA Transition Authorization Act of 2016 includes an overall authorization level of $19.508 billion for fiscal year 2017, but it still needs to be passed by the Senate as a whole, of course.

The budget allotted is the same as what was approved by House appropriators and a bit more than the version released by the Senate Appropriations Committee. The Obama administration, likewise, proposed $19 billion in funding for NASA.