Aliens in the sea? Well now we know the answer, yes! There's Alien's in the sea and this is what they look like, video and all! This is disgusting and apparently it stank horrible. Read on to be amazed.
Freaky barnacle with ‘tongues’ discovered by crab fisherman.
This thing is frickin disgusting and is an abomination to life everywhere! It needs throwing back over board and forgotten about? What a doozy this old boy is! Imagine what it's mother looks like? Who knows it could be Hillary and Bill's love child? I'm literally speechless about this monster. It shows though and it proves that you shouldn't go in to the sea off the California coast! Unless you want this thing swimming around your undies?
I found this in an English newspaper. Please read on.

THIS is the moment a fisherman is shocked by the weird creature he came across while crab netting at Port Hueneme Pier, near Oxnard in California, USA.

On the outside, the skin has a slippery and spiky shell with six massive openings dotted around its surface. From the various holes, organs similar to mussels and sporting what appear to be teeth shoot out from behind rainbow-coloured flaps. Despite being viewed more than 600,000 times on social media, nobody has been able to identify the sea monster. 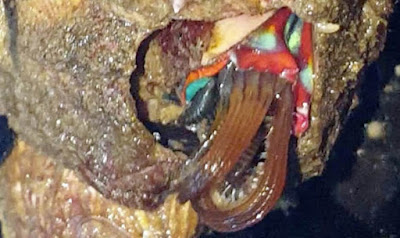 Mathew Wallace, from Palmdale, California, said: “I have never seen anything like this creature in 40 years of sport fishing.
“It got caught in my crabbing net as I attempted to lift it to me and noticed it was heavier than usual. “The smell was absolutely foul when it got close to me. “We put it straight back after taking the video but I would have loved to have kept it if I had a saltwater tank at home.“

Despite confirming that the creature is a barnacle, the origins of the gross animal are unknown. A marine biologist from the California Department of Fish and Wildlife said: “The colours are unusual so I'm guessing they aren't from around here. “Probably a more tropical location.”

Here's one I found earlier on Mars. This doesn't look like the Alien from earth but this shows that barnacle type creatures are common throughout the galaxy maybe even the universe? This is a creature I think everybody is agreed on that one? It's a terrible thing I suppose but life MUST start out as something, if you believe in evolution? 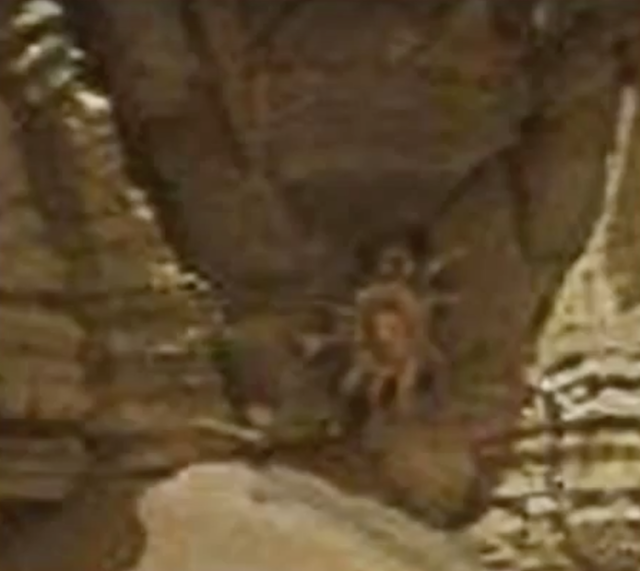