UFO Coming Out Of A Wormhole Spotted On Skycam Today

I was sent an unusual looking and even bizarre looking UFO like anomaly in space caught on a skycam showing what looks like a wormhole opened up with a strange entity either coming out of it or going in but probably it looks like it's coming out of it. It's leaving what looks like a trail behind it of fire or is this in fact part of the UFO and guys, this is simply put "staggering" if it turns out to be what we think this is? The end of this also looks like it has a UFO Sphere and that this is the UFO? There's way to much space distortion around the UFO and you can clearly see it even though it's on it's side - it shows a vertical like line with definite distortion around it wider in the middle as you'd expect from a wormhole. The space it seems just opened up and out popped a UFO. you guys are going to be amazed when I tell you that this was only caught on camera today which is the 12th March 2019. It's like they say "hot off the press" and your the only ones to see this really apart from a couple of other people so get stuck in and give us your opinions. Thank you guys, it means a lot that you guys are interacting with us and trying to further Ufology and the understanding of very confusing and anomalous events. 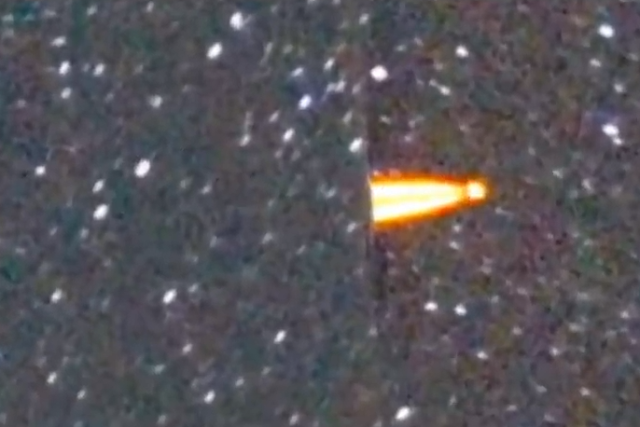 This extraordinary to say the least seeing this UFO going in or coming out of what looks like a wormhole caught on the webcams of ESO European Southern Observatory.

I was just sent this amazing video by a guy wanting, actually he's "needing" answers and hopefully we can get some answers from our amazing viewers?


You can clearly see something is coming out of (or going in) a "roundish space distortion" but to us in this image it looks like a vertical line of space and it's definitely unusual looking - if not even strange. 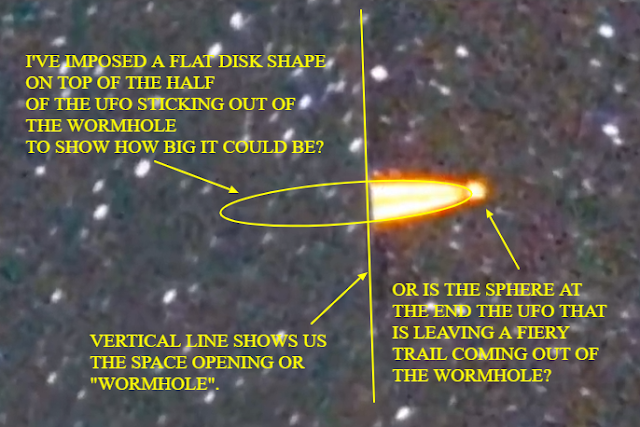 It's a fiery colour and seems to be round at the tip and I'm wondering if this is the UFO leaving a trail or is this only half of the UFO that we can see and the other half is yet to come out still? Is it this or is it the end ball like shape which is the UFO?


10 Ancient Sites Said To Be Real Stargates - Portals And Wormholes.


Either way guys, this is absolutely what we would expect a space distortion with a UFO coming out of it to look like - so that is why I am posting this. Well not quite, there also things like the definition on the UFO like this amazing orange line going horizontally through the "thing" from one end to the other. And the round sphere like ball at the end which also could be the UFO.

Is this a UFO Sphere at the end with a clear and visible trail that it's leaving behind, I honestly can't tell - but it looks like it's cut in half because it's coming out of a wormhole? This is most intriguing AND it was only seen today so it's hot off the press nobody has seen this except for a very few people. 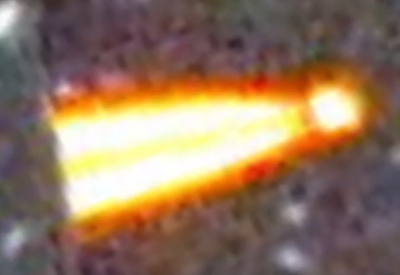 I'm sure there will be a lot to say about this and arguments to and against but still, it is early days for this as it was only caught on camera today which is the 12th March 2019. the skycam used in question was this publicly available to use called ESO (European Southern Observatory - link at the bottom in sources).

Don't forget we're just like you, we want answers aswell? It's always good to get constructive opinions and answers.


How strange is it to see this though and yet even before seeing one like this, we can imagine what an event like this would look like? That's strange and then low and behold - we encounter one on a skycam for all to see? This for me personally this proves the existence of destiny, that we've been here before and done this countless times before on an endless loop.


We imagined this before we saw it because we already have all the knowledge possible within us.

That's why we can learn!

That's why some people "take to skills like a natural".

I don't know how, but I just know? How many times have you heard this? It's as if I just knew etc etc. I can feel it? Coincidences, serendipity, luck, chance call it what you like but it is a force, it's a force of energy and it is real. It's innate and it's been there from the start. 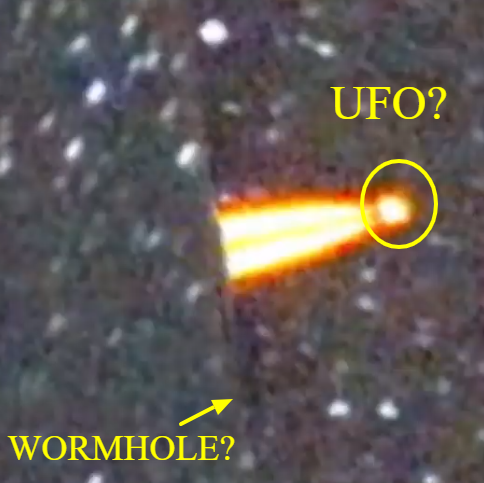 Here's this extraordinary video showing what looks like a massive space distortion with UFO coming out of it, you gotta enjoy this:

I've only just been sent this and am still in the process of getting the information etc, like which skycam did this come from and where in the sky is it coordinates wise.


I do know that the person who caught this wishes to stay anonymous and that's their rights which I fully respect. When I get the relevant public information on this, I will update the post. I wasn't waiting for that as this needs to be seen by the public and if you know my posts - then you'll know that it's the content of the videos or images which I always prioritise.