Mars life has existed there for a long time depending on who you ask and what you believe because doubt has been thrown on the official findings which were done some 40 years ago! Microbial life was tested positive from samples collected by the Mars Viking Lander and guys, this means that many people can't deny this for example - scientists, politicians, powerful institutions and the media. But they are trying their best to disprove a fact and they're succeeding at it as well. All we have to do is keep coming back to the initial "many test" which were all the same results which tested positive for microbes of life. Coming back to these results is kind of like finding your center again, it keeps you grounded and it keeps you on track when doubting the results.

Was there ever potential for life on Mars? One scientist is convinced he knows the answer, and that the question hanging out there in space was already answered over 40 years ago.


When the NASA Viking mission took off to explore Mars in 1976, it was equipped with a Labelled Release (LR) life detection experiment that returned some questionable results to Earth. 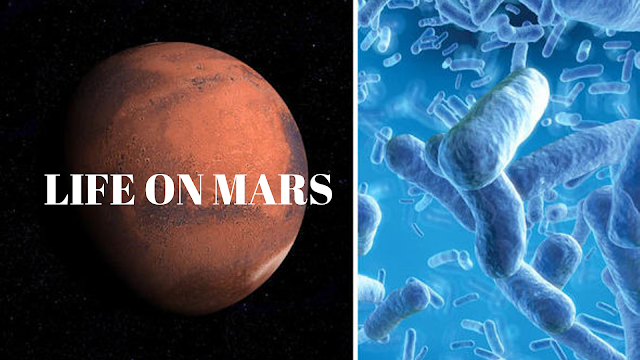 Now Gilbert B. Levin, an engineer and inventor who was principal investigator of the LR experiment on the Viking missions, is bringing those results to light again as we prepare to send off Mars 2020 and eventually humans to the Red Planet.


Some background on why Levin is unearthing his results.

When the LR first beamed back its results from Mars, they were surprisingly positive (something most people have either forgotten or just have no idea about).

The further the Viking team got into the experiment, the more positive results they received from the two spacecraft that were situated 4,000 miles apart.


Related post:
Is This the UFO We Hoped To See In Our Lifetime

There were four positives in all that were supported by five different control variables.


But what did these positives actually mean?

Levin and his colleagues interpreted the data curves as proof of microbial respiration.

Even more, these curves were eerily similar to those that had resulted from LR tests on soil from our own planet.

It seemed like the sort of thing that should have been screaming from the front page of every paper, except it didn’t, because the Viking Molecular Analysis Experiment never detected any organic material.


NASA thought organic material was the ultimate sign of life. 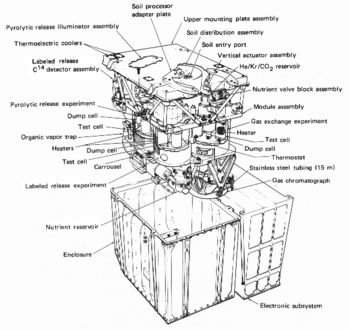 Without any evidence of that, the space agency could only conclude that what had been found was only mimicking life, but not a sign of life.

"Inexplicably, over the 43 years since Viking, none of NASA’s subsequent Mars lander has carried a life detection instrument to follow up on these exciting results,"

Levin said in an essay recently published in Scientific American.

"Instead, the agency launched a series of missions to Mars to determine whether there was ever a habitat suitable for life and, if so, eventually to bring samples to Earth for biological examination."

NASA doesn’t even have plans to send any life-detection instruments over with Mars 2020.

We’ve already determined Mars was habitable by Earth standards, even if that was billions of years ago, before it got radiation-bombed and lost all its water and atmosphere.

Levin’s essay made a case for that.

He pointed out multiple times that there was never any evidence found against the existence of life on Mars, whether that hypothetical life is crawling around now or has only left behind micro-fossils.

Since we already know that Earth microbes have been able to survive in simulated Martian environments, and have even theorised that ejecta from asteroid impacts from Mars has sent ejecta flying to Earth (and vice versa), why is NASA so reluctant to admit that there has been no proof against life on Mars, only a huge cosmic question mark.


Maybe it will take human exploration to finally answer David Bowie’s question that echoes from the Viking era. (via Scientific American):

I’m Convinced We Found Evidence of Life on Mars in the 1970s.

The Labelled Release experiment on the Viking mission reported positive results, although most have dismissed them as inorganic chemical reactions (click here for article).

Scientists studying Mars’ ancient climate have spectacularly claimed alien microbes could have thrived in the once barren and icy fields of Mars due to a combination of volcanoes erupting under thick ice sheets.