Lake Michigan has had a fair few UFO reports in the last decade alone. I've personally written a couple of times about UFOs seen there.

As far as perfect UFO video footage goes, seriously guy's this is probably up there with the best UFO videos.

Lake Michigan is a real UFO hotspot if you ask me because this isn't my first rodeo here, I've written a fair few UFO reports about this very same Lake Michigan. I have no idea what it is that's attracting the UFOs or even if it's something near the lake itself? 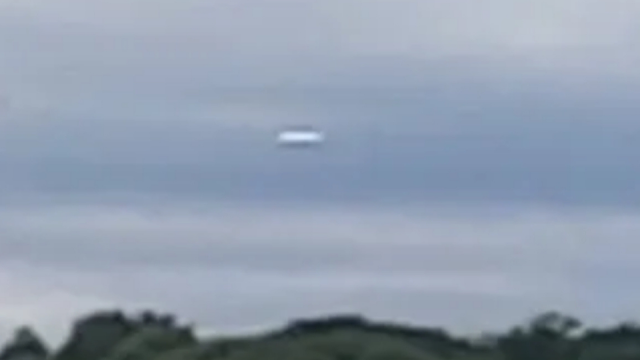 Witness report: Moved south southwest near Lake Michigan. Eating burgers at park near fishing bridge in Whitehall Michigan and saw an object in the sky off to the west moving south to southwest. Watched until it vanished. Saw it or another again and got out of car and took video of it.

I was just looking for a reason as to why the UFO is in the area? My first reasoning was for a military base or a Government contractor in the research and development side of things been in that area? Obviously I can't know most of what I'd like to know because it's probably not public knowledge or it's gonna be secret but it stands to reason that it's looking for something, maybe?

I say "stands to reason it's looking for something" and that's based on my own beliefs that UFOs are here to carry out surveillance on humans.

Below is a map of Lake Michigan and the buildings around it that it might be interested in? 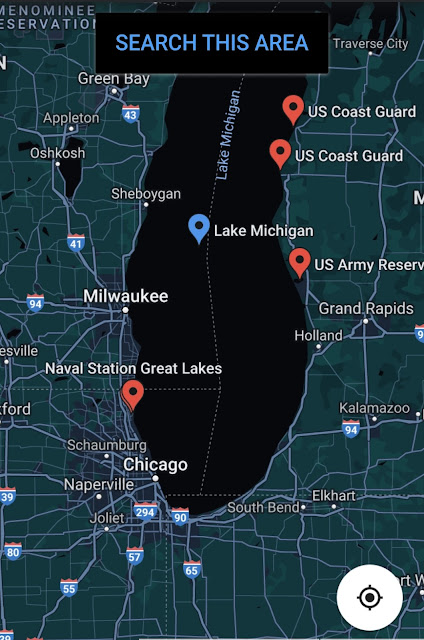 My explanation for this belief is that the UFOs never land and communicate, they don't show themselves to us, they're always filmed at or on and over restricted areas.

These are all red flags, red flags based on human behaviour, granted but even if the Extraterrestrial entities had a completely different way of rational thinking based on their values, their morals and codes of conduct, that type of behaviour is suspicious no matter what language it's in! So, because we know next to nothing about these UFOs or the occupants (if there's any at all) we have to, no we must air on the side of caution and take them down, dismantle it, make weapons and sell them to the bad guys here on Earth!

Oh I'm sorry, that was a little sarcasm but based on this guy's epic statement:

For the UFO here in particular to be real it needs only a couple of things...

And that's about it really. Listen, I know I've a wee bit of sarcasm to an otherwise serious issue but I'm fed up. This is what's getting on my tits; we've got UFO disclosure, we've got straight up confirmation that these UAPs are not technology from any country and they are not made on Earth.

So why is it that people still can't understand what the US Government's actually saying?

They've told us about Aliens by ruling thing's out. And some people are still asking for UFO disclosure! I just don't get it, do you?

Please share this post with your social media platforms and let's see what people think of it? Personally I like this, theres absolutely nothing to discredit it.