The Dome of the Rock UFO sighting from four different angles. This has got to be the best UFO sighting which has been researched since it happened.

This is my all time favorite and probably the most documented and most widely covered by the mainstream media "UFO sighting" that happened over the Dome of The Rock in modern day Jerusalem.

The night was just like any other and the day was was the same as the day before that, probably no warning was given before that night's almost science fiction movie unfolded. Except for one distinct difference, this was real, it's reality as we know it and it's a bonafide multiple UFO sighting caught on camera from many different angles and places around the famous and holy Islamic shrine. 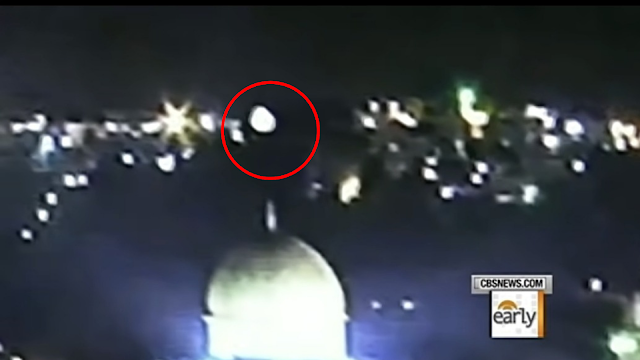 The Dome of the Rock (Arabic: قبة الصخرة, romanized: Qubbat aṣ-Ṣakhra) is an Islamic shrine located on the Temple Mount in the Old City of Jerusalem. Its initial construction was undertaken by the Umayyad Caliphate on the orders of Abd al-Malik during the Second Fitna in 691–692 CE, and it has since been situated on top of the site of the Second Jewish Temple (built in c. 516 BCE to replace the destroyed Solomon's Temple), which was destroyed by the Romans in 70 CE. 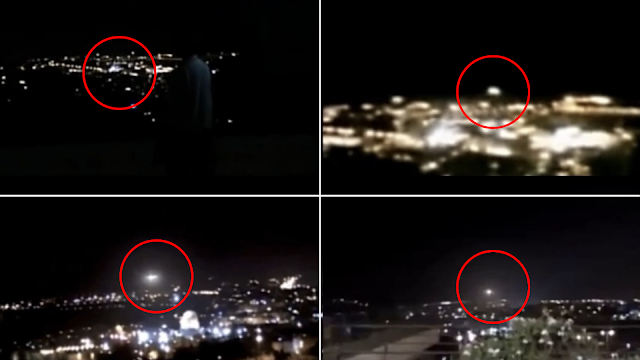 Credit: Wikipedia/Jozef Uhľár - AViPro YouTube Channel/UFO Sighting's Footage/UFO News/Canva.
There's a lot of people who are researching this magnificent and unprecedented "UFO sighting". Because of what happened actually while this amazing UFO was in sight of the eye witnesses (which must have been in the thousands) it shot up after hovering over the place of worship and as we see in this fantastic video, we see it accelerate upwards as if gravity or upwards wasn't even there or as if it didn't exist. If memory serves me correct, we're talking about a UFO sighting that almost broke the internet when it was first uploaded not long after it happened, to the internet? If we look at the video, we can see the UFO lowering down as if an unseen hand was guiding the ball or Orb of light and as It floated down in the night sky, it seems to settle down on some imaginary shelf like it's at the end of some unseen string. Dangling without the movement of a dangled, tangible object.
Don't forget it's night time and it's a pitch black sky and the UFO is as bright as a light bulb and as far as we can tell, and it's probably the same size as as a light bulb as well?
Related post
UFO Wiped Out Under The Guise Of Missile Interception
The Dome of the Rock UFO sighting is probably one of the best documented straight up UFO sighting's which still hasn't been disproved. Do you know the ratio for solved versus unsolved UFO sighting's? It's 85% of UFO sighting's are solved straight off the get go, 10% is unknown as in not known or "phenomenon" and the rest is literally gonna come up as "we are not alone in the universe!" Alien's exist and we are not alone.
At one point we had the Pope, the UN and the G-Member states. As of 2021 there are 20 members of the group: Argentina, Australia, Brazil, Canada, China, the European Union, France, Germany, India, Indonesia, Italy, Japan, Mexico, Russia, Saudi Arabia, South Africa, South Korea, Turkey, the United Kingdom, and the United States. And all the leaders of these countries are definitely part of the group that knows for a fact that we are not alone in the universe.
*****
Just on another note, metfan869 of YouTube had another angle video showing a UFO sighting that happened over the Dome of the Rock and it says it's from 2011 but this UFO sighting was so bright and it looks different. You have a look tell me what you think, here's a picture of the UFO and here's a link to the video of it: 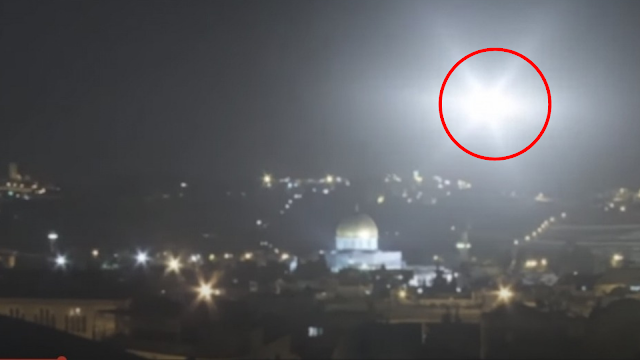 Credit: metfan869 YouTube Channel/UFO Sighting's Footage/UFO News/Canva.
And yes, even Russia and China are all members of this neferious group of colluders of our future. Deals are done, deals are brokered and UFOs are definitely part of it. Behind closed doors the USA used to deny it, Trump released all the data and bam! The once "happy go lucky" or dumb bystanders if you'd like, realized that the US had been lying all along. Totally denying it was a thing, Aliens, little green men, tinfoil hat wearing
Here's the epic video that was uploaded to YouTube by with the description a short one; Synced, stabilized and enhanced footage of Jerusalem UFO 2011/01/28.
Please like and share this post with anyone else who you think might appreciate it and also if you like it yourself, id like for you to share this so we can keep it in the public eye so people know that UFOs are real and that they are here. They have been here for a long, long time.
Credit: Wikipedia/Jozef Uhľár - AViPro YouTube Channel/UFO Sighting's Footage/UFO News/Canva.