The best UFO that you'll probably ever see in your lifetime is that of the Dome of The Rock UFO incident.

This isn't a game, Ufology is not a game and this UFO video is as good as it gets because it firmly shows the world and it shows it from every single angle possible that we're all under surveillance for reasons unknown and beyond me. I mean, why else are they here?

It's probably the best mass UFO sighting ever seen on camera on January 1st, 2011.

Plus it's a once in a lifetime UFO experience which was subsequently seen by everyone and their Aunties everywhere in the world via the News. Nobody was left untouched by this UFO sighting. It caused a real divide in the UFO community with equal sides. I personally think that it does not get any better than this. 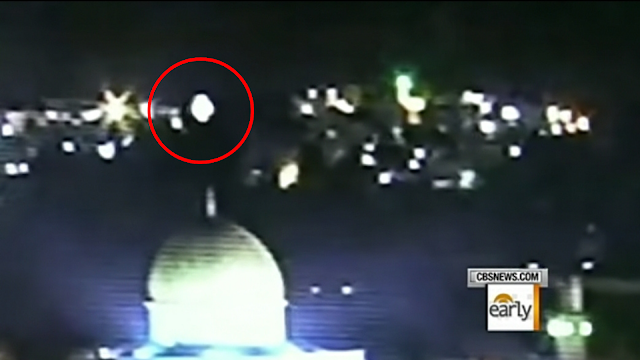 Everyone who sees this UFO video says that it's the real deal and that's only because of the 4 different videos showing it from all sides. Do you have any idea how long Ufologists have been waiting for this kind of evidence to come along and provide the information that most sceptics demand?

It's been years and years since people have prayed for this kind of evidence. And now that it's here, the goal post's get moved yet again and now another crazy demand by non believer's has surfaced! Show us them Aliens! I wanna see those Aliens before I believe anything.

It went viral for a reason, but then it literally stopped, it was seen nowhere for a long time.

We're going to see the same UFO in 4 completely different UFO videos. It was all put together to show the whole world a never before seen time-line of a real UFO which rules out any foul play. 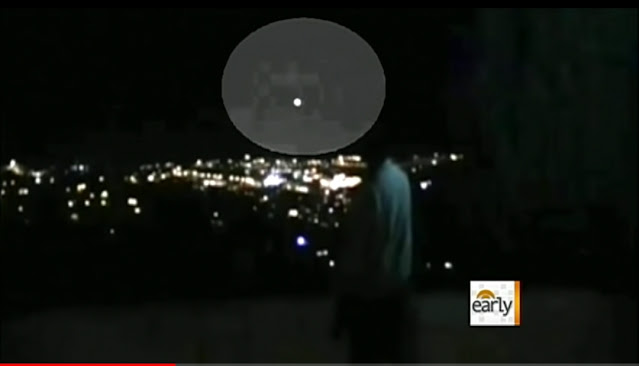 Having a complete overall view from 4 different places around the DoTR must be a surprise to the eye witnesses?

Having a UFO carefully descend to the Dome of the Rock is a beautiful scene it's a once in a lifetime UFO experience which has been backed up by other people.

The UFO comes down from it's original hovering position and starts to descend in a controlled motion. It's happening guy's, this is a real UFO, it's travelled so far for some unknown reasons and it's the shape of a UFO Orb.

Aliens are admitted to now by the US Government and the governments around the world that have dealings with the United States Government. Basically, this is awesome news.

Most people was so caught up with Aliens and the ensuing Alien fever that it was spread around the world without any delay. It went viral pretty much everywhere that it was posted to. People couldn't understand what had changed the US Government's mind? That's when everything seemed to go crazy and the Area 51 "Let's see them Aliens" happened!

But then it's going to die off, even now it seems like everything is dying off regarding all thing's Ufology. The sighting's still happen but people have gone back to their everyday routine and life.

All the people who believed in Aliens in the beginning (like you and me), we're all going to be talking amongst ourselves about Extraterrestrials etc. The only thing is though is that researching UFOs seems to be really dieing off for the masses. ear will take over, stress and pain will inevitably take on a persona all of itself and it's good night for the Alien race. They will be affected, the world will turn it's back to the Alien existence.

How the hell can I decide all that and how could I possibly know about the future - I hear you ask?

It's just human nature, we always fear the unknown and we always strike out at the thing's we fear! If we fear thy neighbour then you can guarantee that we will not live side by side. What happens next would be the most controversial part because if we were to turn our back on the Alien race(s) for whatever reason (fear which would probably stem from spur of the moment events that would definitely be unfolding). See, I know how it will go down with Extraterrestrials just like many other people know, especially the "other's" that know behaviours?" There's a very simple logic to action and reaction when it comes to human beings.

We see it in animals the world over, action and reactions are universal in every way, shape and form.

Aliens must adhere to some form of natural behaviour, I'm banking on their own nature being similar to our own nature? What we act upon and adhere to, conform to may be the exact same thing? When the United States Government admitted to the existence of real bona-fide UFOs and admitted to not knowing the origin of the UAP crafts, that was the day when I knew that these thought's, this way of thinking was 100 percent legit. There's no way I'm insane, there's no way that I'm "away with the Fairies."

I'm not getting side tracked in life by thing's that don't matter at all because holy crap, now it's real. It's as real as the hair's on my head and it's now more serious than I could ever have imagined.

The UAP's aren't from any other country on Earth or belong to a company or corporation. And, they are not known to or by any secret service within the US. I'm a little concerned about what has actually been implied here because this statement by the DoD on behalf of the United States via the US Navy means (at least in my own view) that means Extraterrestrial entities exist and they're intelligent, they've had the whole world under surveillance for a long, long time.

Here's the 4 videos side by side: