Extremely bizarre footage of a fantastic looking UFO that happened over the UK on the 3rd April 2021 at 6:30pm but still in daylight.

I absolutely love it when we get excellent UFO footage and clear, recent footage to boot. There's something amazing about seeing a recent Flying Saucer as it's got the mystery surrounding it that potential Extraterrestrials literally could have been here on Earth just a few months ago! 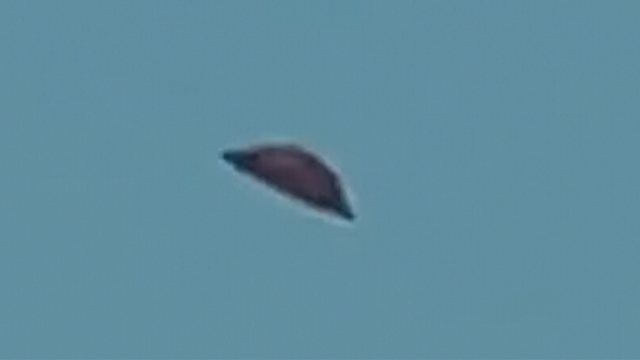 Credit: Real UFO Sightings YouTube/Wiltshire Times/UFO Sightings Footage/UFO News/Canva.
That's enough to get me interested. So I looked into Swindon UFO sighting's and it's got mixed UFO sighting's like Orbs (always with the Orbs which are like the Ford pickup of the UFO world) they're everywhere!
The eye witness "rightly so" took down all it's particulars like time, date, place and obviously a video. It's the essentials that historians will need when Extraterrestrial entities will be studied in schools because if Aliens are admitted to, the world school's national curriculum will have to apply it. It's going to be mental, but what do you expect them to do, ignore it, pretend like it doesn't exist just like the Government's had done for decades, centuries even!
Witness statement:

"This was recorded a few weeks ago in Swindon. It was extremely bizarre to see a black triangle shaped object floating in the sky. There wasn’t really anything to indicate the size or proximity of the object. It just gave me that weird unsettled feeling when you genuinely have no idea what something is and what it’s doing. Sighted and recorded 3rd April at 18:30 in Swindon, Wiltshire, U.K. near green bridge. Sighted again in a separate recording 20 minutes later. " 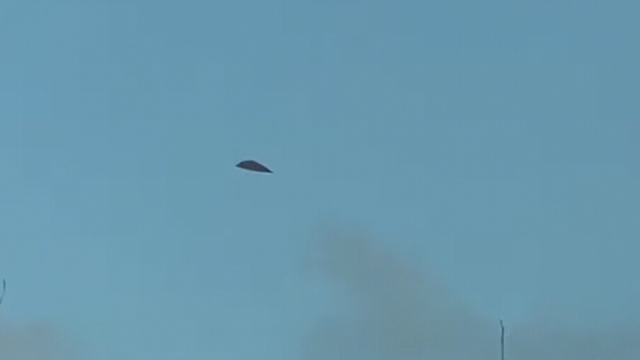 Credit: Real UFO Sightings YouTube/Wiltshire Times/UFO Sightings Footage/UFO News/Canva.
Flying Saucers and Disks are the classic shape of a UFO. Did you know that science fiction actually had Flying Saucers in some brilliant movies before they became a popular sighted UFO? Also, following Freedom of Information requests, in 2008 eight files of UFO sightings had been released by the MoD so far back then with the rest being released which happened over the next four years till 2012.
Related post
UFO Guarded By Battery of Tanks in Antarctica
In total, 200 files was released. Among the documents are several relating to Wiltshire, and several reported to military bases at RAF Rudloe and RAF Lyneham in north Wiltshire. Since then the world has taken a massive leap especially in the United States by releasing multiple UFO videos and disclosing that UFOs are real.
And the US Government's got no clue as to where they come from and they made a special note by saying that they are not another country's technology! They didn't use the initials UFO but instead opted for the lesser UAP (Unidentified Aerial Phenomenon.
Here's the Real UFO Sighting's YouTube video, enjoy:
Please share your thoughts and ideas or opinions on the excellent video. I'd like to hear your thoughts on this one. The UK doesn't get as much UFO activity but it's enough! Also if you can share this post I'd appreciate it, cheers.
Credit: Real UFO Sightings YouTube/Wiltshire Times/UFO Sightings Footage/UFO News/Canva.