The Baltic Sea Anomaly isn't the run of the mill UFO incident because this is millions of years old. It's got a hole going under the sea floor.

If the Baltic sea anomaly isn't a UFO (which it probably is) I'll eat your hat, that was my initial title now it's, there's a chance it could be.

The updated by Ocean X Team YouTube Channel is really eye opening because now, the guys that found it are fighting to clear their names from been called scammers and con men, so has it all been a hoax! In the video it really hits home for one guy, at around the 50 minutes in Mark, it starts to really well, get real and towards the end of the video you'll see it's gotten really harsh for him. Jump to the 50 mini Mark because this is the update, the beginning is the documentary only.
While some of the other's involved with it kinda mocked it, ridiculed it or just wanting to distance themselves from it after a while, it's still really hard for one guy who's sticking with it till the bitter end. Just to wrap my head around it because at one point everyone who's in the video was on board completely, now they seem to have jumped ship so-to-speak, hook line and sinker, excuse the puns. 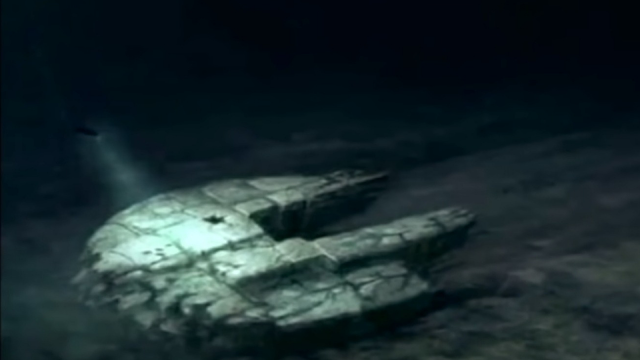 Credit: ABC News/Ocean X Team YouTube Channel/UFO Sightings Footage/UFO News/Canva.
This video is an update of the Baltic Sea Anomaly and it's not pretty, it's hard to accept, they laugh at themselves (some do in the video) so it's kind of a slap in the face to anyone who believed it in from the beginning, right? Although it wasn't all the crew involved,  I must stress that it wasn't all of the initial discoverers. But it really begs this question, why would we the public get behind your "next big find" if your just gonna distance yourself, if all you do is mock the believer's and ridicule the whole venture? It speaks volumes, but not, and I repeat not in a good way! 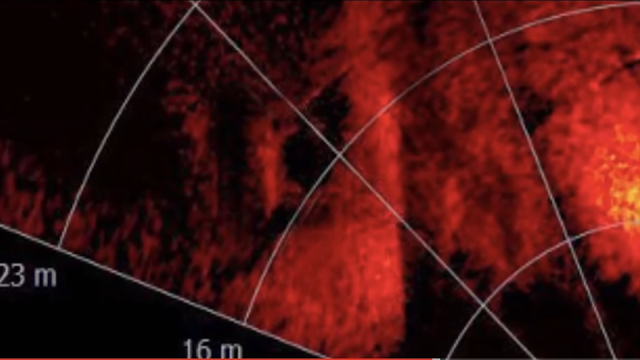 Credit: ABC News/Ocean X Team YouTube Channel/UFO Sightings Footage/UFO News/Canva.
I always knew this was a strange story with extraordinary people doing extraordinary things. But after watching the last quarter of the video (below) I think I'm going to have to rethink what I've learnt and probably have to agree to disagree or even just walk away until more information comes to the front, if it does then that's fine but if it doesn't then okay, it's fine too.

The diver say's "it's as if someone molded it in concrete before it became solid stone.

The only real anomalous thing is the hole in this image above which is framed by a square box. In the video the guy who dove down to examine the Baltic sea anomaly actually says that this is a real anomaly because it's framed by a square box. I must admit it looks very strange. But then again it all looks strange!
Related post
Head of NASA Bill Nelson Said That UFOs Could Be Alien Technology
It's been down there for a very long time, I'm talking about the longest time you can imagine - it's turned to stone whether it was molten lava or a bona-fide UFO, it's now stone. Then add a few thousand years on to that (probably) and we are a bit closer to the real number and that's how old it is. It's said to be 14.000 years old. But personally I think it's into the millions of years if not longer.
It's 61 meters wide by 8 meters tall!
It's huge as well 60 meters in diameter, it's so large that it dwarfs anyone who goes down there to see it and it dwarfs the mini subs that have been down there in the Baltic sea to check this out and survey it. The sonar images speaks for itself.
Related post
UFO Speeding Over Korea Looks Like A Real Tic Tac UFO
It's outside skin or the material it's made from on it's surface (so to speak) has petrified. It's turned to stone (my own opinion) that takes a very long time and if it was metal then the concretion on it's outside has solidified. The build up has stayed in the original shape. or it has a very robust concretion of sea crust - like a build up on it's outside surface of shells called crustaceans, which makes it look exactly like stone.

It could also be a base made from stone. Like an underwater Alien being's base, possibly.

But the thing it doesn't hide at all - is it's shape and that's because this thing is huge! Think Millennium Falcon, think of a space ship or Indiana Jones and the lost temple of spaceships under the water. If Lara Croft knew about this back in the early 90's then it would of ended up in the film. 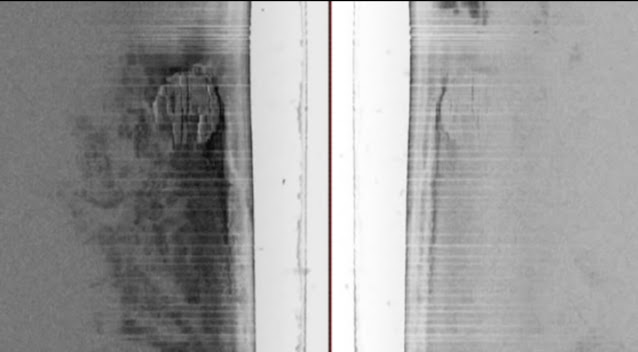 Credit: ABC News/Ocean X Team YouTube Channel/UFO Sightings Footage/UFO News/Canva.
The image first appeared on the sonar of Ocean X, a private treasure hunting company, a couple of years ago. You can see its strange and artificially circular shape. It looks something like a UFO. Also note the streak marks behind it.
Quote:
A group of treasure hunters based in Stockholm, using sonar, has found a strange disc-shaped object on the floor of the Baltic Sea between Sweden and Finland. From above, it looks a bit like the Millennium Falcon of "Star Wars" fame. It's large -- 197 feet in diameter -- and it's in about 275 feet of water. Leading to (or from) it is a churned-up track on the sea floor of about 1,600 feet.
Here's the full YouTube video uploaded by Ocean X Team:
Please share your thought's and opinions also any ideas that you might have about this amazing Baltic Sea Anomaly. I'd also appreciate it if you could share this post with someone who you think would appreciate it, cheers.
Credit: ABC News/Ocean X Team YouTube Channel/UFO Sightings Footage/UFO News/Canva.