Guy's, we're talking about a UFO sighting which is travelling faster than anything that can be purchased from over the counter, so it's not a drone.

This epic UFO sighting was filmed over Korea and it's hopefully gonna stack up and stay a concrete evidence UFO sighting.

It hasn't got any tell tale signs of foul play or any signs of skulduggery in terms of copy and pasting a Tic Tac UFO into a random piece of drone footage.
The UFO in the image below looks like it's a doughnut which if this is a real UFO, what would create this look? 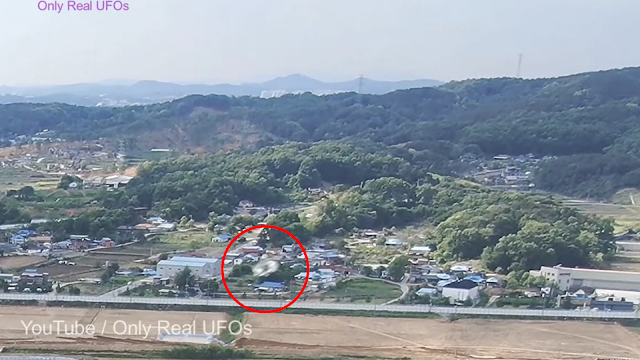 Credit: Only Real UFOs YouTube Video/UFO Sightings Footage/UFO News/Canva.
There's definitely no haze or strange white glowing around the UFO or the trail it comes from. The vanishing point of entrance looks spot on, the exit point looks to me to be spot on as well. When I stop the  or pause the video it's got a blur to it but playing it's solid. That's spot on or consistent with a real piece of video. Although it seems legit, as with any UFO sighting filmed anywhere, there's always a chance that it could possibly be a fake "a really, really good fake". There's a chance it could be deliberately misleading or just a hoax aimed at ridiculing the Ufology community but I sincerely doubt that. In fact it looks spot on to me as a Tic Tac UFO sighting.

This UFO is travelling faster than likely anything this small bought over the counter ie drone wise or RC model planes? Lee Lewis UFO Sightings Footage

Korea isn't the first place I think about when it comes to UFO encounters or something looking Alien, full stop.
Here's another jaw dropping good image of the UFO speeding so fast. 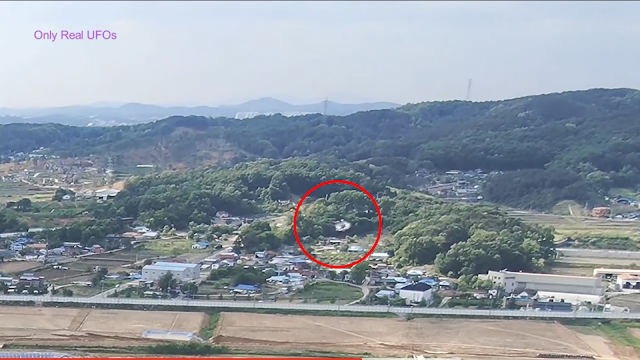 I say that this UFO looks like the Tic Tac UFOs, but there's one crucial issue about that which renders it wrong! Continue reading to find out why...

So, number one. We know that Tic Tac UFOs are 100 percent real. We know it's not another countries advanced weapons research or advanced aerospace systems or engineering projects full stop "again".
The UFO seems more round and Orb like in this screenshot taken from this exceptionally good UFO encounter over Korea. 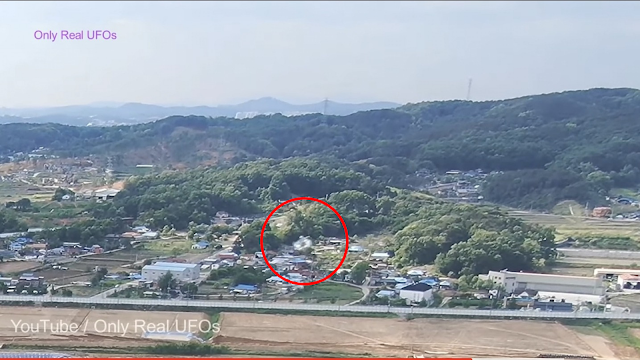 We know this by the information that was released with the UAP videos. Anyway, the US wouldn't ever release top secret information pertaining to another countries advanced weapons resesrch or advanced propulsion systems used to sit pretty in low Earth orbit and gather intelligence or be used as a multi weapons platform that can't be detected in visible light. That's right, the 3 videos released showed us 3 Tic Tac UFOs all filmed in what looks like black and white video,  but in fact it's not black and white it's actually Flir (Forward Looking Infrared).
The Tic Tac UFOs couldn't be detected in our normal visual spectrum and could only be picked up on Flir! Believe me, there's no countries in the world with advanced technologies like that except for the United States and or Germany and the UK. And if the US did not have that technology, and another country did have it. There's no way on this planet or any other planet's come to think about it that the US Government would tip it's hand and show that they know about this technology. Because the country with it could carry on using it not knowing that all along the US would be watching them. It's just not good practice to show your hand, especially when the hand you have includes invisible crafts and ships that cannot be seen with the naked eye!

Does that sound like human technology or like something else that an Alien being would have? Lee Lewis UFO Sightings Footage

So, because we can see this "Tic Tac like UFO" in the visible spectrum, I'm wondering if this is in fact a UFO sighting but of another race of beings? Is this another countries advanced aerodynamic flying vehicles projects? I mean it could be, right? We're able to see it and therefore there's a chance that it's actually a man made craft which is capable of advanced propulsion and advanced spying technology that could help it gather certain information about specific things at specific times and locations?
Related post
5.6 Miles Above Atlantic Ocean Is A UFO With Piercing Blue Light
Yeah it's all speculation and opinions based solely on what I'm seeing just like what your seeing. Yet I know that this is absolutely not over the counter technology. For one thing it's shape, it's a round sphere like Orb or it's as small as a baseball maybe? It doesn't look like a drone to me. I believe that this video was taken using a HD camera attached to a drone, so it's definitely within the height that drones can achieve.
Related post
Flying Saucer Over Barbados Looks Epic
I'd like to get your honest opinion on this and if you have the software to help filter this and contrast it better and bring out it's shape I'd really appreciate that. Cheers guy's I always like bringing this community the best UFO videos that have the strongest possibility of being a real UFO. UFO like minded people seem to get on well especially when something is been achieved, so hopefully trying to get to the bottom of this amazing UFO sighting will bring us all together. We'll, it's a good thing to aim for at lest.
Here's the full video which was uploaded to YouTube by Only Real UFOs YouTube channel:
Please share your thought's and opinions also any ideas that you might have about this amazing UFO sighting filmed over Korea. I'd also appreciate it if you could share this post with someone who you think would appreciate it, cheers.
Credit: Only Real UFOs YouTube Video/UFO Sightings Footage/UFO News/Canva.