This is a great UFO Sighting which was actually caught on camera flying over Barbados. It's a silver UFO which is far off but the zoom works fine.

This video is showing a great looking UFO which is being examined by a guy on a PC going back and forth between screenshots from far and near, smaller sized and larger UFO screegrab sized.

He actually looks like he's doing a great job withthis stunning UFO video, I just wished I spoke Spanish so I could keep up with what he's saying? Blooming YouTube captions are not working or at least not working through the desktop site in Chrome on Android?
Related post
The Most Unusual Triangle Wing Shaped UFO Filmed Over London UK
If you can translate this and post it in the comments I'd appreciate it. I really wouldn't know how to do that, unless...
Taking the audio off and putting it through an audio recorder app maybe? I'm on it, I'll be back in a moment.
I'm back! Lol, I tried, I actually downloaded the pointless Notta app to transcribe the audio into transcripts and what a load of rubbish, for real. It tried I suppose, to add text from the spoken audio file which was Spanish, then it wanted to translate it into English from Spanish, yeah it kinda didn't work like that.
So I'm gonna settle for anyone feeling "helpful" and would like to just give us all the jist of what he's saying? I would absolutely 100 percent appreciate it, thank you. I'm not that techy or software savvy so it was just me wasting my time for a good 30 minutes lol. I've given myself a solid 8 out of 10 though for effort, lol.

"If you can translate it and just give us an outline or general jist of what he's saying then I'd really appreciate that."

I'm trying to post a blog article about this even though I can't understand what is being said, but because I'd definitely like to know more about this actual UFO sighting and to be honest it's that I'm interested in and not learning a new language. Probably one of the only ways I'll get to know what's being said, is by asking people, right?

It's not a bad thing to ask someone for help especially if it's wanting to learn something! Asking for spare change is wrong unless needed but asking for help with learning something new, that's worth it's own weight in gold, I just wished more people asked to be enlightened.

Anyway's, we see that the cameraman is trying his hardest to keep the UFO centered and keep it in focus. It's looking like a hard task or near on impossible at one point further into the video. There's no way in my mind that this is a RC drone or a balloon etc as it's to far away from the cameraman to be controlling it. 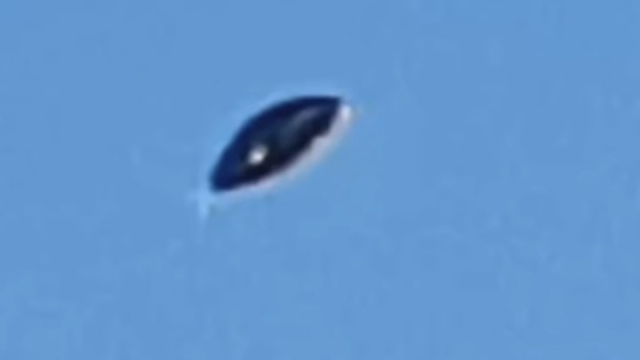 Credit: Enigmas en la Historia Ovnis Actuales YouTube Video/UFO Sighting's Footage/UFO News/Canva.
I couldn't get the captions to work on this YouTube video but I'm pretty sure that someone can let us know the outcome of what this guy tells us? I always bring you guy's a UFO sighting which is what could be real. I like to think I've got a decent sense of what's real and what's not real in terms of UFO videos.
IMPRESIONANTE OVNI MUESTRA SU TECNOLOGÍA EN ISLA BARBADOS 03/2019 CERCA AL TRIANGULO DE BERMUDAS
Translated into English it means:
IMPRESSIVE UFO SHOWS ITS TECHNOLOGY ON ISLA BARBADOS 03/2019 NEAR THE BERMUDA TRIANGLE.
I'm pretty sure that the Isla part just before the word BARBADOS was actually supposed to read "Island" of Barbados? After looking it up, yep I'm even more sure that it does mean Island. You've gotta admit that this is a great looking UFO and at the beginning of the video we see the UFO through the telephone wires which is very far away and can literally only been seen through the zoom of the camera.
This is what has convinced me that the white illuminated outline around the UFO is part of the zoom or it's a legitimate reflection or a shine coming off it's surface and means nothing. 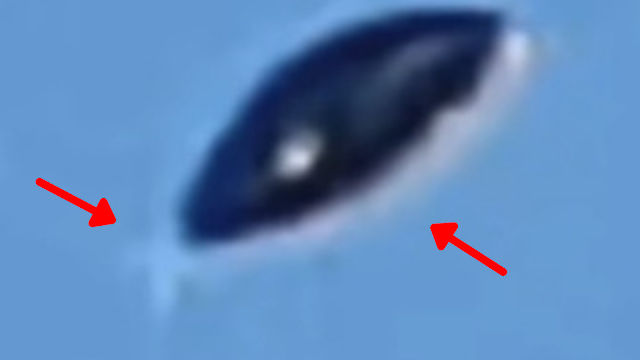