Oh My God, Alien ship Discovered In The Kuiper Belt

The ice in the Kuiper Belt is hiding a few strange UFO like vehicles or the rocks with ice. This is what apparently the scientists says is there.

The Kuiper Belt, an icy and mysterious place which up until recently was just a different place with strange looking fragments of rocks combined with huge ice particles and massive gas clouds which long ago used to be part of the building blocks of life.

In 1992, the Kuiper Belt was discovered, an icy outer barrier that is littered with some of the strangest structures that has ever been seen. Now it seems that some scientists have dared to be "themselves" can you believe it and these guy's are saying what a lot of people on the fringes have been saying for years that there's things there that do not fit into conventional formats and some have gone on record to say that theres Alien craft's there... It's a really interesting subject, so let's dive into the Kuiper Belt! 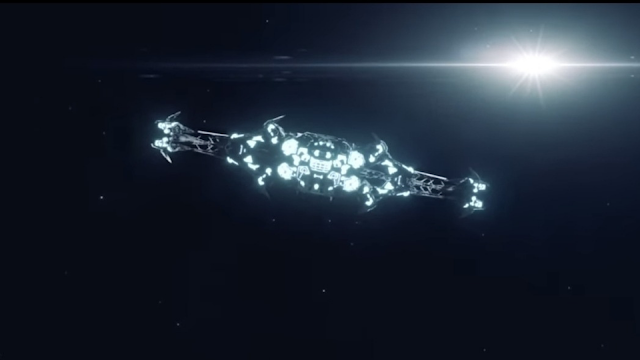 There's no way to look at the Kuiper Belt other than what were been shown. Imagine it been a very strange reality within the universe where everything is inside out, upside down. If you could have a look into the Kuiper Belt, how would you describe what you are seeing? I'm having a hard time explaining the Kuiper Belt, and I'm just imagining it but based on just a few photos with guidelines from the scientists. It's very hard place to describe if you have not heard of it before. Here's a NASA rendered image of the Kuiper Belt: 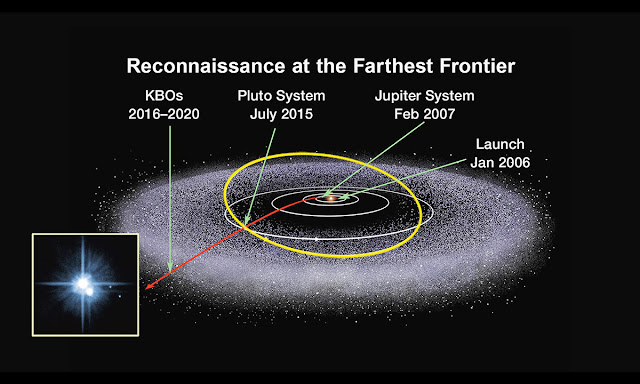 But now, after painstaking work and numerous research discoveries, scientists have discovered that there's a lot more to the Kuiper Belt than meets the eye! After numerous telescope images and satellite photos, plus massive amounts of data that have allowed the NASA team to put together the vast images of the Kuiper Belt, we've actually discovered more than we could have ever imagined. What's been found is gonna be ringing in the ears of history for a long time "believe me". An Alien ship has been discovered and mark my words, we either announce it in the mainstream media or the power's that be will definitely bury it. It's probably to late anyway because ive not heard anything about this as yet, but there it is, in all it's glory but for the few who actually take notice of whats been discovered. Oh well, people are still asking if UFOs are real, even though we've had disclosure with three UAP video's. I scratch my head sometimes wondering if people actually listen to the news...

Once upon a time, long, long, ago. Human beings discovered that we are not alone in the universe. Discoveries on Earth of Alien craft's means that these UFOs came from somewhere in this reality, right? That analysis makes complete sense to anyone who pays attention to the public announcements of the people who are at the forefront of science and technology including engineering, physics and astronomy including mathematics and computer science. Alien craft's in the Kuiper Belt, it's coming straight from the people who have dedicated their own lives to understanding the universe, this should be taken as an expert opinion. But it's usually laughed at which, as you can understand, it's not my research, it's the scientists own work. How can we say no to a scientific research study when the facts are the facts? These scientists have many factors way above our understanding of the universe, and yet a lot of people think that their "basic information" is far more insightful than a say an astro physicists. It really does not make any sense to me. So, I tend to pick what I think is the most important, the most interesting and that's not a bad thing at all.

Tit bit of information, travelling the 4.2 light years (25 trillion miles) to the nearest star, Proxima Centauri, would take thousands of years with our current technology. If it left the Earth now, a spacecraft like the Voyager – which is currently exploring deep space just outside our solar system – would arrive in the year 75100.

There's nobody looking outside of Earth and so far away from Earth as much as these guy's at NASA are. There's one guy called Borisov, he's made his own telescope and was the first to spot lot's of unimaginable and very important space structures. Read this link for more amazing information. The Hubble telescope has been delivering exceptional and extremely "spacial photographs" with vast amounts of data and the whole thing has been such a magnificent embodiment, it's become a human being triumph. We invented the Hubble telescope because we knew we had to peel back the layers and now we know for a fact that a deeper look was needed.

Since we began exploring space, we've been looking farther out in the solar system to see what's there, and in 1992 we discovered the Kuiper Belt; an icy cold and dim region beyond Neptune's orbit. There have been a lot of interesting discoveries there recently, and some strange and mysterious objects have been found floating around in the belt… and one of these has scientists completely baffled. What are these objects, and is it possible one of them is an alien ship? Get ready to find out the answers to this and more!

Here's the extraordinary video which was uploaded by Destiny YouTube Channel, please enjoy this one:

Please share your thoughts and opinions on what I've written about, remember that if we all come together to make a difference, we might get to the real truth, cheers. Also, please share this post with someone else who might appreciate this, thank you so much.