Perfect Parallel Tracks On The Moon And Domes

The Moon has been discovered to be harbouring Extraterrestrial entities within domes and tracks are coming from the habitats on the moon.

This isn't proof of Alien craft's or Aliens manipulating vehicles "recently" because these tracks could have been made thousands of years ago!

It's a case of "we've found something that looks unusual leaving tracks on the Moon. It's not because we've got machines that will leave similar tracks on the Moon, but rather these tracks come from domes on the Moon and to hide multiple vehicles, the all travel in a line so it could look like one track trom one vehicle!
This must be taken into account because these teacks are very deep! That tells me a few things...
What that means is it could be nothing more than an asteroid impact.. Is that all we can learn from the tracks and dome, i think not and there's expert's advice which says that this could be something else entirely different to the traditional "it's a natural formation" we could be looking at a coincidence but as you know, i don't believe in coincidences... 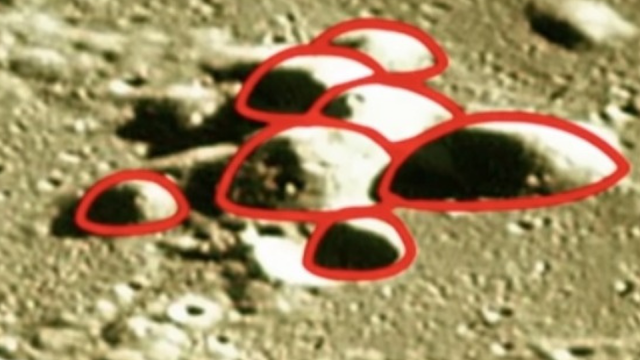 Credit: History YouTube Channel/UFO Sighting's Footage/UFO News/Canva.
Moving rocks flung out from a asteroid impact, rolling outwards from the initial impact crater perhaps, maybe? Or are we looking at real, bonafide vehicles tracks?
Related post
Rocks On The Moon Moving By Themselves Avoiding Craters
I suppose that because this is pretty much a sterile environment, we could work out how heavy the objects were that left these tracs and if the parallel tracks are the same, well then we have our answer that a vehicle left these, but if the tracks are different indentation, different depths then it's not a vehicle. 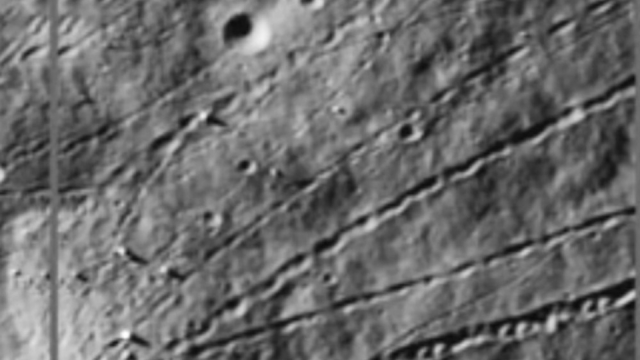 I know that science can tell us a lot, I'll reach out to science in this case because it's easy to determine, right?
Here's the extraordinary video which was uploaded to YouTube by the History Channel:
Video description:
Speculations arise after NASA releases a picture of the moon's craters that many believe to be created by an ancient interstellar civilization, in this clip from Season 1, "Ancient Sounds and Moon Mounds.

The Proof Is Out There investigates the world’s most mysterious videos, photos, and audio recordings, and uses the best technology and experts to render a credible verdict. Each episode analyzes and passes verdicts on several seemingly impossible things “caught on film,” including giant beasts, UFOS, apocalyptic sounds, hairy humans, alleged mutants from the deep, conspiracies, and many other cases. Host and veteran journalist Tony Harris takes nothing for granted in a quest for answers, tracking down eyewitnesses, putting each photo or film through a battery of tests, calling out the hoaxes, and highlighting the most credible evidence in an attempt to better understand our world.

The world is one thing that we can't see at all, but the Moon is what we see can see if we look up at night. We see more of the Moon than what we do of the world! We should take note, telescopes are a good way to see the Moon, just check some of the real, amazing, jaw dropping video footage of the moon.
Credit: History YouTube Channel/UFO Sighting's Footage/UFO News/Canva.