This is one of the best Lunar surface anomalies that we're gonna see because this is probably the (if not the only) largest concentration of UFOs.

This isn't some pixel glitch or a TV camera with dust on it's lens and it's most certainly not a hoax unless you consider NASA as been the biggest hoaxer.

What this is, it's a straight up anomaly on the dark side of the Moon. These are perfectly spaced apart in some instances and it's almost as if these are left in place as beacons of actual fleets of UFOs but resting? We've seen huge clusters passing by the ISS in post's I've wrote in the past which shows on NASA's own ISS Live Feed UStream cameras. It's the strangest thing to see clusters of UFOs passing the ISS and the screen going off as usual due to technical difficulties. 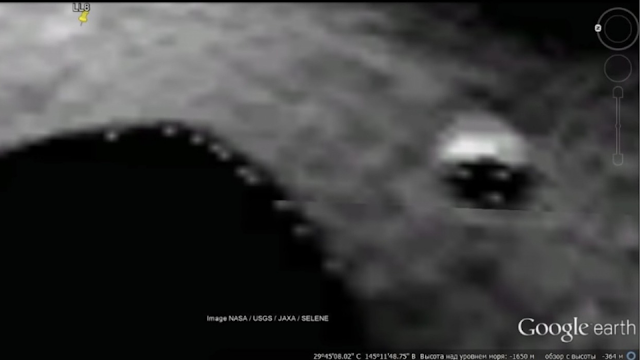 Credit: Google Earth-Moon/SheshiBesh YouTube Video/UFO Sightings Footage/UFO News/Canva.
Are they amassing an armada or fleet of them?
Are these the UFOs which the Apollo astronaut said was watching them from the side of the craters?
If so, then they've had a few "friends" join them since the early 1970's late 60's.
Quote:

There's no way these are fake as they're Google images and from Google Earth! This is a massive breakthrough in disclosure I really believe that.
You'll immediately see structures and UFOs at these coordinates here but if you just move around going from crater to crater you will see amazing unexplained things?

There's UFOs and buildings, structures, lights and there's hundreds of them! Some small, some huge and some are just down right intelligently made and obvious architect on the Moon and they shouldn't be there.
Google earth Pro Coordinates:
Latitude: 30°54'38.31"N
Longitude: 146°35'45.91"E
Related post
Cosmonaut Yells "It's A Ship" Referring To A Large UFO Next To The ISS
These UFOs are almost the same as the white UFO Orbs that we keep on seeing everywhere in the world right, I'mnot the only one thinking this. They must have come from somewhere right, these UFO Orbs must also go somewhere because that's common sense, things do not disappear unless they're caught by UFO recovery teams. 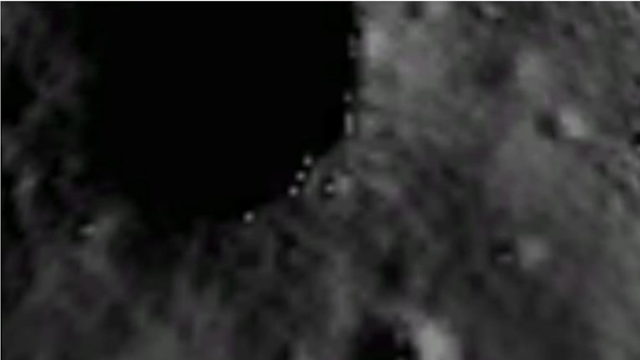 Credit: Google Earth-Moon/SheshiBesh YouTube Video/UFO Sightings Footage/UFO News/Canva.
You get my meaning though that for someone to see and record a UAP and it get away from the Navy pilot, it must be somewhere either hiding or it's still travelling in space going home? But my guess is that it's hiding out in Earth somewhere?
Here's the full video which was uploaded to YouTube by SheshiBeshi Channel:
Please share your thought's and opinions also any ideas that you might have about this amazing UFO cluster spread outbover the Moon sat on the edges of craters. I'd also appreciate it if you could share this post with someone who you think would appreciate it, cheers.
Credit: Google Earth-Moon/SheshiBesh YouTube Video/UFO Sightings Footage/UFO News/Canva.