The Puebla sinkhole is located in the town of Santa Maria Zacatepec, Juan C. Bonilla municipality, Puebla, Mexico. The UFO was here in Puebla, Mexico.

Tube shaped UFO filmed over Puebla sinkhole sinkhole and it looks like another UFO sighting.

The Puebla sinkhole is located in Mexico, a place called Bonilla Municipality. 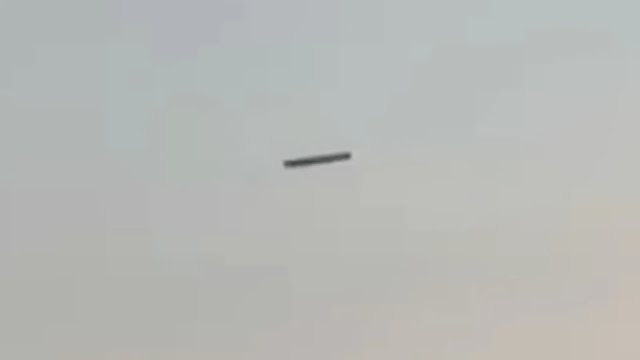 Here's the Cigar, tubular shaped and extraordinary image of the "Puebla sinkhole UFO" filmed over Bonilla - Municipality, Mexico. Unfortunately, no date, no time or year but that's okay because it exists! 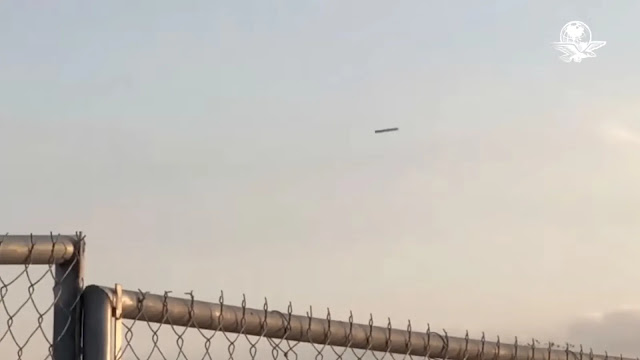 Credit: Wikipedia/El Universal YouTube Channel/UFO Sighting's Footage/UFO News/Ufosfootage/Canva.
The Cigar shaped UFO is absolutely in line with another UFO sighting which I reported on, in fact I actually thought that it was that same one but as it turned out it's a different one, which made me start looking for the other smaller UFO object's because the last one I reported on, 2 smaller objects actually flew up to the larger Mothership and entered the UFO on camera. In fact that sighting was posted (plastered) everywhere online so you might know which one I'm writing about? I'll add a image of it to jog your memory. Below is the title of the YouTube video.
They capture a strange object on video over the Puebla sinkhole 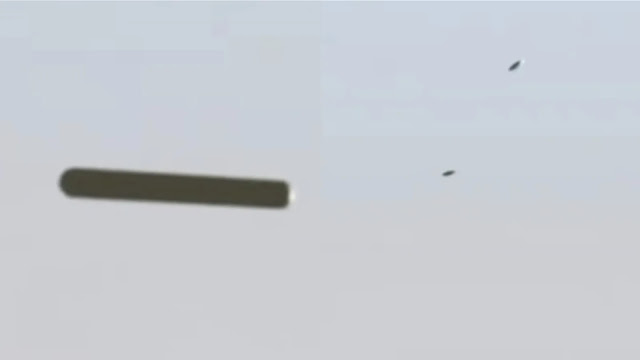 That was just unimaginable, it ticked every single box imaginable. This Cigar shape UFO being filmed right near to the sinkhole, it's a truly strange sight. It's like having 2 phenomena almost because it's the raw energy of the sinkhole and the destructive power plus it's abilities to change the Earth - versus the truly unimaginable speeds of the Cigar craft, it's the unknown strength, the unknown exotic technology and the unreserved perceived possibilities of an Extraterrestrial craft which in my own personal opinion are equally measured!
The eye witness and the video presenter are talking in Spanish, we can definitely translate the spoken word through automated captions (I suggest turning them on for the YouTube video) but for now, if you can translate the important stuff that's been said could also write it in the comments section below, cheers for that as it's for other's.
YouTube video description:

A youtuber recorded the exact moment in which a strange object flies over the famous Poblano sinkhole… Here the images!

Wikipedia:
The Puebla sinkhole is located in the town of Santa Maria Zacatepec, Juan C. Bonilla municipality, Puebla, Mexico. It is found 93.7 kilometres (58.2 mi) east of the state capital of Puebla, and 212 kilometres (132 mi) east of Mexico City, at coordinates 19.1257, -98.3738.
Here's the extraordinary video which was uploaded to YouTube by El Universal channel:
If you know anyone who would appreciate what's in this post, please can you share it with them, thanks. Also if you have any thoughts or opinions on what is going on in the video, post etc please share them with us all in the comments section below, cheers.
Credit: Wikipedia/El Universal YouTube Channel/UFO Sighting's Footage/UFO News/Ufosfootage/Canva.