Something Definitely Escaped From An Antarctica Secret Base

There's a large entrance in Antarctica where a large entity or thing has been photographed from satellite. This thing looks like it came out of there.

Here's a video showing before and after satellite photos or footage if you like of what appears to be an escaped "something" from what also appears to be a secret underground base.

If I've brought you one strange event that happened in Antarctica then I must have brought you to a million strange happenings from this bizarre filled land of strange secrecy. From Admiral Byrd to the Hollow Earth theory. I've also covered Flying Saucers which are obvious to see from satellite imagery. 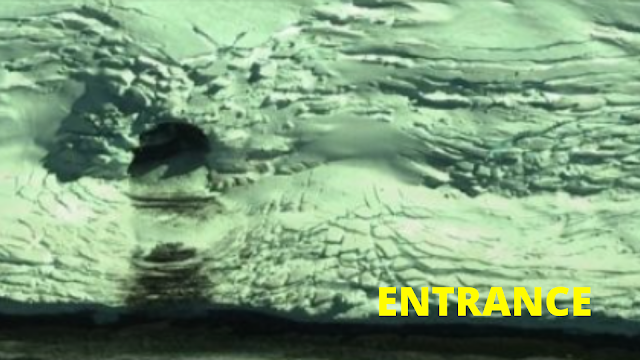 I've brought you *Tanks in Antarctica in a four pronged formation watching over a crashed UFO which people said was the foundations for a "science project's HQ" and that was the most absurd opinion yet or unless Antarctica house foundations now have turrets and whopping massive guns like 120 mm smoothbore gun which was on these! Yes, the Tanks guns were all trained on this UFO! 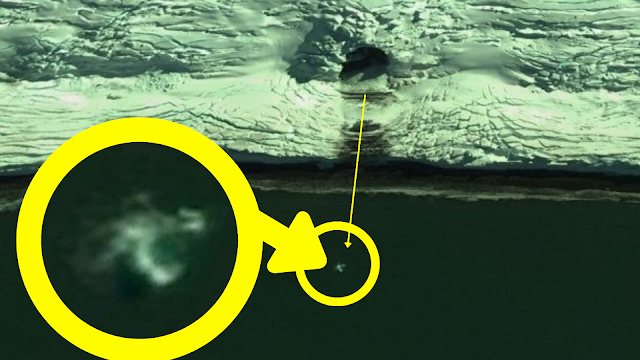 King George Island in Antarctica has a possible entrance to a secret underground base, underground cavern, layer of an unknown creature or the Abominable Snowman lol. Okay, scratch the last couple but guys, before and after satellite photos shows that there's definitely an entrance, it also shows something coming out of the entrance and it shows that there wasn't this "entity or being or just plain thing" in the water before but then it's there in a later satellite photo. 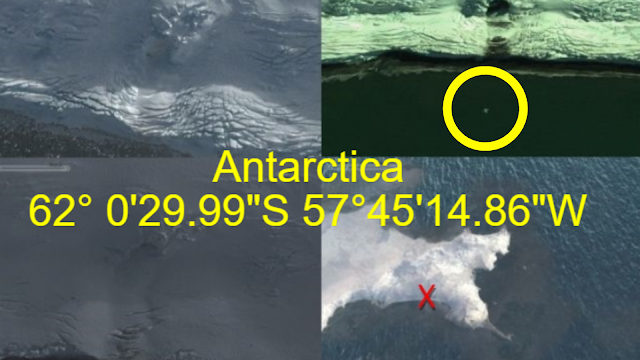 So, I am only surmising what is said in the video, this isn't my typical post as I primarily focus on UFO evidence and UFO sightings. But, seen as though it's Antarctica which has been the backdrop for a many, many conspiracies either ancient or recent especially with the US military recovering UFOs and having secret bases on the surface half buried in the ice, I thought I'd go ahead and bring this story to the people of this corner of the blogosphere.

So, UFO Mania, The Truth is Out There which is not my fave  YouTube channel I must admit because of the PC voice (I agree with using it for disabilities only) but this channel uses it for anonymity, hiding themselves. There's nothing wrong with that, I suppose.

Anyhoo, crap as it is, let's delve into this crazy looking entity...

I'm certainly of the opinion that UFO Sightings Hotspot on Blogger is onto something though. There's a real chance that something special has been caught here? Equally though there's a similar chance that this is nothing but an old fisherman's net brought there by the currents, underwater stream, whatever it is, it doesn't look like it belongs there and seen as though there's a massive entrance right near it, what's the chances of this thing coming out of there?

YouTube video description:
We know that Antarctica has many secrets related to the UFO and aliens phenomena, could it be that the massive hole leads to a secret base built into a giant ice-cave and something broke out?