NASA was filming a huge UFO in the Earth's atmosphere and released the evidence probably thinking nobody would see it. People are looking at them now.

NASA did something that they've - probably, more than likely, regretted ever since doing this, I'm talking about when they released Gemini 11 Mission photos of a massive UFO in the clouds of Earth.

I'm aware that the word regret and maybe is just an opinion of mine and that I'm "only, making assumptions" and putting my own spin on it but it stands to reason that maybe they will be regretting it... They should be.

"The disk has a dome or hump at its centre and is thin on its edges.

"This is 100 percent proof that aliens are watching and recording the human race in space."

"The transition of humans moving from earth to living in space is a huge step for any species... And this is something very rare."

Unless it's part of the whole UAP video disclosure which is to drip feed UFO evidence very slowly to the public, which shows Aliens exist and that's as cold as they come. 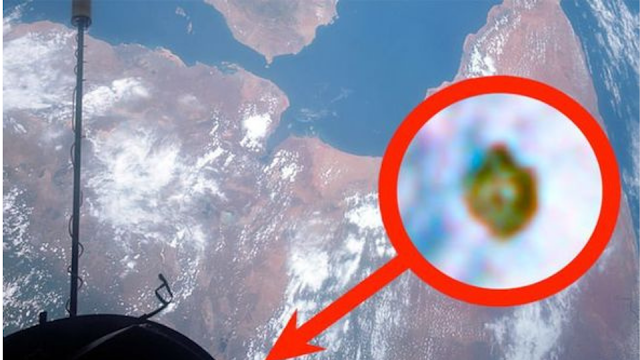 UFO sighting: What is this object seen in NASA's Gemini 11 mission? 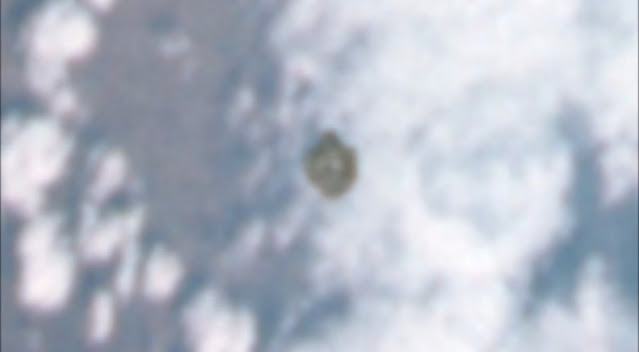 Even closer look at the UFO below. Thanks to UFO Sightings Daily for posting on this also. 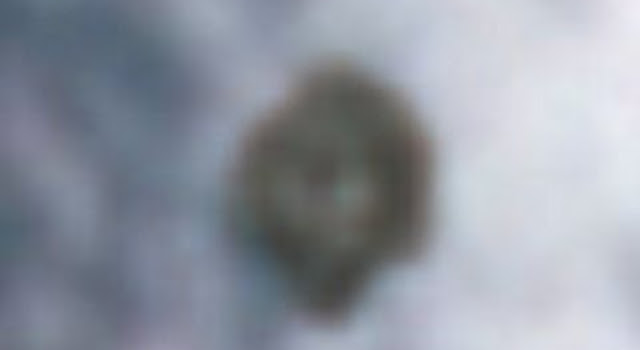 Please enjoy this amazing UFO video brought to us all by Streetcap1 on YouTube.

Below is another UFO - it's actually a massive mile long UFO found in NASA’s own evidence. Here's the post I did about it. 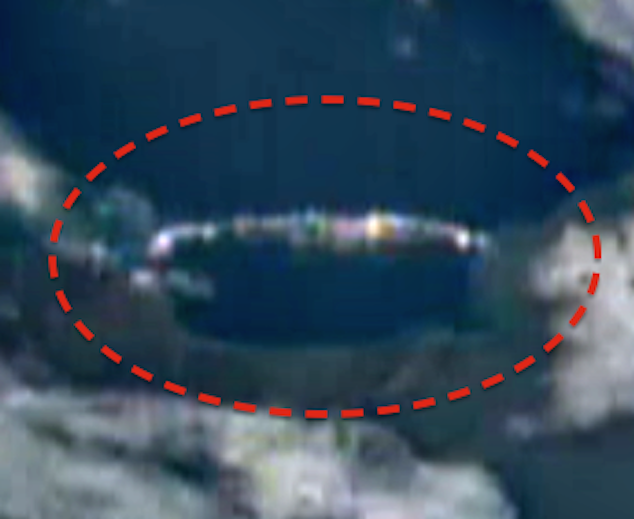 If it is then they're not feeling regret at all, it's all part of a huge conspiracy. Here's my best guesstimate as to why we're being allowed to see it at all.

"To round it all up in a nutshell so-to-speak, it's to send a huge message to those paying attention within the public - that Alien life exists."

The US Government is aware of the Alien presence, it's practically confirmed that when they released the three UAP videos.

I always go back to these UAPs because they were the Pentagon's and the Government's first attempt at Alien disclosure, bless their smelly cotton socks. They actually gave a statement as to why they were even releasing the three videos in the first place:

There's actually another, totally separate UFO video which was filmed by a stealth Navy ship and this was only filmed in July of 2019! It was a couple of years ago and it was sent to NBC News who broke it. Here's a link to that amazing UFO story. Check out the photo below... 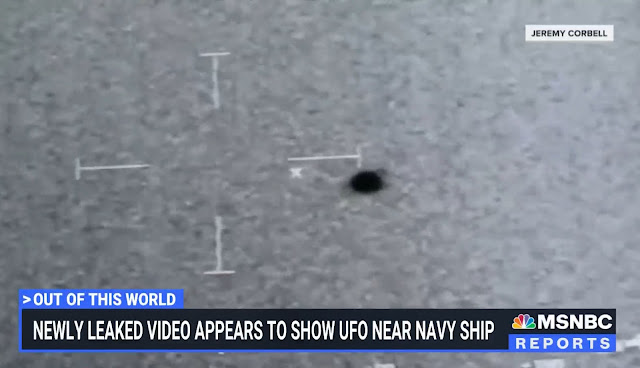 The little bit of info that was with these Flir videos was truly amazing and historic videos from the US government (through the US Navy) do not come easy! Was it that these crafts are not man-made, was it that they are totally unknown in origins and they are definitely not another countries invention.

In fact also, they have "in a round about way" insisted that they are not made in another country or part of any advanced aerial vehicle program started by a private contractor, company or start up even! They said all that when they called the three videos UAP's (Unidentified Aerial Phenomenon) because human beings don't deliberately invent phenomenons do they!

So, reading between the lines, if that's how they feel UFO and Alien disclosure should happen then that's okay with me but I would like it to be direct and not have to decipher it.

Disclosure can happen in many ways for example:

The unclassified report - which has been compiled by the director of national intelligence and the secretary of defense, which is aiming to make public (next month, by delivering it to Congress in the US in June of 2021) on just what the Pentagon actually knows about UFOs (Unidentified Flying Objects) and the data analyzed from any such encounters that we know about and don't yet know about. That's going to be so interesting.

The ISS has been giving me and other UFO enthusiastic researchers lot's of great Alien sightings and UFO pie in the skies for a long time so to be told that they are what we said they were, it's a great feeling.

And all of that UFO evidence, it's based on their own evidence so it's kinda hard to take knowing that they knew all along and went out of their way to not help, deny us, spend money on scientists and other people that would say what they wanted them to say. It's hurtful and if you don't know about it, you should look it up.

People have died before we got this incredible confirmation not knowing that they were right "100 %" and that the authorities at one end knew, while the other end went out of their way to ridicule and deny them what they knew was right and true. Of course, we only know now that they (the Government and the Navy especially) knew all along.

The dates of the video's (of which there's more) tell the story best which were taken by the Navy Pilots and then passed on up the chain of command and the UAP's where then studied, experts brought in, other countries advanced technologies probably came under intense scrutiny and of course, they knew that no other countries were involved with them.

These UFOs were Bona-fide Extraterrestrial in origin and they knew this yet said nothing, all the while still damage was being done and yet again they still, did, nothing!

NASA knew about the UAP's.

I'm in "staggered awe" of their total disregard of their own ethos and moral compass. They ask for funds to be able to look for what? I'll tell you right now, they ask Congress for fund's all the time to look for the existence of Aliens.

They advise Congress on all aspects and all matters relating to space, what to do when Alien life is detected. They said and I quote "for NASA to be able to do it's job effectively, they need total transparency and cooperation and support from the Government".

They (NASA) got the funding, and they got the support from the US Government - but did we the public, the people get what they were saying that they should get?

I'm not to sure what we got, be we definitely didn't get the answers that they had all the time, all along...

For the right thing to do at that time would have been to call a press release, announce their findings ASAP and as they "was" the leaders in that field of looking for evidence of an Alien presence they had a duty to tell the world not just the US people.

the moral judgement they sadly chose,  and how they come across as very disconnected from the public which they are definitely not serving or repairing anytime soon. It's either that or they really don't give a flying f**k for or about the standard protocol? Seriously though I'm nd it seems like they have a reality all to themselves...

IT'S A BIT LIKE THEY (NASA) ARE CALLING ALL THE IMPORTANT SHOTS WITH THE AIM OF STAYING STUM. INSTEAD OF INFORMING THE PUBLIC ON MATTERS OF EXTRATERRESTRIAL ENTITIES, THEY CHOOSE TO BE QUIET AND SAY NOTHING!