Insane Massive UFO On Live TV It's Blatant As It Gets

This is a fantastic UFO video, caught on Live TV in Argentina on the news. Todo Noticias. They actually said it was a hoax but I highly doubt it.

Is this UFO video ten steps ahead of a smoking gun UFO and is it way ahead of the UAP videos released by the US government.

Let's get to the bottom of this complicated and very strange UFO video. It's upside down and inside out but only because of the way the TV station reacts, read on for the juicy gossip.

It might even be as good if not better than most UFO videos.

I genuinely thought so, but as the more I look into this it seems like some unknown people are saying it might not be all it seems to be? That the TV station actually released a statement which said it was a hoax, no explanation, no telling us why, nothing whatsoever about anything surrounding the supposedly hoax, which by the way they haven't even talked about it or anything else like that. 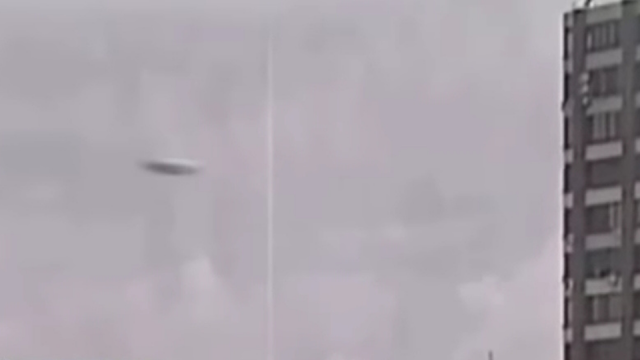 They did a hoax, but never told anyone let alone the anchors, they didn't point it out before the show or after the show, and they only admitted or confessed to it when they were asked about it? 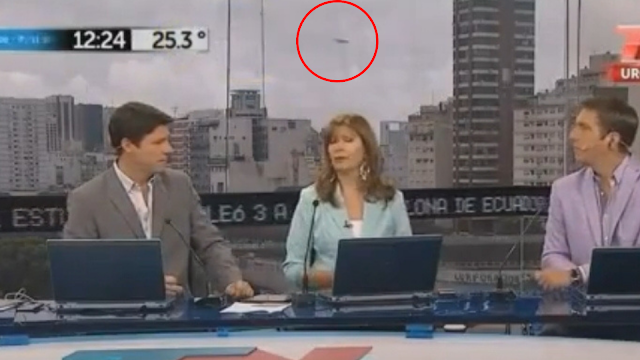 This screams cover up! Here's an excerpt quote from the Mysterious Universe website whom I believe from reading the story initiated the initial discovery:

Some of the commenters on the YouTube page say they saw the broadcast and others report they saw the actual UFO flying over Buenos Aires. The network website doesn’t appear to acknowledge the UFO and has no explanation of the video.

While TN doesn't offer an explanation as to who was responsible for the hoax, it released this statement on its website saying: "The truth is that the video was edited and the UFO was added digitally.

"Here we show you the original video, without editing, with the full minute from 12:24, the moment in which someone wanted to fabricate a UFO on the air at Todo Noticias."

It's a strange kind of truth because even the answer that they gave sounds like a pre prepared answer as by the time it was said, things had changed! It's mind blowing that Argentina news stations would bow down to pressure and present total bollo** on behalf of a third party or other.

I was born at night but not last night.

I thoroughly believe that they was told not to make a scene of it or if anyone was asking about the UFO sighting, to just say they was playing a joke. To say that they was responsible for the CGI UFO on Live TV. It's full of holes this so-called answer. It actually brings up more questions than answers! And that's why this is insane as I say in the title of this post.

All this writing below from here is what I had written before I found out about the TV company putting out a statement and confessing to the "supposed" UFO hoax:

This is live TV looking out over Buenos Aries and the fact that nobody in the editor's room saw this UFO tells me that the TV news channel is rubbish as far as daily news goes. How the hell did it go unnoticed by the crew on the set of the news channel? An Eagle eyed viewer watching the TV news channel saw this and thought it was amazing enough "and" enough of a significant one that he's recorded it himself and shows it to the whole world. That's an awesome thing to do because otherwise it would of been filed in the B section of the filing cabinet. B stands for Bin!

It's white, it's speed is quite fast and constant. Its travelling in the sky actually not that high but in fact it's about on the limit of what a fairly decent drone can legally fly at...

I'm not saying that it's a drone but what I am saying is that you should keep that bit of info in your mind as we can't rule it out just yet. But why haven't other people recorded this on their mobile phones or why hadn't it been seen on cctv yet?

Someone somewhere has this on their cctv and of that I'm convinced. All because it's downtown, it's in a well known place, it's flying lower than what you'd expect a UFO to be flying at and it's not that high up considering the buildings could be it's undoing. The simple fact that it's being filmed in the daytime and by a professional TV company means there's lot's of potential here for this to be huge!

What else happened on this day in the surrounding area where this UFO was filmed and how many people could there be (without knowing it) that have caught a UFO possibly Alien in origin, on their own personal cell phone?

White UFO Disk The Size of a 747 Over Dubai

Looking at this like that is mind blowing, but back down to reality, nobody is going to look through their videos right just on the off chance that they might have film albeit unwittingly a UFO. Who could blame them because people have lives and in this day and age although UFOs are more acceptable than previous years, it's still looking for UFOs and that still makes a lot of people very uneasy.

The image below is unrelated but I just want to show you what else is out there that is flying in daylight and is not concerned with human beings seeing themselves. Just like the UFO everyone saw on the live TV news channel.

Nobody wants to be seen as "that UFO guy". Nobody wants to be labelled as the lunatic looking for Aliens on their cell phone. I realise it's a big ask, no, it's a huge ask, for people in Argentina to look through their phone for UFOs.