In Milwaukee a guy caught a double UFO sighting on his camera just a few weeks back. The 2 UFOs we're spinning around each other and flying erratic.

This is unbelievable footage of 2 UFOs literally spinning around one another and the eye witness filming it all was able to get 2 videos of it.

Your in luck as the eye witness was able to get some photos from the actual UFO event as it was happening. The video he took, he didn't really zoom in that much but it's still a very good UFO video. 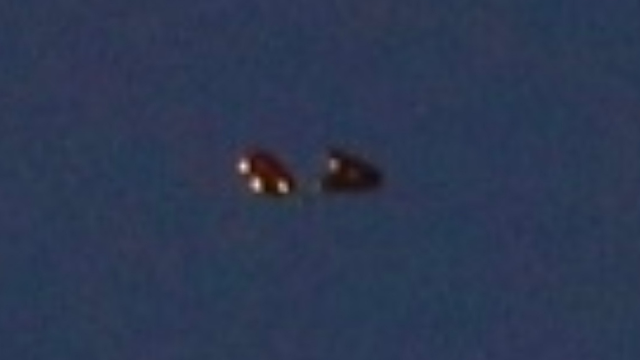 Credit: UFO Stalker/MUFON/UFO Sightings Footage/UFO News/Canva.
Milwaukee is in Wisconsin in the US with an average UFO incident rate pretty much normal or the same as the "national average" and yes that's a thing. In fact check this quick quote:

The five states with the most reported UFO sightings per 100,000 people are all northern states, and three of them – Vermont, New Hampshire, and Maine – are located in New England. By comparison, UFO reports don’t fluctuate much during the year in southern states, where weather and daylight conditions don’t vary as much.

There's a massive difference for some reason why all the northern states in the US seems to be getting a lot of UFO activity... Remember to keep an open mind because they have to be coming here but from somewhere other than "Canada" as that's what this quick quote from 247 Wall St would suggest as UFO sighting's seem to be more reported the further north you go? Anyway, back to this simply stunning evidence of UFO activity in the Milwaukee area.

It's a dull brown color (both of them) and every now and then they both glow and it seems that they do it together as opposed to both blinking erratically? If these UFOs are spinning around and revolving around each other, who or what is controlling their behaviour? That's a valid point to make, right? 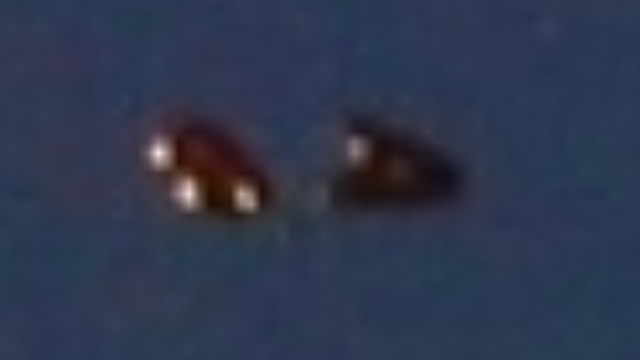 Seemingly the eye witness forgets that he (definitely a he) can zoom into the UFO but unfortunately he didn't do it. We do see a little zoom but not like the full zoom that I'd expect "especially with a good smartphone".

But, that's just me and I get that we're all different. We have to be grateful that he filmed it and reported it to MUFON. I've gone through MUFON's official media storage website called UFO Stalker. I'll put links to it below at the bottom of this post. I've gone through UFO Stalker because we don't have to pay a subscription fee to access the site unlike MUFON does charge for access.

Here's the full description from the actual eye witness that filmed it, you can find the full statement on the UFO Stalker website here.

I witnessed these 2 objects spinning around each other in the daylight. initially they hovered, then moved west, then up and away, out of sight. the lights seemed to be in a string and changing length, but the photographs i have are 2 shapes. they are seemingly red bodies with amber lights. i was sky watching with the intention of seeing a ufo as well, after a different experience just a week prior. two nights later i saw a star like light appear just under polaris, which i happened to notice was out of place because itâ€™s the view off my patio and i sky watch a lot. almost as soon as i realized it was out of place it faded away. nothing has been there since. this is the same spot the other object was first observed. this is in midwest united states, a mile from a great lake. My most reasonable explanation is 2 balloons tied together and reflecting sun.

Other images i have do show the gold lights being in an on/off mode though, but that could mean that was a gold part of a balloon? i also have photos that show the lights defying that logic by being off while towards the sun and on when away. photos are from a canon rebel and telephoto lens, then zoomed in and cropped. for the record, it had an almost-dead battery, no memory card, and a short lens on it when i found it in the house and i ran around finding everything hoping to get at least one good shot. it was comedic in hindsight, and i did miss about 2 minutes of it being present. video is an iphone10 zoomed in as far as i could.

Here's the full video of the 2 spinning and revolving UFOs as filmed over Milwaukee in Wisconsin, US:

Please share your thoughts on this stunning UFO video, if you're from Milwaukee or anywhere in Wisconsin and you've seen it or anything that looks like these two UFOs then please let us all know, I'd appreciate your feedback on this, cheers.