Seriously guy's, scientist's have detected an anti-universe operating backwards. It's probably imploding not exploding outwards like a heartbeat.

The universe is going backwards or as the "big head's" say there's an "anti-universe" operating side by side.

By the way big head's means scientist's. You know, the one's totally putting the planet Earth in danger constantly, like on a daily basis! I get into this a little bit later.

Here's a fantastic quote from the actual story:

If true, it could explain where dark matter comes from. Could a backward, mirror universe explain the existence of dark matter?

If an anti-universe exists, it would run backward in time, before the Big Bang.

Dark matter, then, could be right-handed neutrinos implied by the mirror universe.

Scientists believe there could be an “anti-universe” somewhere out there that looks like the mirror image of our own universe, reciprocating almost everything we do. If this theory holds true, it could explain the presence of as dark matter.

This is a really good way to explain the existence of dark matter because it's gotta come from somewhere, right? And as dark matter has been described as anti-matter so maybe it's from the anti-universe which is supposedly running backwards? 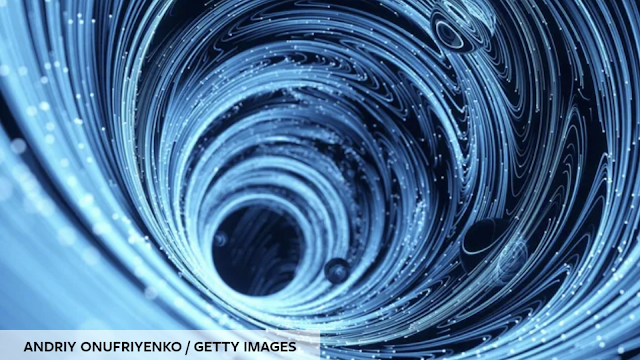 Like if say for instance, your born and you live for say 80 years, does your life cross paths with the anti-universe at 40 years old? A bit like erm, to be honest it's extremely difficult to imagine how anything at all would work inside of an anti-universe.

Military Opens Up On UFO In Amazing Footage

Because of the light bouncing off surfaces, reflecting off surfaces and finally our eyes are capturing the light at the back of the eye, well what's going on here inside of an anti-universe? Or does everything just have an extra molecule at the atomic scale. I've just looked it up and omg there's an actual theory for this, so this what I've just written gives me a huge boost. It's not a lot, it's not a huge theory but it proves to me that I understand it which is huge, to me. It's called Kaluza-Klein states. And because it's related to CERN, the Large Hadron Collider it tells me yet again that I'm on the right path and I've got a small understanding of it.

Here's an extraordinary CERN, Large Hadron Collider image with a scientist stood inside of it. It looks like a Stargate universe photoshoot only this real one (if it's one) is huge!

Look at it, that's a Stargate! 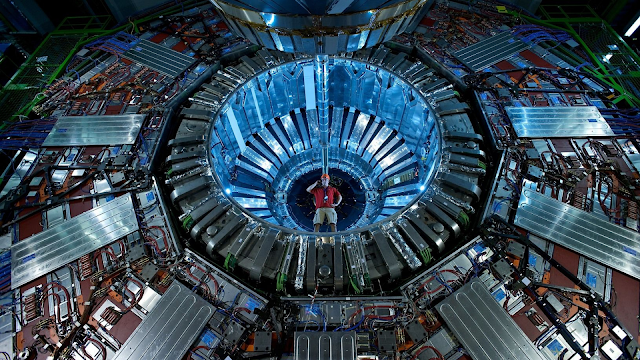 And on another point regarding a human been 80 yrs old and at 40 years old the anti-universe equally crosses paths with the second it's at the equal point of your lifespan. So does the universe follow this same path and equally to the second in time is there a half way point? But, if it's an anti-universe, are the laws of physics fully functional or are they literally turned upside down? I suppose if everything was to follow the anti-universe rule of opposites going well, the opposite direction, wouldn't that just be constant chaos hence a big bang?

So maybe the real question is "the remnants of the big bang", is that the signature of the anti-universe because there's got to be a way to detect it even if following that same rule means we should never come i to contact because it's literally impossible even if we wanted to? So, because these scientists have discovered a way to possibly detecting it (the anti-universe) isn't that impossible science? It should be that the two should never meet, not even at a point of contact, not even to measure or just detect the opposite anti-matter... 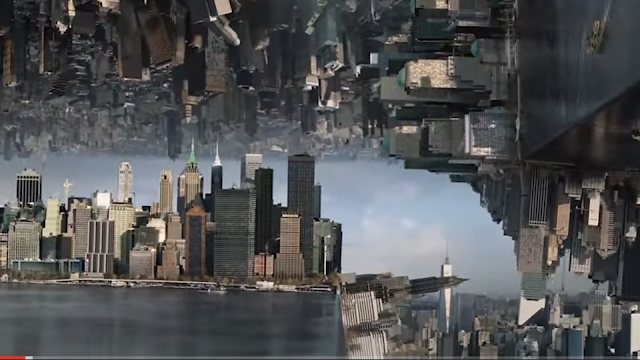 Look, all I know is that when we start messing around with the heavens, the unknown from which there's no teturn, from which the consequences are irreparable, unimaginable and catastrophic events would slowly build up until it becomes all consuming and yeah, you could look at it as a slow motion reality bomb! Conventional thinking has one way of looking at explosion's, fast, blasting outwards or imploding inwards but still at speeds that are literally off the charts, but messing around with the large hardon collider for instance, these guy's can suspend materials called the building blocks of the universe in the very, very beginning of the big bang.

It happens in a tunnel where they collide lead ion particles together at or near the speed of light to replicate the big bang point millisecond after the big bang and investigate how existence came into being - also the scientist's I believe can gather antimatter, dark matter, and any other materials that existed and came into being from literally "nowhere" at the birth of the universe which is the beginning of the big bang.

I'd just like to point out that they've recreated a big bang or should I say, they've opened a reality within this our original reality.

Two things can't exist in the same 3D, time and space it's impossible. They've cracked reality itself because reality want's out which would be the one they've recreated! This I also believe is why some people thought before the big bang experiment that when they did it it'd blow the world up? Some people also believe that it did blow reality up, the world and that now we live in a simulation. That a safety mechanism was in place if the big bang experiment did not work and that they couldn't contain the blast. Smashing 2 lead ions together at or near the speed of light would give off so much energy that... Well, it's very hard to describe. Just imagine nothing. Even imagining nothing is very hard to do. But, if they did lose control then the outcome would be "nothing left". Nadda, Gar nichts, or should I say "absolutely nothing" would be left.

Marvel’s Doctor Strange is an interesting fantastical take on the idea of the multiverse and how magic binds them together. If the multiverse does exist, we can be sure that it will be physics, not magic explaining their existence, however, there is one alternate universe or dimension that Doctor Strange may have predicted right. The Mirror Dimension is a universe just like ours but in reverse. Well, at least in theory. According to a new wild theory, scientists say there may be an "anti-universe," running backward in time prior to the Big Bang. And if it is true, we can perhaps decode the mystery of dark matter once and for all. But what makes them connected?

Absolute Proof You Are Now In A CERN PORTAL

If you know anyone that would really appreciate this post, then please can you share this post with them? I'd also like it if you could share your thoughts and opinions on this (what I believe is awesome) anti-universe operating backwards on the other side of the Big Bang, cheers.