There's always someone catching an amazing UFO sighting or spectacular UAP shaped UFO on video. This is just another one in a very long line of UFOs.

The reason why the original UAP videos where in black and white is because they where filmed in Infrared.

Seriously, hardly anyone makes this connection as to the 3 UAP videos actually been BW and yet here we are with a genuine looking, bonafide UFO sighting that has the Tic Yac UFO filmed in the visual part of the spectrum.

Does that mean that the Tic Tac UFOs can change between the two part's of the spectrum at will? If this is the case then guy's this changes everything because that means that these UFOs and by that, it's obviously Extraterrestrial entities disclosure because the US Government ruled out everything (even another countries advanced aerial vehicles technology). By default they only left Extraterrestrial species or off world technology left to choose from on the list. What On Earth Is This Sneaking Behind 4 Chemtrail Planes

There's absolutely no information with this UFO sighting, but if you check out the original video which was uploaded to Instagram by haciaotradimension, you'll see for yourself that it's worth researching. Even NASA films UFOs and they dont have any information other than the UFO itself. We then want information on who filmed it, to be honest it's an eye witness, that's it. There is no exceptional knowledge or information that's gonna prove Extraterrestrial entities exist... It happened above the USA, that's it.

It's not as bizarre as you might think and it's actually normal now for these UAPs to be filmed. What I wanna know is how old are these UFOs? How long have they been coming to Earth? How long has the US Government and US Navy "really known about these" because let's face it they've been denying it, covering it up for years! So, why the hell should we believe them now?

All we have to do is go back through the historical book's and check out the Tic Tac shaped UFOs or UAPs as the "liar's, blatant fibbers" have called them just so that in their minds they still haven't goven the public UFO disclosure. How petty minded and childish they are! This is the top and bottom of a bunch of Government officials that are so stubborn! Idiots. 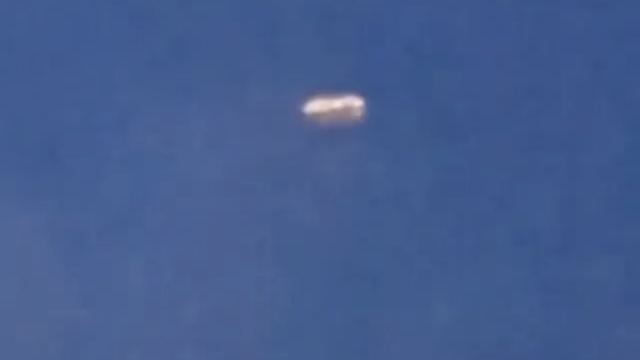 Unidentified Aerial Phenomena, it's UFOs in all but name.

Here's the epic and fantastic UAP - UFO sighting from the airplane window: