White Flying Saucer With A Set Of Light's Around It's Center

Here's the epic video showing a white Flying Saucer type UFO hovering over urban area in an undisclosed area in the US. Maybe the eye witness is shy.

This is just a quick video blog post to show you one of the most unusual looking UFO sighting's that I've come across and i don't know what to make of it?

Oh lucky you, that means that your gonna have to fill in for the part of my brain that usually processes any unusual looking UFO sighting's? I hope you A, don't mind and B, can cope with it, lol.

But seriously, it's hovering over an urban area somewhere in the US, that much I'm aware of. Maybe the eye witness himself or herself is just a bit too shy to be named and or doesn't want to be linked with a UFO sighting? Because and get this, some people have actually been sacked from work and they've had a really rough time especially when their families have disowned them! 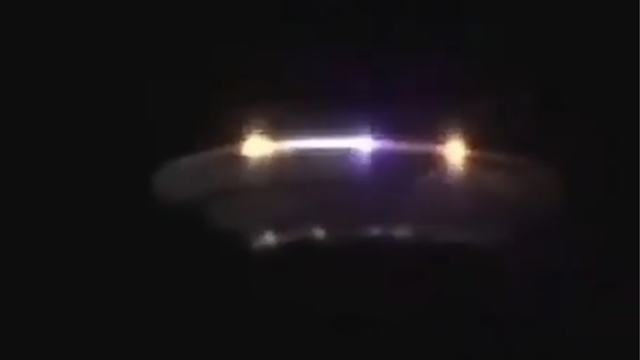 Oh you better believe it, some family's have absolutely abandoned their own family members - eye witnesses to UFO sighting's - just imagine how that must have felt? Pilot's have been sacked, had their license revoked, put on lists and not allowed to fly again! 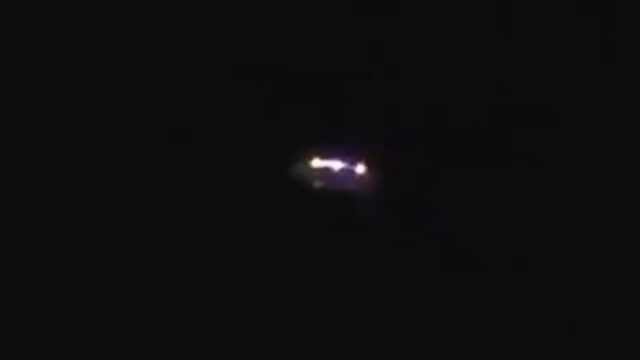 Alien Stood at The Window of a UFO

It was taken a few years ago but again, there's just no information with this UFO sighting at all that I can find? I tend to adopt these stray's because normally UFO researcher's just won't even go near them as there's nothing to write about? But I don't see them like that, I see them as "probably not hoaxes" because hoaxers like to put stories with their creation's? Usually their story is about "they was out walking the dog" or they're out for a stroll and there it was, hovering in the aky so I took out my smartphone? 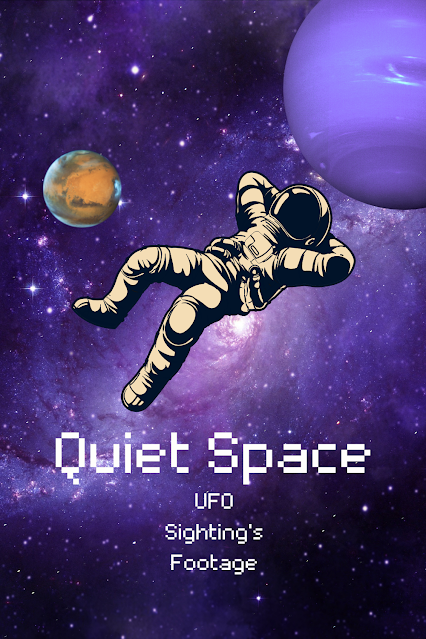 Guy's, I created this in a couple of minutes using Canva. If you follow this link and sign up, you and me will get free premium features. The Spaceman Quiet Place awesome purple background image just above I made it using their free features! Canva is stunning, use this link and we will both get free features, they're the leading editor for images, videos, Instagram, TikTok, YouTube, Vimeo, Pinterest, Facebook, Twitter, Adverts, Cards you name it, they give you everything you'll ever need to create beautiful unique creations. Their free templates are actually beyond anything I could create from scratch!

So, these UFO sighting's that don't have any information with them, well these in my view are more than likely to be real? It's not a fact though and I could be totally wrong? It's just my opinion but it makes a lot of sense to me. The thing about hoaxers/UFO faker's is that they're all mostly "creative type's" and it's in their nature to want to add a stupid story to the video they've just created because they can't help themselves.

They can't help but add a conveluted, sometimes stupid, nearly alway's boring and sometimes bizarre but nearly always the stories that they (the fakers) attach to the UFO sighting that they just created on the computer is along the lines of "get a life" that's what I really want to say to these people who are deliberately making a fake UFO sighting and tricking people into believing it. Then they start laughing at the people who believed it but in the comments section of wherever it's been uploaded?

UFO Satellites Sent Ahead Of Alien Force Is One Theory

To be honest with you, it's pretty sad and I feel sorry for them. It's how they interact with society, it's their only contact with other human beings so yeah, of course I truly pity them. But on the flip side, they're laughing at people who believed in their hoaxes, they're laughing at people behind their backs so you know what, F them, get a life.

But, if this video turns out to be honest, a genuine real bonafide UFO sighting that happened in real life then that's absolutely awesome! I'm maybe just a little bit numb to the horrible lengths that some people will go to, just to poke fun at other people, it's a belief, a person's deep rooted, respectable belief so we mustn't make fun or poke fun at them especially now that we've had UFO disclosure in 2017 what with the UAP videos released by the DoD Department of Defence, through the US Navy.

Here's the brilliant video uploaded to YouTube by UFO News:

Here's the video description; Seriously, what the heck is going here? It looks like a real Flying Disk type UFO but it's still not convinced me wholesale. I've added it to my YouTube channel because I want to get your honest opinion on what you think this could be? There's no information with this UFO video.

Please could you share this post with anyone whom you think would appreciate it, and leave us your thought's and opinions on this, cheers.