6 UFOs Over Hawaii And One Is Literally Breathtaking

Here's 6 UFOs hovering over Hilo in Hawaii USA. There's a lot of UFOs flying over the USA and Hawaii. These look amazing and look very real to me.

There's a lot of UFO activity over Hawaii, specifically Hilo on Big Island (officially the main island) because filming 6 UFOs, actually bumps this UFO sighting into a hotspot category.

The UFOs mainly are white, the cloud's in the background are very dark in comparison to the UFOs which are glowing white.

There's one that's a black color UFO which apparently hovered in the air for more than 15 minutes which rules out a military drone or other craft. There's the others which one one of them has a redish glow to it. I'll explain later on in the post below about that specific one. After reexamination of the snapshots from the video, I'm pretty sure that I'm seeing what looks like 7 UFOs instead of the 6 as I've stated but I'll stick with the 6 because it's extremely hard to see the seventh. If you can see it, let us know in the comments section below where it is and what you think about it? 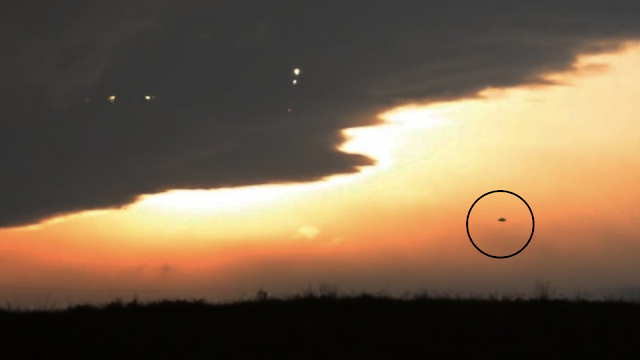 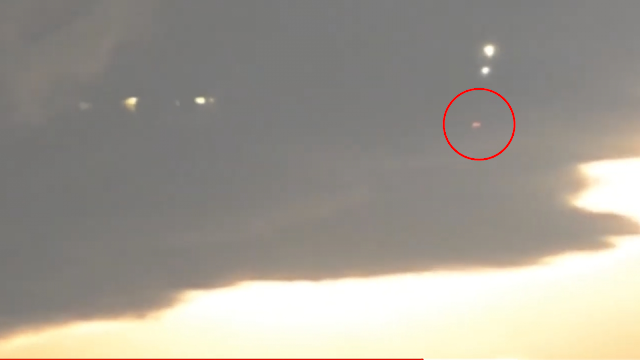 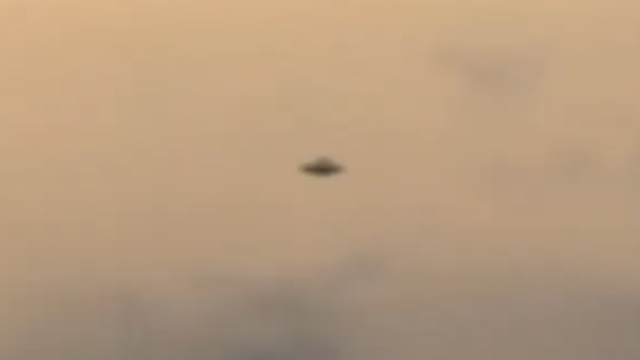 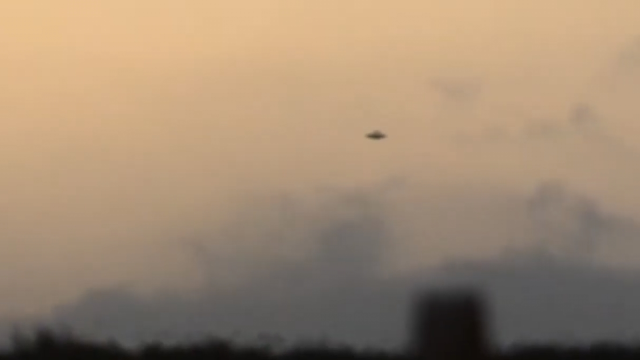 Eye witness Brian Sanchez filmed these in 2012, but it doesn't matter how long ago these where filmed, it's all about how real they look, the likelihood of the UFOs being real and what you think of them. It's a bit like the Roswell UFO sighting because if age of the UFO sighting actually was a problem then that UFO sighting wouldn't be a phenomenon that it has become.

The eye witness contacted Thirdphaseofmoon on the 3rd or 4th December, 2012 in the morning and Blake Cousins had uploaded the video to YouTube on the 5th December, 2012 (albeit edited and cut down smaller). He (Brian Sanchez) explained to Blake Cousins that the dark UFO, possible drone was making erratic and unbelievable maneuvers. Just looking at this and the part of the video which has been published we don't actually see none of these "erratic maneuvers" but hopefully next time the exciting part's of the video (which in my view is the most important part of any UFO video), will be kept in the video? The aim of Ufoly (in my view) is to show the part of the video that seperates this from the chaffe! Explain what I see, how I see it, my thoughts and opinions and I can hopefully relate it to another same UFO sighting or a similar on. If I can establish a timeline then that's even better. It's a truly big ask because it depends on there been other UFO sighting's with the same shaped UFO or UFOs? It also lends itself to the credibility of the UFO sighting to establish a timeline.

Only explaining what I see and not cutting the video, making it smaller or cutting out the boring bits is not a good practice and I'll explain why because;

I could say that 3 Aliens disembarked from the craft and had elevenses with the farmer. They obviously didn't do that, but editing the video beforehand is not a good thing in my view. You know, word's are word's, especially for a UFO researcher it's important to show the whole video. I alway's show the whole video and the boring part's too because it's editing otherwise, isn't it. Only putting the part's of the UFO sighting video online that you like - isn't cool. You have to put it all on, if there's excessive swearing then beeping it out or lowering the sound briefly is okay, even pausing the video is okay. Blake Cousins does actually say in the video at around the 44 second mark that it's just a quick sample though...

Anyways that's my rant over. Let's get back to the UFO sighting.

We can see a black classic Flying Saucer shaped craft that looks epic which as it's a silhouette isn't much to go by as it could literally be any color and very different from the silhouette shape once the light is on it.

The 5 white and 1 red UFOs - that are silhouetted against the cloud's are to the left of the main black UFO "Mothership". I'm calling it a Mothership because it might just be the craft where the lighter, whiter, almost raw energy looking Orbs could have come from this black Saucer shaped craft? Speculation is all well and good, but maybe I should stick to my own rant above. Speculation is all well and good, saying that something is in the video but you've edited it out well that's a different story altogether.

I'm circling the redish coloured UFO so that it stand's out and let's you see which one I'm talking about.

Here's the really good UFO sighting video which was uploaded to YouTube by Thirdphaseofmoon channel: