UFO Changes Shape Above The Sea Over Turkish Resort

A Large sized UFO was photographed by an eye witness over a Turkish sea and possibly over San Diego as well but at different times and by witnesses.

It's a strange one this guy's, a guy photographs the UFO and at first he could not see it, until he zooms in and he's actually caught this UFO opening what can only be described as a door on the UFO.

Here's the eye witness Murat Güre, 49 Murat Güre statement about the many photographshe took showing this UFO opening a door in the sequence of photo's and the door closing, it's amazing:

Technical Manager of Bilkent University Physics Department Research Laboratories, who came to a hotel in Kemer with his wife and sister-in-law on holiday, was sitting by the hotel's pool on April 3, approximately 200-300 meters from the sea shore, upon the warning of his sister-in-law, Nalan Taşçı. He explained that they noticed that there was an object at a height of about 300-400 meters from the ground. Murat Güre, who didn't mind the object moving steadily in one direction at first, stated that the object changed direction and started to shine. 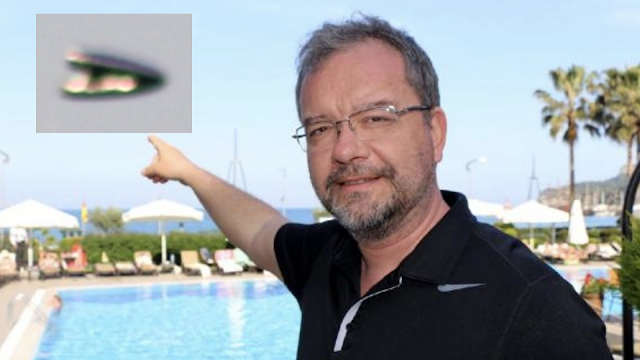 Credit: UFO Stalker/Ayisigi News/UFO Sightings Footage/Latest UFO Sightings/ABC 10 News/Canva.
I'm gonna want your input if you can because this isn't the run of the mill UFO footage and I believe that we're witnessing something here that hasn't been seen before. This UFO is opening what looks like a door? 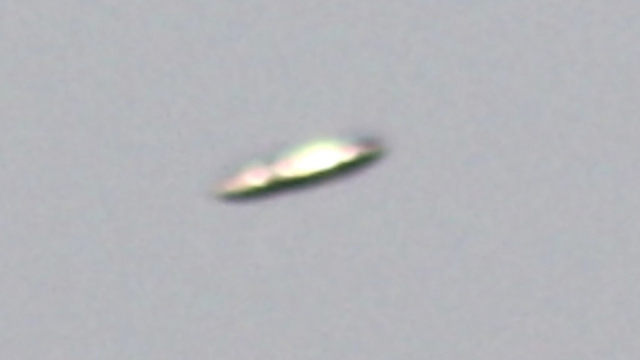 Credit: UFO Stalker/MUFON/UFO Sightings Footage/Latest UFO Sightings/ABC 10 News/Canva.
A photographer claimed he spotted and snapped pictures of a shiny object with strange movements on April 3 at a hotel in the Turkish resort of Kemer, Antalya. 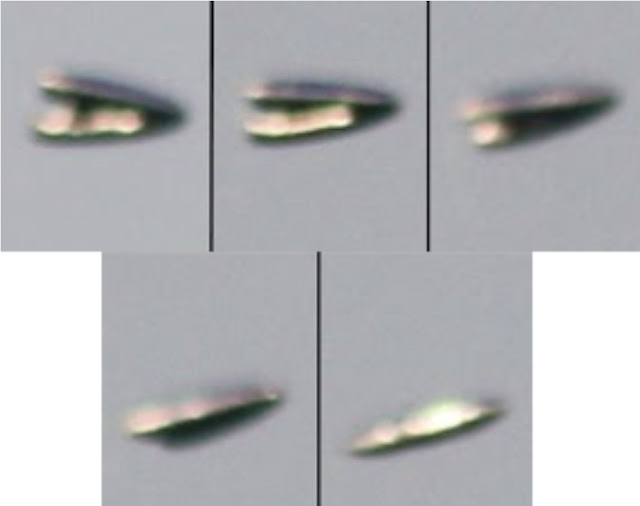 Credit: UFO Stalker/MUFON/UFO Sightings Footage/Latest UFO Sightings/ABC 10 News/Canva.
But, there's a good argument to say that this was also filmed over San Diego by another eye witness at another time? I absolutely love UFO sighting's like this one because it puts things into perspective that UFOs are on Earth, but are operating possibly "everywhere" and that they might be able to travel vast distances totally unstoppable, unchecked and without any authorities challenging these trespassers!
Here's the San Diego (Santee) UFO image which looks the same as the Turkish resort UFO: 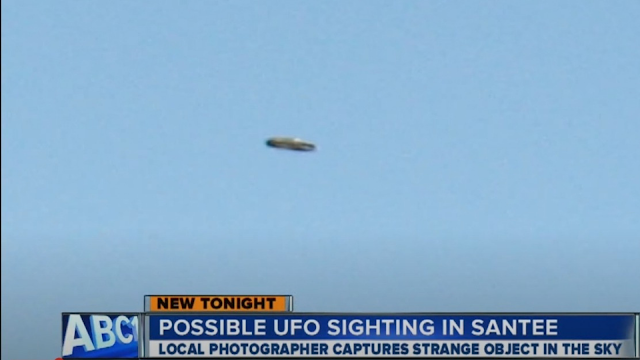 Credit: ABC10 News/UFO Sighting's Footage/UFO News/Canva.
He first thought it was a helium-filled metallic balloon. He observed the UFO as it moved away towards the north, returned to where the witness first noticed it, and then hovered over the sea.
He then took five photos with his Canon 450D digital SLR camera with zoom lens. The unusual-looking object was reportedly observed flying above the sea. It looked like a toasted sandwich maker flying in the air.
The unnamed witness reported his sighting together with pictures to Mutual UFO Network (MUFON).
MUFON is probably the most widely known UFO reporting center on the planet. It's media archive is actually called UFO Stalker which is owned I believe by MUFON? Here's what Zoom has to say about UFO Stalker;
Description
A real time UFO tracking system based on the MUFON Case Management System. It gives an immediate view into Worldwide UFO activity.
Here's the full video which was uploaded by Latest UFO Sightings.
Here's the other possible UFO sighting of the exact same UFO but over San Diego or Santee as they keep calling it and referring to it as.
Playback has been disabled for this YouTube Video on websites but you can play the video on YouTube. It was only photographs he took but some news coverage of this made it to the national news media in the USA like ABC10 News.
Here's the direct link to the YouTube video.
Please share your thought's and opinions also any ideas that you might have about this possible same UFO seen in different places around the world. I'd also appreciate it if you could share this post with someone who you think would appreciate it, cheers.
Credit: UFO Stalker/Ayisigi News/MUFON/UFO Sightings Footage/Latest UFO Sightings/ABC 10 News/Canva.