This is the exceptional UFO sighting that saw 2 UFOs in the shape of UFO Orbs that flew independent of each other inside of UFO trail left behind it.

Light in the sky with a white tail breaks up into 2 UFOs which begin to fly independently.

A man who wishes to remain anonymous watched a light in the sky for a few minutes along with other people or other witnesses should I say?

The object seemed to be glowing a bright white colour and then all of a sudden "it broke up into two objects" and became two UFOs in that very instant. After about two minutes, each glowing brightly object went on its own merry way. The UFO sighting was filmed while the eye witness was waiting outside of a church as he and other people where standing in line. The eye witness who filmed this epic double UFO sighting wants to remain anonymous which I fully support because of the stigma attached to the UFO community or Ufology genre as a whole if you like. 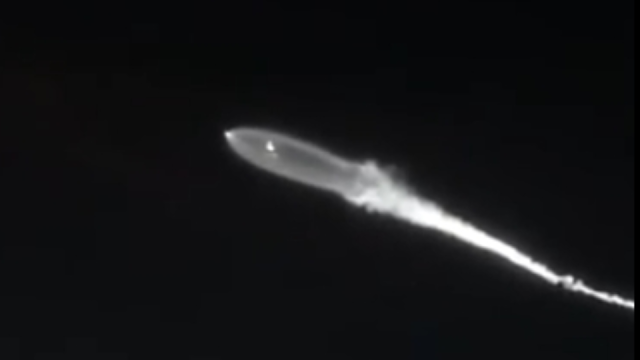 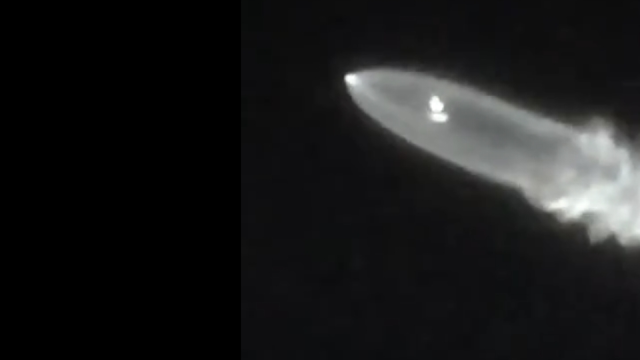 UFO Passed In Front Of Mars What The Hell Was It 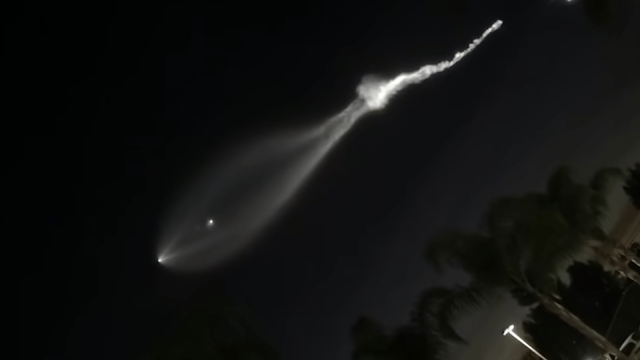 It can be very unfortunate for people who have reported UFOs in the past only for their own community "very tight communities" should I say, they're supposedly tight communities as well but to totally and ruthlessly turn their backs on the eye witnesses who only thought that they where doing the right thing is scandalous! So, I absolutely and without reservation agree that any person has that innate right to remain anonymous and in no way should it detract away from the UFO sighting in any way, shape or form.

Any person whom wishes to remain anonymous after they watched a light's in the sky for a few minutes is well within their rights to do so.

Outside of the church building while the witness is filming the object all of a sudden the two glowing objects begin manoeuvring around each other which is proper strange, like it's straight out of the Twilight Zone or from an episode of Stranger Thing's! The whole object (as in the 2 UFOs been inside of the tail) didn't even change it's shape. The trailing tail of the UFO at the tip is huge, it's very long and very white. It had a bright white tail and looked like some kind of rocket ship must have been creating this trailing. But just because it looks like a rocket that doesn't necessarily translate to it being a rocket.

The object seemed to be glowing white.

The object seemed to be glowing and white, in the night time sky. It was not moving, but it had a tail like a comet would leave in it's wake or like a shooting star might leavebehind it. He could definitely see that there were two objects visible at once. We can all see them. One white light on one side with another on the other side, pretty much these where following each other but not at first. When the main UFO either broke up or split into 2 UFOs the tail of the object was somehow stayed intact or was it still being formed which is so strange and probably a one of a kind? And that to me stand's out as very unusual looking - for a UFO sighting anyway.

They did not seem to have any wings or other characteristics that would indicate they were made by humans or even if they were satellites falling through the Earth's atmosphere leaving a trail of destruction as it burned up. They stayed kinda still for a little while because it's the distance between the camera and the objects. While people watched them from the line outside of the church until they eventually disappeared out of sight, it looked like they was been controlled or at least manipulated remotely.

Then "it broke up into two objects" and became two UFOs in that instant.

You can see the two UFOs in the photo above with the tip being number 1 UFO and the one just behind it being UFO number 2. It's hard to tell how they were moving or what was even propelling them? But UFO number 2 definitely seemed to be flying in the opposite direction of UFO number 1 as that looked as though it was leading the way? And then it (UFO number 2) must have changed it's mind because it then began to fly towards the main UFO which is still moving forward at what looks like at a snails pace. They did appear to be flying at a slower rate of speed to other "more normal UFOs" and that's going against everything that I usually write about.

The witness says that he has never seen anything like this before and is baffled by what it could be. He says: "it's some sort of meteorite", then he quickly say's "I don't know." Then everyone in the line including adults and children all start to say "it's a UFO." Then one of the churchgoing witnesses asks the main eye witness filming the whole time "did you get a picture of it" to which he state's "I'm taking a video of it."

After about two minutes, each object went on its own merry way.

After about two minutes, each object went on its own way. The video is a real looking UFO sighting that has my backing but just because it looks like the Norway Spiral, it's nothing like it in reality because of the UFO which break's away from the main Mothership UFO I guess we can call it that, can't we? Because technically speaking that's exactly what it is, it's a Mothership.

The UFOs went in different directions after two minutes of them being filmed.

At first, you might think this is just another UFO sighting where people are seeing things that aren't really there because they're looking at something strange like balloons or Chinese lanterns? Some would say that it looks like an airplane from way off in the distance but then again it does look like something else too? Maybe for instance like a drone or an unmanned military aircraft. Even a hot air balloon has been suggested in the past. The video shows two UFOs flying close together before they fly off and then the video itself cuts off.

2 UFOs went their separate ways which was initially just a white light in the sky.

The object was initially just a single white UFO Orb, and it was seen for about 2 minutes in total. The second UFO which separated from the single unit flew from the white light in the sky, which then broke up into 2 UFOs all the time it's leaving a white trail behind it as a kind of rocket trail. I don't think though that a rocket would or even could break up into 2 objects and then independently be able to fly before leaving the Earth's atmosphere?

The man who filmed this video said that he saw something flying about the sky and while I agree to start off with that it does look like a rocket, or even that it resembles the Norway Spiral (to a point) that soon changes when I saw the way these 2 definite UFOs was interacting with each other and in general. There was definitely intelligence at play here and if it was autonomous or remotely controlled I don't know, but yes they are both independently flying.

When asked by another person who was standing in the church line if he believed what he had just seen was real or not, he said "I don't know" but added: "It looked like a UFO."

As it turns out there's a lot of people who are going to be saying that the UFO light's might have been a flare or a rocket (they'll probably say it looks like a rocket) but because of the seperation involved and the creation of 2 UFOs I'm not sure what to make of this. It could have been anything else up till that point. The way the whole event happened might have been a way for the UFOs to get our attention? Was the entities controlling the UFOs deliberately trying to communicate with us...

Here's the extraordinary video which was uploaded to YouTube by Steven L channel:

If you have any thoughts on this or opinions on this please share it with us in the comments section below, cheers. Please share this post with someone who would appreciate it, thanks.