The oldest photo ever taken by the James Webb telescope. NASA just released a 13 Billion years old universe photo going back to the beginning of time.

The oldest image ever taken was taken not long ago (day's ago) by NASA scientists that was using the new James Webb telescope on behalf of the human race it captured a 13 Billion years old universe in one epic photo.

NASA has been determined to get the oldest image ever of the universe and it's successful in this area "so far" but seeing as though the universe itself is 13.8 Billion year's old, it's probably got another one to come or more to come?

And yes, it's definitely gonna be a shocker! Up till now every single NASA photo is a show stopper and so there's going to be more. 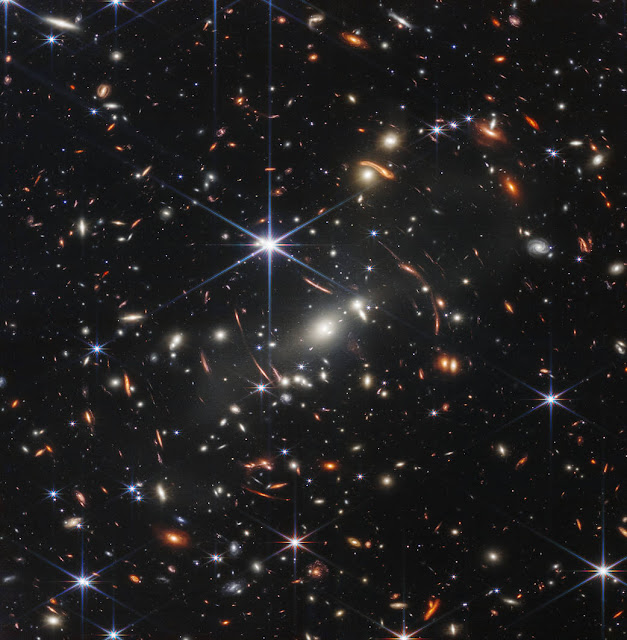 The next one is going to show the beginning of reality "hopefully" but it's a bit scary or should I say that the possibility of what's on the other side is maybe a wee bit scary and as of now, it's simply unfathomable? I mean there's gotta be more coming from NASA in terms of "it's the new James Webb telescope" and if that's the only thing it's going to release as a single photo well then it's money "definitely not" well spent... So yes, there's more coming.

Well, we're not going to be shown the beginning of reality, because the beginning of everything is well but we will get another closer image because like a Nokia phone, there's updates on the way... In other words, we're been shown a set of images from the beginning of reality, but instead of them going straight to the end of the universe, we will be shown photos starting at 13 Billion year's old (this one) then it's going to probably be a 13.4 Billion year's old etc etc. I genuinely don't know if I want to know, what they - already know? The James Webb telescope sent Images (the telescope itself isn't that far away) back to mission control at NASA which somebody must have decided to "pick an image" to show the world. What else have they got up their loaded sleeves? Let's liken it to Samsung (the technology giant) who has the ultimate smartphone (just as an example) but Samsung realises that it's worth a lot more money if they steadily deliver the updates, the newer more intelligent and faster smartphone over time in installments? All the while, the ultimate smartphone which is the epitome of smartphones is being drip fed to the interested people ie the public who needs the update.

Is this what we're seeing?

Look, not everything is a conspiracy I totally get that but if you knew what a lot of people know about NASA then wow! Here's that absolute crucial part! What defines a conspiracy theorist?

Look up cameras, ISS, UFO live feed and not investigating?

It's not a bad photo that NASA has released and guy's you best start putting your money on Extraterrestrial entities existing and they're going to be announced anytime soon. All this is leading up to something and imagine for a few seconds, what is at the beginning of everything? What's NASA up to and what are they going to show us? If the photo they showed us is crystal clear, you better believe that it's capable of going even further.

Here's a quick quote from NASA itself:

NASA’s James Webb Space Telescope has produced the deepest and sharpest infrared image of the distant universe to date. Known as Webb’s First Deep Field, this image of galaxy cluster SMACS 0723 is overflowing with detail.

Thousands of galaxies – including the faintest objects ever observed in the infrared – have appeared in Webb’s view for the first time. This slice of the vast universe covers a patch of sky approximately the size of a grain of sand held at arm’s length by someone on the ground.

This deep field, taken by Webb’s Near-Infrared Camera (NIRCam), is a composite made from images at different wavelengths, totaling 12.5 hours – achieving depths at infrared wavelengths beyond the Hubble Space Telescope’s deepest fields, which took weeks.

The image shows the galaxy cluster SMACS 0723 as it appeared 4.6 billion years ago. The combined mass of this galaxy cluster acts as a gravitational lens, magnifying much more distant galaxies behind it. Webb’s NIRCam has brought those distant galaxies into sharp focus – they have tiny, faint structures that have never been seen before, including star clusters and diffuse features. Researchers will soon begin to learn more about the galaxies’ masses, ages, histories, and compositions, as Webb seeks the earliest galaxies in the universe.

This image is among the telescope’s first-full color images. The full suite will be released Tuesday, July 12, beginning at 10:30 a.m. EDT, during a live NASA TV broadcast.

But what if it (James Webb telescope) can actually take a photo of it "all" just what is beyond the beginning because it can't just be a huge proverbial brick wall, can it? What if it's a white void? What if it's a mirror image of this universe and zooming in more and more will just come upon the Earth? Is it the opposite of the dark and just what are we going to see?

The universe is 13.8 Billion years old, that's how far it goes outward. We've created a camera, a telescope, engineered a piece of technology that can expedite our vision to the beginning of creation. I'm a little scared if I'm being honest with you because one thing that doesn't stop is the wonder? The wonder of it all, what's on the other side of the universe bubble.

I want to see that, in an immersive experience with goggles on, moving through space looking at every single galaxy, cosmos, planet, the rings of Saturn, all the galaxies and what an experience that would be. 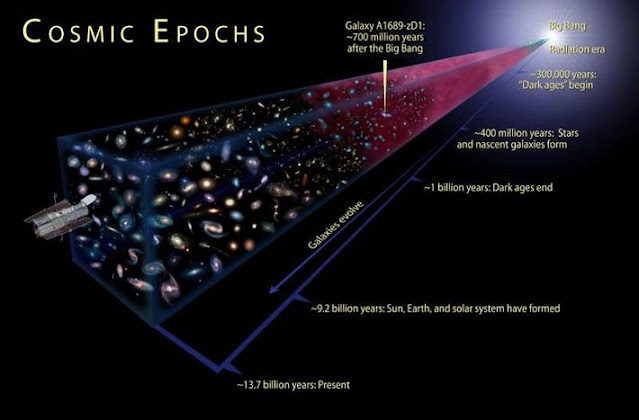 Looking back from the present day, we can see a ‘pencil beam’ view of the distant Universe. But a huge number of galaxies are still undiscovered, owing to the limitations of how we’re capable of looking. Hubble has taken us remarkably far, but there’s still farther to go. 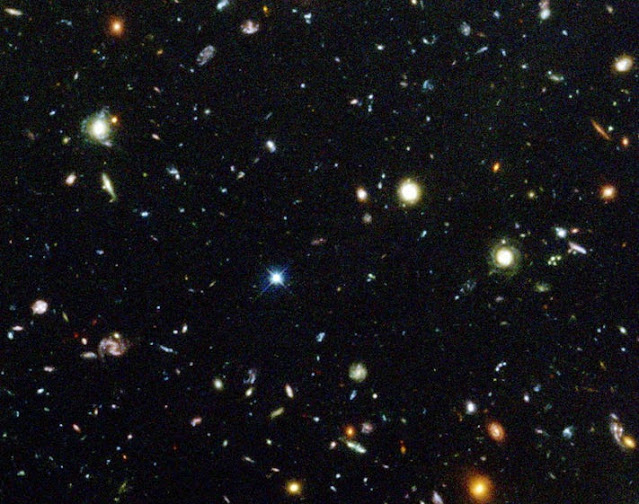 One peek into a small part of the sky, one giant leap back in time. This small patch of sky represents less than 1/100,000,000th of the volume of the Universe, but reveals nearly 1,000 galaxies that had never been seen before. This small fraction of the original Hubble Deep Field image is a huge part of how we learned what our Universe looks like.

Here's a video from NBC News YouTube Channel with the President of the United States Biden:

Guy's, join Canva for tons of amazing editing features for video and photos.