The Pentagon and the Department of Intelligence are in possession of recovered UFO debris in a freedom of information request by UFO researcher.

This is absolutely incredible and to say the least, it's epic news that the Department of Intelligence and the Pentagon are studying the debris from the wreckage of recovered UFOs.

This story is hard to believe, but it's absolutely real! The Pentagon and CIA have been recovering UFO debris from wreckages of UFOs according to freedom of information request by UFO researcher, read on it get's awesome... 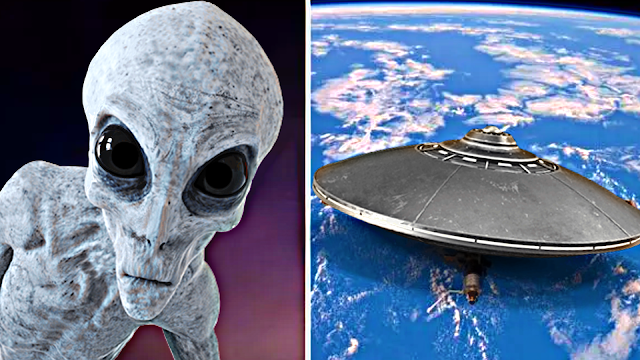 I genuinely thought I was reading a prank or reading s post from the future, but nooe, it's published on LadBible and many, many other major news outlets. Here's the extraordinary quote from LadBible:

In response, the DIA released 154 pages of results including information of a 'memory' metal called Nitinol which remembers its original shape when folded. Off the back of the response, Bragalia said what he'd received was a 'stunning admission' and one that possesses 'extraordinary capabilities'. Speaking to The Sun, he said: "The Pentagon has admitted to holding and testing anomalous debris from UFOs.

They have been able to learn some things about the materials of construction which hold tremendous promise as futuristic materials which will change our lives forever." guy's, this is simply put "epic".

Mr Bragalia went on to add: "Material evidence such as UFO debris has been a focus of my research. My Freedom of Information Act (FOIA) request was very specific, seeking the test results of UFO/UAP debris, not material already known to science." The DIA did hold back on certain details including whether any materials could be of alien origin. They stated in the letter: "I have determined that some portions of five documents must be withheld in part from disclosure..."

So they have definitely recovered exotic technology and materials which they have studied, that's a fact. But they are stopping short of saying it's Alien in origin because it's speculation. I totally understand that part, so it's a very, very carefully worded response to the freedom of information request. They've admitted to recovering material from unidentified object's which is true. But they won't speculate on the place that this debris came from?

That's perfectly fine, it's up to us conspiracy theorists to then fill in the blank's or basically finish off their carefully worded response... Where else could these blooming UFOs cone from if they're not another country having advanced aerial vehicles... Where else can it all have come from and because the answer is literally out of this world, they've stopped in their tracks and basically refused to even speculate on this. That's so weak, it's limp wristed and just like a Government response.

"They are omitting information on the chemical and elemental composition of the material as well as its origin.

They have omitted the names of the involved scientists as well, but I have since learned some of their names and will be contacting them. So in other words guy's, this is one UFO researcher that we all need to be keeping an eye on because he sounds like he's on to something extraordinary and otherworldly. That's absolutely amazing, jaw dropping even!

Guy's, seriously look into this as there's a lot of people who are bringing this up and there's a ton of info on this specific subject of recovered UFO debris that's been worked on by the US Government.

Here's a fantastic video which puts this information in the video into a whole new light, it was uploaded to YouTube by Alien Nation channel:

I really hope that you guys look into this, I've provided you with the starting point of the UFO debris recovered from real, bonafide "as real as you and me" UFO wreckages. It's never a dull moment in researching UFO sighting's that is for sure. Please leave your thoughts and opinions on what you think about this post, also share it with someone who you know, cheers.