UFO Plasma Ball Hidden Inside A Cloud Falls To The Ground

This is when the eye witness stopped his car and started filming a black UFO inside a cloud in São Paulo Brazil. 2 white UFO Orbs as well glowing.

Is this a real video showing a real plasma ball inside of a cloud that starts to glow but wildly glowing in such a way that it looks out of control?

See, this is why I'm going with it been a full on hoax, a full on fake UFO sighting designed to deceive folk and for that reason it must be seen so you know what a fake looks like! At first I thought that the UFO comes into view and it's got potential to be amazing then the silly improbable glowing started! Basically I started to believe that it's a real UFO sighting video but then we start to see the white glowing which lead me to determine the contents within the video are all fake. 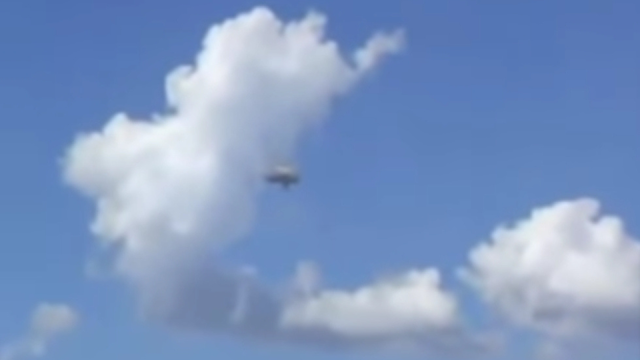 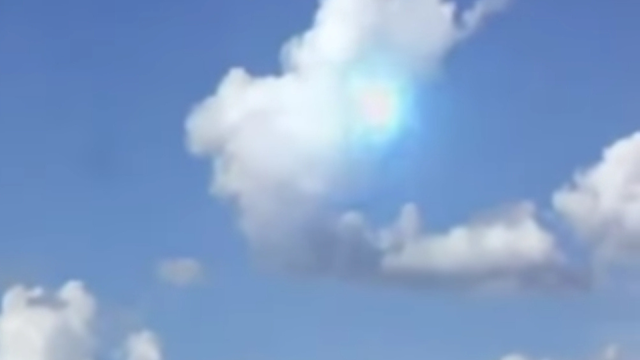 A guy in a car stops, he literally stops the car on the hard shoulder (he definitely shouldn't) and just starts to film the initial black UFO! That's possibly the lengths that will be gone to just to create a hoax UFO sighting. It's effectively sticking it's entire craft out of the cloud and right there on the side of the road a guy's just filming away like it's a normal thing to do!

If the video is real then it's real but I'm going with it been a fake, for now.

Stopping the car and filming the UFO yeah, that just seems reckless and almost as if life has no meaning to him, but surely he is taking it all into account... Or is it, because if this is a fake UFO sighting then the question has to be asked "was he even in any danger" at any point?

I truly, truly hope that you guy's out there can find something in the video that makes you feel like it's a real UFO sighting and if you do see it, please let us all know about it in the comments section below, so that we can see it from another angle. Thanks for your help with this one.

I'd personally be happy to film it, but not from the hard shoulder of the sidewalk let alone the busy main road!

Plasma blast erupts from UFO hiding behind the cloud and then two shining probes come down to the ground. If it's not real then why did you create it, cause it's hindering Ufology!

Heres my analysis of the UFO sighting:

It's a black UFO just poking out of the cloud, and the car stops and someone get's out. The eye witness is zooming in onto the black object which then all of a sudden it started to almost fall from the cloud but not until it's started to really glow white and almost out of control? There's a lot of flashing of this white type of light and then 2 ball UFO of light started to descend from the cloud and go to the ground. Just after the large flashing of the white light in the cloud's, these 2 UFOs slowly descended away from the cloud's underside and that's when they go out of sight - actually they go behind a tree. We don't see them at any time after that, or again anywhere in the video.

Is it a real UFO sighting or a hoax, what's your thoughts on this?

I don't think it is, I'm going with my gut feeling on this one. I get a definite weird feeling like the eye witness is trying to pull the wool over our eye's? Like he's trying to pull a fast one? I don't know if it is a "creative video taken out of context" for a university exam where the eye witness filming it is actually a student and is trying to get a pass in graphic design or if it's even nothing more than a social media stunt?

Do you get the weird "heeby Jeeby kind of vibe" because I do, and it's the flashing of the white light that does it. Then the 2 balls of light UFO Orbs makes me wonder about this and it's place on the hoax scale? BS-omoiter or the fact that someone is (hopefully not) trying to make Ufology look stupid.

Give us your thoughts and I truly appreciate your help with this UFO sighting guy's, cheers.

If it's a real UFO sighting and I've got it wrong I'll hand in my notice... To myself, then I'll instantly reapply for the now opening and I reckon I'll get it? See, I get that gut feeling. Lol. Check out the video below guy's and please, be blunt! If you think it's rubbish, please say it. Don't forget I don't get offended because I never supposedly filmed this. If you think it's real, then tell us why?

Here's the full UFO video uploaded by the eye witness filming it all, to YouTube:

Please can you share this post with someone who would appreciate this, cheers. Also leave your thoughts on this in the comments section below, thanks.