UFO Or Missile Defense Training That Takes Out A Huge Rocket

The UFO has already targeted a SpaceX Rocket during launch before except for the other one never even got off the ground. Apparently it's a real UFO.

I'm writing about this because as well as this rocket that's been fired at, I honestly believe that it's wrongly been identified as a training excercise.

The actual "thing" that get's hit and blown right out of the sky unceremoniously, it's not a small type of craft or a small drone etc, it's a truly huge rocket that's getting taken out of the sky. And since I started writing this post I've learned that it's the SpaceX Falcon 9 Rocket (source linked below) being hit "yet again" by another UFO. 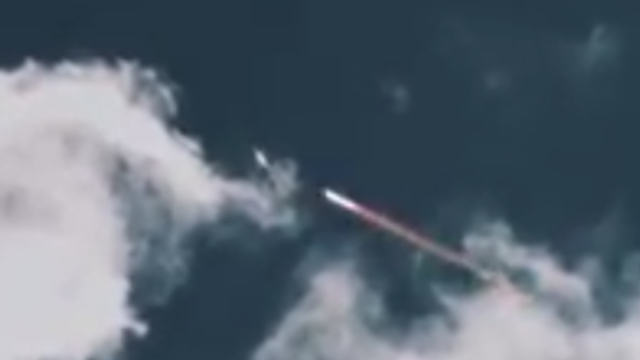 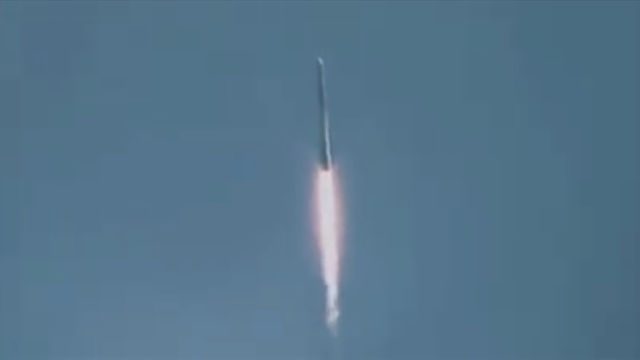 We've witnessed the SpaceX Rocket been hit by another UFO before and that was on the launchpad. It's what actually hit the rocket which is at the centre of attention in this particular post. Because nobody has a clue what it is, okay we know that it's a UFO but who's is it? Some people are speculating that it's a Russian military missile defense "UFO" if you know what I mean? There's probably a bad reason for this if it does turn out to be a Russian rocket type of UFO...

I've actually found a NASA Fans group that claims this is a UFO and that it's the Falcon 9 rocket and also everytime it launched, some unusual UFOs prevented it and they attacked it. 2 videos I already know of - have been attacked by UFOs targeting the SpaceX Rocket's. How true it is I don't know but if it's general knowledge within NASA groups then who knows what is actually going on "behind closed doors" because it's one thing for a single UFO sighting with a single UFO attacking a rocket but to have multiple UFOs at multiple times successfully attacking rockets then you can guarantee that it's just the tip of the iceberg! Check out this NASA Fans Facebook Group because it's uploaded this exact same video and even they're calling it a UFO. Look for 2:36 in their video.

The full video is going to be available but only on my blog. If you would like to see the full video please check out UFO Sighting's Footage blog which by the way has been voted number 1 by Feedspot judges and the public, plus on statistics for 3 year's running, you can view it here on Feedspot.

The huge rocket is being filmed not long after it launches and that's when we get a good look at the massive rocket as it's traveling upwards at a tremendous speed. It's not got any recognisable or distinguishable marks or letters even words on the rocket that I can clearly make out? You see this is what's confusing me a lot because I'd have thought that it should have had a name, a model number or makers mark at the very, very least?

If it was a training excercise rocket then you can guarantee that there'd be marks on the rocket so that the video later on in playback the people who are analysing it could see how it hit the rocket, where it hit the rocket and how it exploded? That's Just my own opinion on this and to be honest with you guys, what I've just mentioned then about the distinguishable marks been on the side of the rocket actually solidifies it for me that this isn't a training excercise.

I think there's a real chance that we're seeing an Unidentified Flying Object or UFO for short? I mean, nobody or company, corporation or agency etc like the military has claimed it as far as my own research has found.

Here's the extraordinary, strange but definitely "unique looking UFO sighting" which was uploaded to YouTube by UFO News YouTube channel and which has been shortened down to a more manageable minute and a half:

Here's the actual 4 minutes long "full UFO sighting video" in all it's glory:

If you have any thoughts or suggestions, opinions and comments on what you see in the video, please share it with us all in the comments section below, cheers.