A guy is filming a large Tic Tac shaped UFO that's right above his own home. It looks so real and as if it's ET in nature with no visible propulsion.

Here's one of the best UFO sighting's footage "bar none, ever" because of what we now know about the Tic Tac shaped UAPs and this one looks exactly like what we'd expect it to look like.

Even though the Tic Tac UAP's are filmed in Flir (Forward Looking Infrared cameras), and the declassified and released 3 UAP videos where filmed using the Flir Infrared cameras, apparently they can be filmed in normal vision using normal cameras as well.

It's definitely confusing because I've actually talked to a few people about the UAP videos been filmed in normal camera and they literally thought that the cameras was just filming but in black and white lol.

I'm adding (below, bottom) the absolute best and the very latest UAP video just released which shows 3 Tic Tac UAP's as a US Army AH-64 Apache Attack Helicopter was taking off during a training excercise which was being carried out in Arizona in the US. 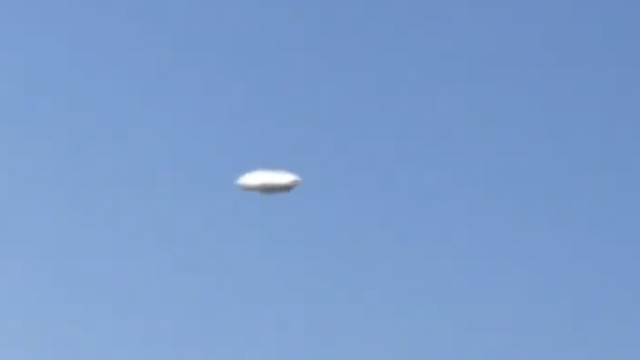 UFOs In A Row Filmed From Inside Of A Plane 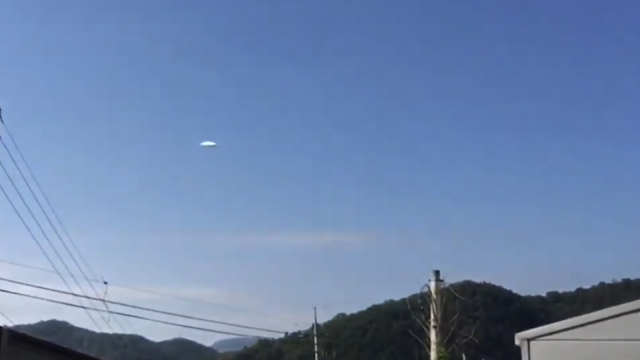 South Korean UFO sighting's don't usually get the news coverage like US or UK, UFO sighting's do. But that's not to say that UFOs don't get covered oversees it's just not as widely accepted by oversees news media outlets as say in the US or the UK for instance, because let's face it UFOs are everywhere but just reported on more and reported by people more in the western world!

I don't think it's a preference to hover over the US or the UK more, it's probably because (some would or might say) it's all about the US having such a global influence and a huge impact on military, politics, influence, infrastructure, shipping, etc that the ET UFOs might be drawn towards the country's with most influence or most developed? That's only an opinion based on the world's stage at the moment, literally speaking.

And of course you'd be right to ask "how would Extraterrestrial entities know about the human dynamics" here on Earth? Well, to that I'd say this "infrastructure" first and foremost. How else do we explain the vast majority of modern day UFO sightings happening in the US? It's gotta be a choice right considering that these visitors are intelligent and have space travel at their command!

Why do we see UFOs more over the United States and the western world as opposed to the rest of the world?

Because, for starters there's the Roswell UFO incident which is widely accepted by pretty much everyone, Area 51, NASA, Moon landings etc. All the satellites sent out into deep space are traced back to the US, right? So maybe it is this connection between space, NASA, ISS and the USA as to why UFOs are generally seen and reported in the United States?

That's just as a thought.

Not that every UFO sighting is a drone or a balloon or even Swamp Gas, it's just because people in the US are more inclined to film a UFO if they saw one and report it, probably? The survey's that have been done all support that.

Below, I hope that you will enjoy the South Korean Tic Tac shaped UFO video:

The above video is from UFO Sighting's Daily.

Here's a NASA UFO silver Disk video which shows us that UFOs are in many shapes and don't all need visible propulsion systems:

US Army AH-64 Apache Attack Helicopter encounters 3 Tic Tac shaped UAP's during a training excercise which was happening in Arizona, US in 2018:

November 6, 2018, pilots of a U.S. Army AH-64 Apache attack helicopter encountered three unidentified aerial phenomena during a training flight in Arizona. The video shows three unknown aircraft initially appearing to be flying in a loose triangular formation. The three unknown objects suddenly appear to rotate around each other, as if revolving around an unseen axis, all while maintaining a steady eastward trajectory. Former U.S. Air Force F-16 fighter pilot Chris Lehto analyzed the footage and concluded, “it is without a doubt anomalous.” According to Lehto, “The tracking rate is exceptionally fast. Even if they are only a mile away, I calculate they go approximately 1.28M. Well past the speed of sound.” “The circle-dance maneuver is just not possible,” added Lehto. “They do a full 360-degree turn in less than 3 seconds!” In Lehto’s opinion, no F-16—nor any drone or other aircraft in the current known inventory of the United States military—is capable of what the objects are seen doing in the video. He judges that they display “a turn rate that is an order of magnitude faster than one of the fastest turning fighters on earth,” which he estimates to be above 70 Gs. 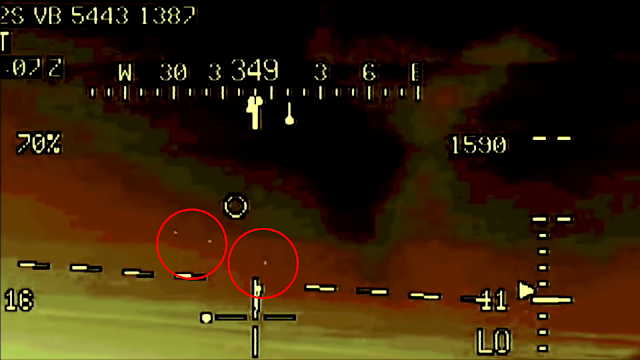