Here's a fantastic UFO sighting from Atlanta, the home of TWD or The Walking Dead.

The UFO sighting occured about a couple of year's ago as far as I can see from the research I've been able to get.

It's posted on Instagram but yet without any information whatsoever because there isn't any. I've looked into this and there's nothing. We only Know where the UFO video was taken by way of the buildings within the actual video itself. It comes back to Industrial Blvd, Atlanta, Georgia USA. 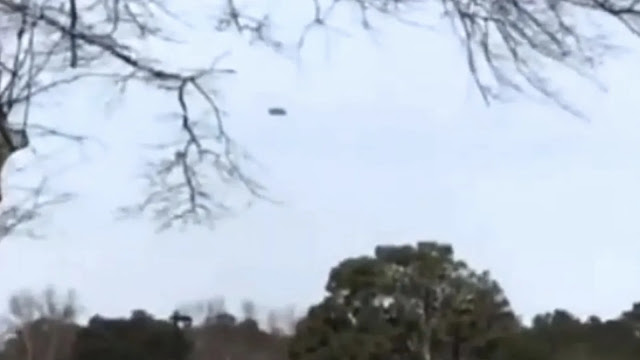 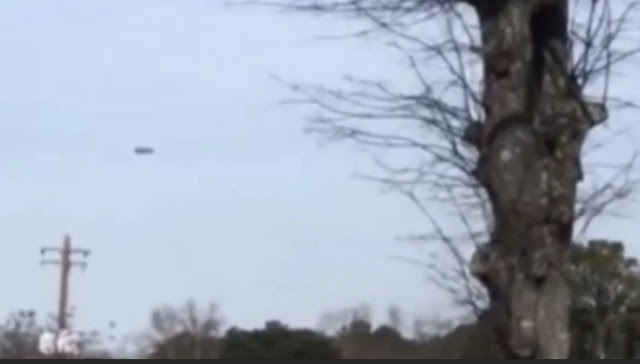 I'm sure that The Walking Dead fans will already know that this is literally the home of TWD. Guy's I'm sure that you'll already know that just because a UFO sighting doesn't have any information with it or anything by way of it's identity or wheabouts the UFO sighting occured, that doesn't mean we shouldn't post about it or talk about it. Because if we just ignored it as if it doesn't even exist that'd be the worst thing we could do for Ufology? That'd be a great loss to Ufology to people interested in UFOs and as a real theory as a whole. Let's just be clear that ignoring an event like a UFO sighting as if it never happened is literally akin to what Dictators do! It's what the very Pentagon tried to do with the whole UFO phenomena but to many pilot's and other trained observers who came forward and told their story, some gave their career's and family relations to tell their story, we must keep it in the public eye. To not talk about a UFO sighting because it's not got a eye witness, well I personally think it's unacceptable. Even though the names, the places and any identifying marks were removed eventually even the Pentagon had to give in to the relentless pursuit of UFO disclosure. And they eventually released the famous 3 UAP video's even though they'd been leaked first, we now have the official released UAP video's.

That's how important it is to keep UFOs in the public eye because eventually even the hardest mountain can be conquered ie the Pentagon gave in.

There's a lot of information that the actual video itself can give us. It's a daytime flying craft, it's silver in the metallic sense. Or should I say it looks metal and it's hovering without any visible propulsion system whatsoever that we can see? But it exists and I'm grateful for that.

It reminds me of the Bob Lazar interview video where he talks about the antimatter reactors, or the talks by Jeremy Corbell, in fact pick a UFO researcher, a lot of them has a general consensus about which fuel is being used (element 115 - E115), which was provisionally named ununpentium) for the gravity defying antimatter reactor engines to work. Seriously, It's almost like Ufology enters a bottle neck of opinions on this? Or is it because the further one goes up the pole of "the nitty gritty science" specifics about what propels the UFOs or the materials used must have a scientific nature therefore most UFO researcher's literally have to bow out because they're not scientist's! At this point it just becomes a relay, they're spouting information that is not their own, it's another researchers work ie Bob Lazar's.

Whereas I just like to give you my thoughts on UFO sighting's I'm looking at. The science (like most people) isn't known and if it is known, it's known by just a handful of people! Who could understand a supposed Alien craft? So it's nothing to be ashamed of that knowing little to nothing about the inner workings of how a UFO works. I wish I could understand it let alone have a scientific, indepth conversation on an Einstein level regarding the Antimatter reactors, curved space, time and how metallurgy plays the biggest role in any Extraterrestrial species capabilities to travel to the stars - or that we've got some of the rarest element's found anywhere else in the galaxy!

So, my opinions on this UFO sighting or potentially UFO sighting, is that I don't think we'll ever know if it's a real UFO sighting? I would like it to be a real UFO definitely, but I'm going to wait to see what happens with this. Reporting UFOs anonymous or without any identifying factor's could be a bad indicator that it's a hoax? I'm 50/50 on this.

Here's the video uploaded to YouTube by UFO News channel:

If you've got any thoughts or opinions on this video, please share this with us in the comments section below, cheers. Also if you know someone who would appreciate this post, please can you share it with them, thanks.