You Wanted Evidence That Alien's Are Here Right Now On Earth, Well Here It Is

The Israeli space security chief Haim Eshed himself has gone on record to say that Alien's and humans have signed agreement of cooperation it's real.

So, you wanted the evidence of Extraterrestrial entities existing here on Earth, well here it is...

You can check this evidence for yourself if you want to and then make up your own mind but I must tell you that this guy's credentials are absolutely legit. 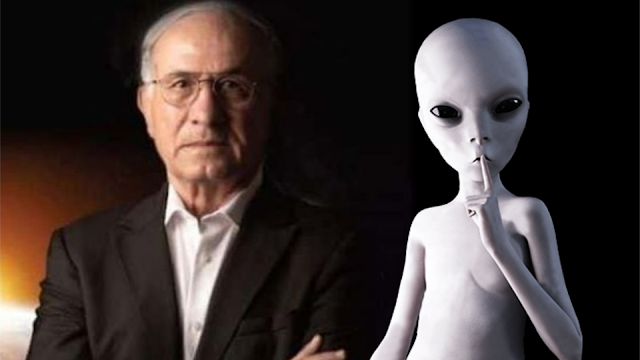 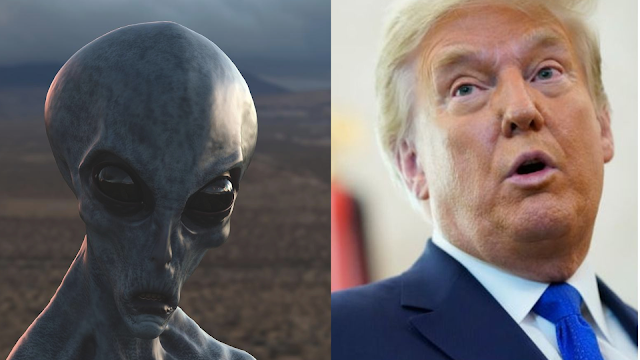 Actually it's bonafide because for nearly 30 years he was chief of the Israeli space security program, so this is literally the best first hand evidence coming from the Israeli space security chief himself! If anyone on this planet and what's going on surrounding space, security for the world and Mars having an underground base - to know what's going on in with this, not just on this planet but "any planet in the universe" then it's the former head of Israel's Defense Ministry's space directorate, Haim Eshed himself. Just remember that Trump created the United States Space Force and he was on the verge of telling the world that Extraterrestrial entities exist. But he was stopped at the last minute because there would have been a mass hysteria.

So sit back and check this out.

A respected professor and retired general, Eshed said the aliens were equally curious about humanity and were seeking to understand "the fabric of the universe."

Alien's have asked not to publish that they are here, humanity is not ready yet,

It's a crazy world that we're living in because equally and I mean equally from both sides we're getting a big fat yes and a big fat no! Who do you believe? Why do you lean one way but not the other? Do you look into UFOs and Aliens been real or do you try to look for evidence that they don't exist? See this has a massive bearing on your end belief because you've been going down a lot of rabbit holes purposefully even if you didn't know it or if you didn't intend to. Consciously we're alway's taking in information and as such, you tend to look in the places you are more prone to believe and understand more.

Personally, I tend to look into UFO Sighting's and Alien cases, event's etc that are already talked about as if they're real. It doesn't alway's end up me believing it but usually.

Eshed said cooperation agreements had been signed between species, including an "underground base in the depths of Mars" where there are American astronauts and alien representatives.

"There is an agreement between the U.S. government and the aliens. They signed a contract with us to do experiments here," he said.

Eshed added that President Donald Trump was aware of the extraterrestrials' existence and had been "on the verge of revealing" information but was asked not to in order to prevent "mass hysteria."

There's a fair few people who immediately started poking fun at Haim when he released this statement but what I want to point out is that here's a respectable professor, General in the military and the Security chief for space! And the people making fun are "anonymous".

It's obvious that if you tell someone about something that they know nothing about, they poke fun at it. They'll ridicule it and that's because it's taking the attention away from them because they don't know anything about it and they feel like they should have. It's a classic defense pose. It's also exactly what it is, it's based in nothing but hate and trolling.

My money is on the guy who was literally in charge of the security in space, is a professor and a General in the Israeli military. In otherwords he knows what he's on about and his word's hold a lot of sway.

It doesn't matter that he said this a couple of year's ago because of the unprecedented nature of what he said.

Here's a video I found:

American Professor Dr David Jacobs has made a sensational claim about the presence of aliens on Earth. The American professor said that there are aliens on earth and they are kidnapping humans.