NASA should be searching and trying to prove that Extraterrestrial entities exist, they shouldn't be covering up any potential evidence of Alien's.

The best part about this NASA ISS UFO sighting is that it's seemingly just hovering in the same spot, but for how long we don't know because the people at NASA switch screens for a blue one basically turning the live feed off.

It's good for us that we see it hovering right in the middle of the screen but NASA knows it's not in their interest to discover Extraterrestrial entities! No more funding for them to look for evidence of Extraterrestrials inhabiting space. It's not a financially good thing for NASA to discover history changing entities. 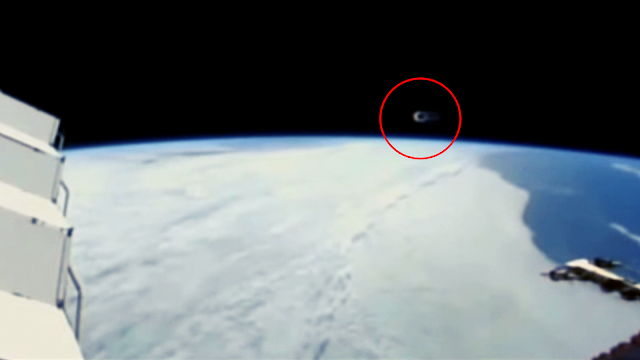 Is the UFO Orb putting the ISS under surveillance because why else is it so close and it could be surveying the communication frequencies or recording the ISS and it's inhabitants reaction to an Extraterrestrial species other than it's own... The only thing that could separate us from them could be the type of space craft? Ours looks like the ISS and theirs looks like the one we can see in the screen.

With theirs been a long range UFO that collects information, ours is one that allows for inhabiting. I mean we send out long range small satellites to collect information, right? 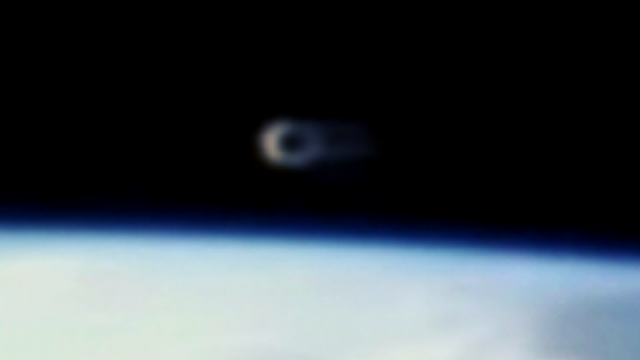 There's plenty of time to get the evidence of Extraterrestrials inhabiting space, our low Earth orbit has been a perfect place where UFOs have been buzzing around. NASA's got plenty of videos and photos showing us UFOs from pretty much everywhere they have been in space.

Even if one comes knocking on the door, NASA just turns out the light and turns off the cctv cameras and waits till it goes away! They should be excited to see an unknown object in space, right? They should be ecstatic about this unknown object knocking at their proverbial door! They should at least go and look at it, or at least zoom a camera into the object to take a closer look at it, but no! They literally turn the lights out, get behind the settee and turns the cameras "OFF".

Yep, NASA really lied about not being aware of any UFO sightings at the International Space Station. What about this one then, it's literally an unknown object that is next to the ISS. Aliens exist, we can't hide from that knowledge anymore my friends.

Guy's, this constantly, always happens when a UFO sighting occurs. It never happens outside of a UFO sighting in the live feed screen. It's direct proof that yes, NASA is culpable of manufacturing a cover up of evidence. They could at least zoom into the object but they don't even do that!

When it comes to another round of funding though... NASA goes all out with the "looking for evidence of Extraterrestrials inhabiting space" but yet when they literally come knocking on the ISS door, it's ignored. Talk about evidence on a platter but this is making a mockery of NASA science. It absolutely underlines everything else that NASA does and for me personally, I'm so let down because NASA not even looking at the object with a camera zoom then they turn the screen off, that proves to me that underhanded, sneaky collusion is at play and that they're lying to the public.

Huge UFO Flies So Slow Past The ISS Menacingly

They're paid to zoom into unknown objects, right? Paid to search out the evidence for Extraterrestrial entities right? Even if they "think" they know what that is, they should still zoom into it to see it closer up because it's unknown to himan science! But they ognored it ss if they was told to, or as if someone noticed it then panicked and switched the screen off. That's dishonest behavior in my own personal opinion. If it was a one off thing I'd be more forgiving, but it's most certainly not! There's many, many examples where they do the same thing.

NASA should be searching and trying to prove that Extraterrestrial entities exist, they shouldn't be covering up any potential evidence of Extraterrestrials in space, should they? Right, so what did they do to examine the unknown object that was at the ISS? What effort if any did NASA astronauts do to look at, examine, determine anything about this unknown object in front of the ISS?

It's painfully obvious guy's that NASA is covering up UFO evidence. This video certainly provrs that and at the very least it proves that they are doing nothing by way of looking for evidence of Extraterrestrials in space. This video proves inaction, a possible cover up, and it proves that NASA does not look for evidence of Extraterrestrials in space because of their inaction here at the International Space Station.

UFO Appears Right Next To ISS From Nowhere

UFOs are putting the ISS under surveillance and I've been clear on this for a very long time. This has alway's been my opinion about the UFOs visiting the International Space Station, that the UFO crafts could be taking it in turn 🛞 to fly by the ISS, hover near the ISS and it's not out the realm of using different UFOs for different angles, different information gathering.

Why put everything in to one craft or UFO ehen you can have a craft basic piece of technology which can fly, hover, manouvers and reach unimaginable speed. Then add specific pieces of technology for specific jobs. Look, rational thought processes must be universal! Any Extraterrestrial having or creating a planned mission or creating a back up route from A to B must be a universally accepted means of producing the best outcomes either for gathering evidence, reaching a conclusion, proving methods work, for gathering knowledge along the route. And, I must point out guy's it's a perfect example of what we have witnessed.

What's your thoughts and opinions on this UFO Orb sighting that was uploaded to YouTube by Streetcap1? My thoughts are that because we see NASA switching to the blue screen for no apparent reason, that's why I'm saying it's suspicious behavior. NASA controllers should instead shout out loud "look, we have a potential history changing Extraterrestrial visitor" and then zoom into the object.

Because NASA doesn't even point to it, this supposedly the most curious agency on Earth, isn't curious enough to zoom a camera into seeing this International Space Station visitor! I don't understand why they did that, do you? It's an aliens institution and it simply ignores potential history changing objects right in bloody front of them, yes I'm bloody suspicious big tome. They must be lying to us, they have to be - or - they are squandering chances to prove that Extraterrestrial entities exist.

Are these in particular NASA controllers negligent in their duties, are they inept and not qualified to have that position or are they told to just covering up yet another chance to finally get the evidence? If that's the case, why are they even there? Why would you be a culprit in witholding information on historic events?

I'll be doing a news article on this missile fired at the ISS... 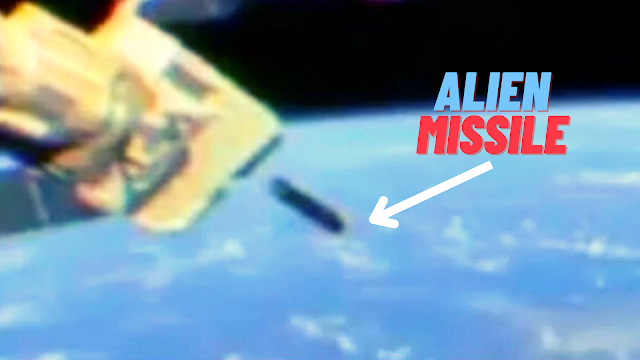 But you do know that it's not in their interest to actually find Alien life don't you? If they do fond Extraterrestrial species in space then how do they get funding the next time it comes to lobbying for funding from Congress? If NASA finds and admits to discovering Alien beings then their job is done.

No more funding will be allocated for "looking for evidence of Extraterrestrials inhabiting space." Do you understand it now? Because it's something that NASA is very aware of. It's not in their interest to discover Extraterrestrial entities. That's why as in this case, even if UFOs came knocking on the ISS door, they'd turn the lights off and ignore the door!

Which is literally exactly what they did! It's absolutely disgusting!

Here's the epic video that proves NASA is ignoring UFOs and turning the lights off and ignores the UFO:

UFO Sighting's Footage therefore is dedicated to bringing news articles, never seen before videos and news on UFO sightings, Alien visitations and more. In fact I encourage everyone to search for UFOs even if your looking out the window at home? Our mission here is to expose the reality of Alien life forms existence. Now, you're probably wondering. Has UFO Sighting's Footage actually ever seen a UFO? The answer to that is possibly yes I've had several encounters with UFOs but years ago and they was only brief encounters. People reading our content has allowed them to reach out to us and report their UFO sighting's. Since the Internet has reached nearly everyone on the planet, we're getting UFO reports from pretty much every single part of the world which is unprecedented not only for Ufology but for UFO researcher's also, like myself.