There's a lot of Extraterrestrial entities on Earth and a lot of people who have been in direct communication with them can testify to that It's real.

The following is an account of the meeting Rick Doty was involved in with EBE-2 or extraterrestrial biological entity which is what it stand's for.

Here's some exceptional EBE (Extraterrestrial Biological Entity) information that I've collected and would like for you to check out.

The following reported interview was referenced in discussion by many on the list, and can be found both in Exempt from Disclosure by Robert Collins, and on Collins' website www.ufoconspiracy.com.

While the details do not match precisely, the orders of magnitude of the numbers provided (length of day and year) do correspond.

On March 5, 1983, I (Rick Dorty) was at Los Alamos National Laboratories conducting business on a counterintelligence project.

During my visit, a source I'll call LANL-1, asked me to sit in on a very special interview. Not knowing what he was talking about, I questioned him. However, he wouldn't say exactly what the project involved or who was being interviewed...

Once we arrived, access was gained through a large vault opening outside the elevator. We walked down a hallway to another vault door. We entered and turned right. We walked about 200 feet turned left and entered vault door to a large room. This room contained two tables, several chairs and recording equipment. I sat near the door. About ten minutes later, three people, who I did not know, entered the room. One, an Air Force Colonel, asked me to sign a security document, which gave me an upgraded clearance, TS/SCI/Group-MJ-B-3 clearance.

Extraterrestrial Biological Entity, there's been a lot of information regarding these either discovered alive from a deliberately downed craft, an accidental crashed craft and "other" means. Whistleblowers are hated in the Top Secret industry which deal's with Aliens, Alien technology and obviously looking after Alien entities. Just think about this, if we're here, I would like to think that we're not alone in this universe, right?
Secret declassified documents prove Aliens are real and kept at Los Alamos NM Secret underground base. 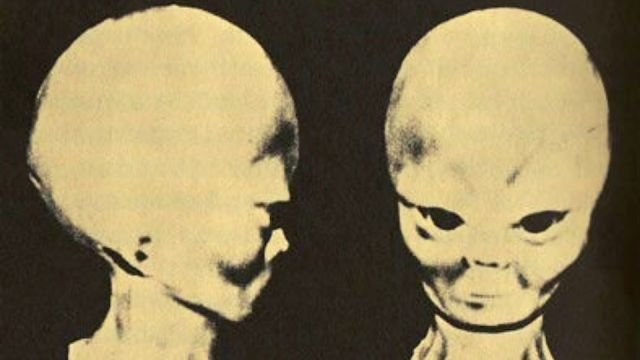 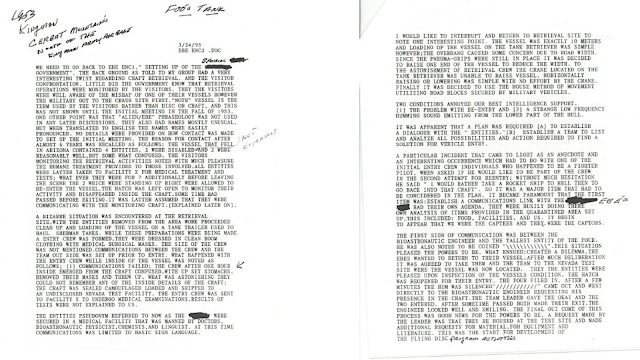 Credit: Rick Dorty/Serpo dot org/UFO Sighting's Footage/UFO News/Ufosfootage/Canva.
I've never heard of this but I signed. The Colonel told me I was to listen and not make any sounds during the interview. I asked the Colonel who was being interviewed and he told me a guest from another planet! 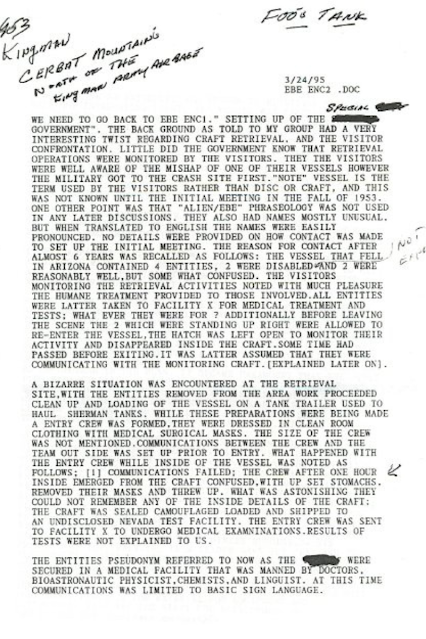 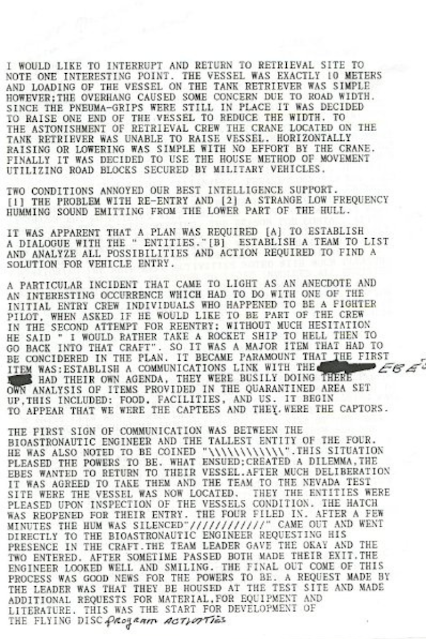 Continued:
The Colonel left. The other two people set up a table with a microphone and recording equipment, including a camera. About five minutes later, in walks a 4' 9" non human looking creature. It was dressed in a tight fitting cream colored suit. It had no hair and was identified to me as EBE-2.
EBE-2 sat in a chair across the table from two civilians and the AF Colonel. I did not know the identity of the three. LANL-1 came into the room and sat next to me. I listened while the three asked EBE-2 a series of questions pertaining to its home planet. First question was about the temperature, climate and weather.
EBE-2 responded in perfect English but sounded like a machine generated voice. Very hard to explain but it was either coming from a device that EBE-2 had in front of him or from something in its body.
Here's a video:
Below, this is the creepiest place any Extraterrestrial entities could ever find themselves. If they ended up here, they was literally at rock bottom! Why we treat these EBEs like this I'll never know but I do know that their captors do not keep them in captivity in my name! Not at all because of the horrific nature of detaining a lifeform possibly from another planet, and to keep them in a totally Alien environment locked up, that's got to be the worst case scenario akin to Hell on Earth, literally.
Video description:

Down in a remote canyon near Los Alamos National Laboratory lies a facility known as the "Tunnel Vault," once one of the most secret and secure locations in the United States, it's the original post-WWII nuclear stockpile storage area. Located in Los Alamos canyon at Technical Area 41, the Tunnel Vault was built between 1948 and 1949. The facility has a formidable security perimeter, a hardened guard tower — complete with gun ports and bulletproof glass — and a series of gates and doors that lead to a 230-foot long concrete tunnel that goes straight into the canyon wall. At the end of the tunnel is a large alcove room with a single bank vault door. Through that door is a vault built inside a vault with five storage areas, all protected with identical bank vault doors. Over the years the Tunnel Vault was also used as a nuclear materials and nuclear fuel storage area, a weapons research and development laboratory, weapons components storage, and nuclear material assembly for tests both in the Pacific and in Nevada. About halfway down the tunnel is a side room that was used for early development of unclassified research that led to the discovery of the solar neutrino work that later won a Nobel Prize in physics a lab space ideal for the work because it's buried 300-feet deep underground.

If you know anything about this subject and have info for us, please could you share it with us all in the comments section below, thanks. Also please share this post, cheers.
Credit: Rick Dorty/Serpo dot org/UFO Sighting's Footage/UFO News/Ufosfootage/Canva.