There's a lot of people who believes that the military of the US has DUMBS Deep Underground Military Bases around the US and the world with Aliens.

This is all about who you believe and word of mouth as to the existence of the Deep Underground Military Bases.

There's a lot of people who claim to have worked in these deep underground Military bases and have firsthand experience with multiple top secret knowledge. They can definitely have information but because of the compartmentalized system which is in place for a lot of top secret facilities it's hard to agree with just one person's multiple experiences? I'm not saying that it's not possible, it's just that one person knowing to much information is a security risk and as such there's been a lot of implementation in the areas of compartmentalization and for a good reason.

Also, I agree that people can combine information gathered from different sources ie whistleblowers etc but that's called second hand information isn't it? Believe it if you want because as it stands, nobody is going to verify it. Unfortunately, there's to many braggers, liars, cheats, delusional types of people and Walter Mitty type people out there. We've all seen the videos of people pulling out badges pretending to be cops or other types of authority figures. There's many people out there that manipulate, disregard the real authority that is there and sound very convincing. So to Ufology is pretty much under siege by these types of personalities with some having very plausible explanations of many different areas of top Government knowledge. Some stories of intrigue they specifically design to pluck at people's beliefs, want's and needs and exploit people who are more susceptible to key words like "top secret" classified, hidden, Illuminati, Area 51, Skull and Bones but to name a few.

It's an opinion of mine that nobody has 100 percent genuine firsthand experience with multiple different event's considered each in their own right to be top tier conspiracy theory. It's only my opinion, but anybody who has way to much information, especially blurting it out all over the world, hmmm it seems improbable "highly improbable." But I could be wrong, just like any opinion that cannot be proved. 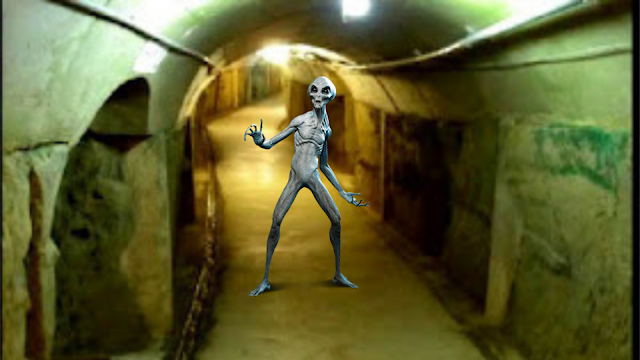 The following photo's shows parents and drawings for the Deep Underground Military Bases around the world called DUMBS. 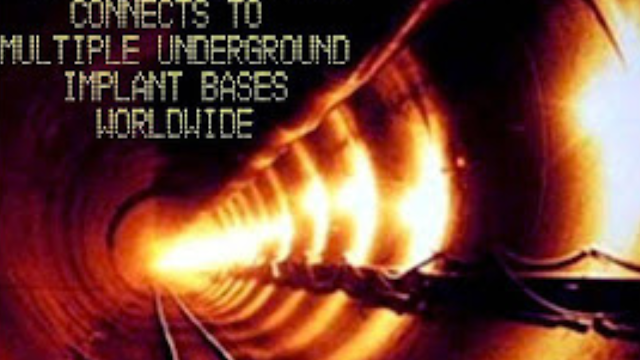 People like to gather information that they specifically like or have some firsthand knowledge of and they add to this. But if we're talking about multiple conspiracies and all the knowledge is coming from one person then it's probably just gathered knowledge and hence only an opinion. It's when people put across opinions and then hammering it home as a fact, these are suspicious. What's the ulterior motives, you'd need to ask these folk as I genuinely don't know?

Opinions are good to have, but it's not good declaring opinions to be fact based solely on because you think it's real.

That's called lying. There's the whistleblowers and the Government goes after them, these are the real "fountains of knowledge" and if the Government isn't after you, it's for a good reason which is usually for the obvious reasons. It's easy to spot a fantasist and a bragger, a deeply misunderstood chap (yes it's usually a guy) because they get angry if you challenge them or have a different opinion. They like to press it (fantasies) upon you even more.

Most of what I've just written comes from experience of the comments section of many social media platforms. You know, the places that offer relative anonymity. A place where someone can pretend to be anyone and invent any character they want to. It's actually the last place you'd expect to find a world class fountain of insider knowledge arguing the finer points of a hot dog based economy instead of a Dollar based economy.

Also first hand experience with contractors "accidentally seeibg stuff" which they can't explain or understand? This genre is sensitive because of the nature of the military set up, it's a secret organisation just by default. So to be hovering way above that gem (excuse the pun) means that you've got to believe in whatever you feel like?

Ufology, Extraterrestrial entities and UAP disclosure all comes under scrutiny from people wanting the truth. That's it, it's not too much of an ask is it? What's the worst that could happen if people know that Aliens are amongst the population? What's the worst that could happen if the people know about Deep Underground Military Bases? So what they've got UFOs down there, big deal right? It's the blooming lying that the people can't stand! I mean, what else are they lying about?

Maybe, they can't come clean now that they've subscribed to this lie, they're never going to put themselves out to dry like that, absolutely no way! C'mon, we're talking about political figures. Apparently they're liars by nature, or liars by default. Tell me they're not, please change my mind, lol. Without smiking or grinning, no winking and definitely no bribes!

UFO disclosure came and went as fast as it came into being. It started in 2017 and pretty much laid itself to rest a couple of weeks ago. The recent House Committee on UAPs had s whole host of names layong down the facts "but for what?" What's fundamentally different now? What's changed? People are still posting things like "are UFOs real" and I kid you not. So what's actually happening about this? Nothing is the answer because it's pretty much designed for appeasement.

After the WW2 era deep underground military Bases (DUMBS) and cities were constructed vastly around the world. Obviously there are thousands of above ground military bases, so it shouldn’t surprise anyone that deep underground military bases and even under Ocean facilities exist. There is an enormous amount of evidence that proves their existence. DUMBS fall under the governments “Deep Black programs” and “Special Access Programs.” Funded via the Black Budget which is in the trillions. DUMBS are also funded through our tax dollars as well as the CIA controlled drug trade. Trillions of our tax dollars are going towards programs that we have no idea even exist. Of course, the true details are hidden. The amount of information regarding DUMBS, the government has disclosed to the public has been extremely minimal. Most DUMB locations are kept secret, but there are a few known ones such as: Raven Rock, Cheyenne Mountains, Ozark Mountains, Dulce Base, Mount Weather, oh and can’t forget about Area 51! According to the late Phil Schneider who worked for the gov in building these dumbs, there are 129 in the USA and 1,450 worldwide. He mentioned this in 1995, so expect there to be many more dumbs now. During his lectures he spoke on every Top Government secret he could remember, such as: The longtime relationship between “Aliens” (Fallen Ones) and US Government, The existence of a Black Budget to the US fund Top Secret Projects, The invention of a device to produce earthquakes, and more. He made clear that, probably, he would not live for a long time. On January 1996, Phil was found dead in his apartment, it was a clear gov assassination. You can watch his speeches on YT.

Below are some pictures and photo's including map's of the Deep Underground Military Bases and the tunneling system which uses extremely high temperature heat to create thick glass walls which it leaves behind itself in the form of these walls "which are simply stunning to behold" I assume? They're on track's and are strong enough to house trains that travel at mach speeds. I'm quoting Disclosure Wikia here:

And then up in recent times, they have more recent, next-gen type of explosive devices, that when detonated, leave a lot more desirable, almost spherical hole in the rock, that also has almost no radiation.”[2]

A lot of underground bases are built under Indian reservations. 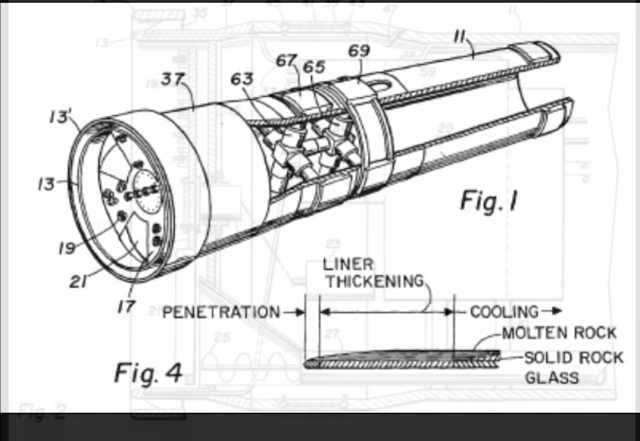 In addition to military bases, there are underground cities built exclusively for the elite and their families. They look like luxury malls or hotels in Dubai.[2] According to Emery Smith, these are located in New Mexico, Nevada and Colorado. They house full-running hospitals. 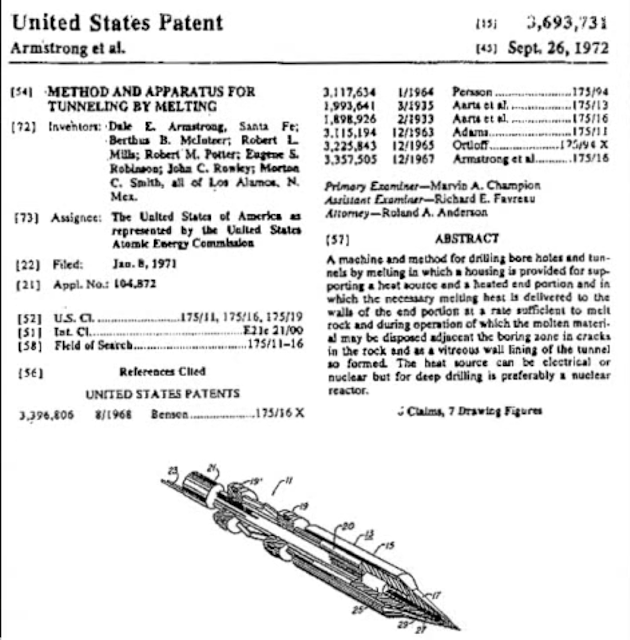 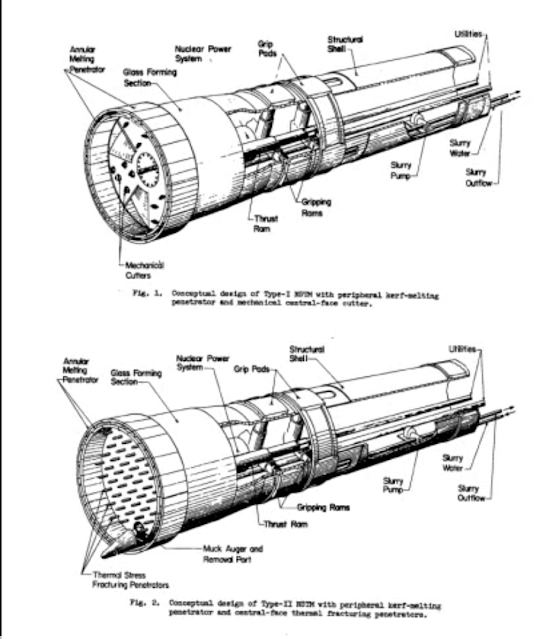 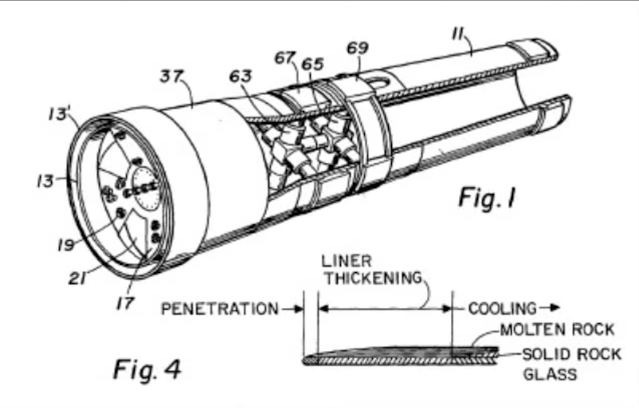 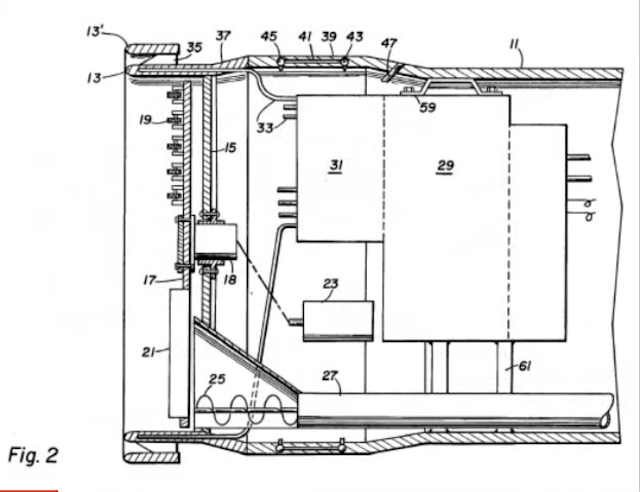 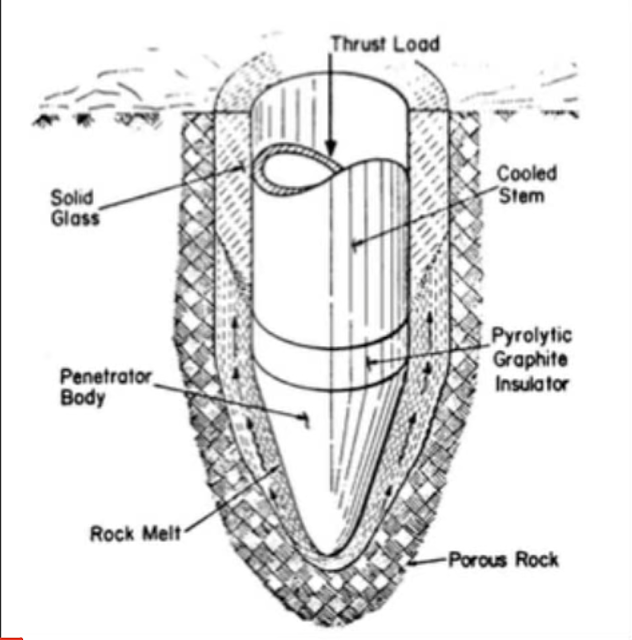 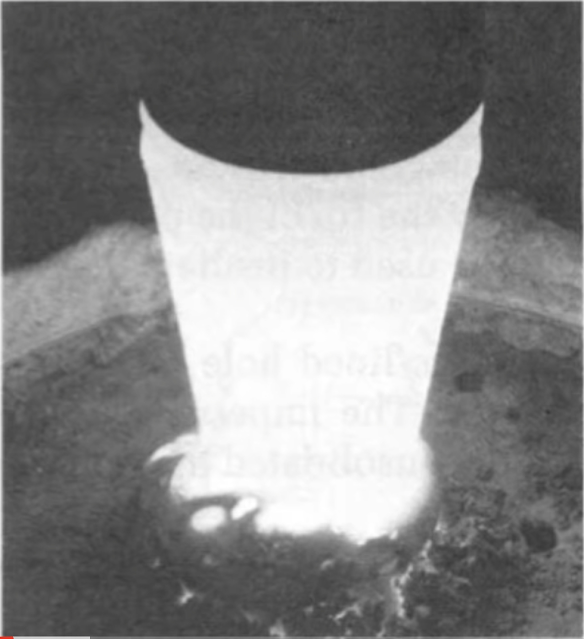 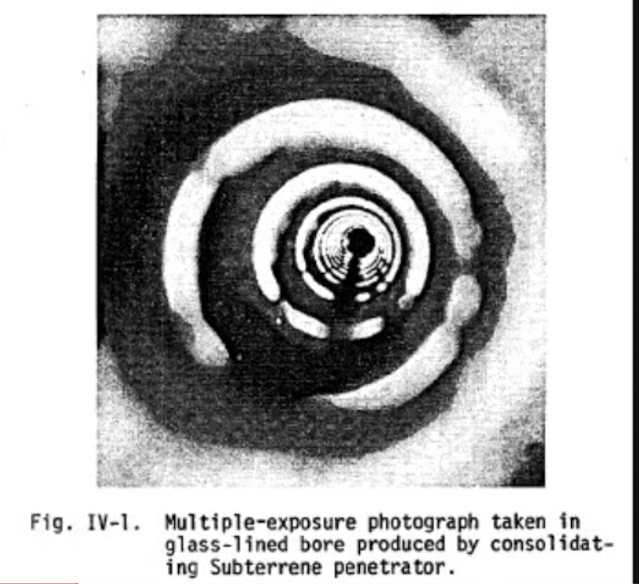 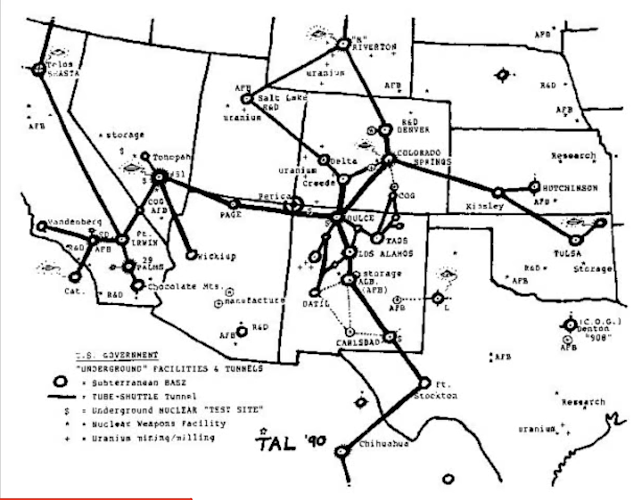 That's why the age old acronym was changed to UAP instead of what it is, UFO. It's gone over 75% of people's heads and because "like minded elites" know, that's good enough. I dare say they're not in the know and believe everyone is aware of this "disclosure" well they're not.

This could be the individual path of knowledge that learned people like to term? The individual path of knowledge or experience and research, discover and learn from. Either way, there's a plethora of real UFO sightings, there's a mountain of correct information but whichever route you take, ultimately your responsible for what you learn and honestly, the best way to do that is to keep an open mind, don't close it off to possibly life changing experiences.

Below is the video of the underground military bases apparently and the map's plus patent and other photo's really do back it up:

If you know anyone who would appreciate this post, please share this article with them, thanks. Please leave your thoughts and opinions on what you think about the video, cheers.