An eye witness and his in-law grandma both saw a really strange looking white pill shaped UFO in the sky over Pennsylvania in the USA. Real UFO video.

Here's proof that the strange and silent UFOs is well and good because over Pennsylvania a white almost floating type of craft was filmed.

The white craft has a bizarre look, it reminds me of something? Something that is life giving, the basis of all life... It definitely has the look of a pill, a Tic Tac even? But it does have a tail like appendage? It's way to high to be a kite or anything terrestrial in my view. 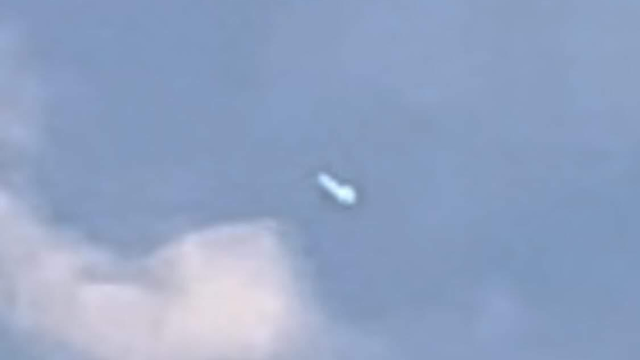 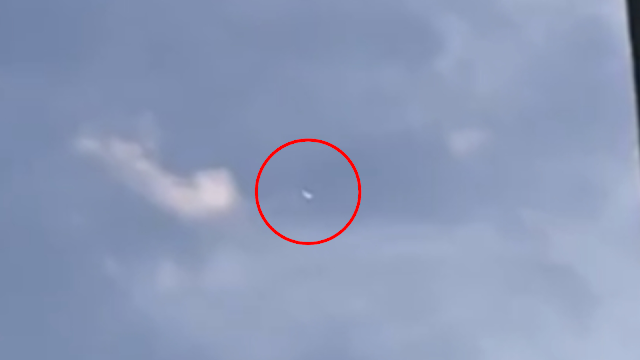 Anyways, it was silent and definitely has nothing by means of propulsion systems or propellers but yet it's there in the sky flying but almost floating? It's a cross between a flying and a floating UFO, it's white and has a tail with a front end that's a bit different from the back end of it.

It's really hard to describe because it's a bit basic in terms of a detailed craft or even what it's doing? It's white, it's flying and going fast in a nutshell. But, everything about that "even the basics" shouldn't exist, everything about it is unbelievable and I couldn't imagine what it's like filming such a thing, especially afterwards when zooming into the UFO and seeing a white unknown craft? It shouldn't be in existence as humans don't possess that kind of technology, at least in public they don't exist.

Yes, it's way better to list what it can't possibly be which in turn - just like the US Navy and Government, DoD etc did with the UAP videos, they listed what they can't be and in the process leaving the only thing left, that it could be! A visitor from outer space.

Oh, I know exactly how it sounds, but I'm also up to date on what's now a fact in the world of Ufology and Unidentified Aerial Phenomena as opposed to just a few years ago. Go look at the New York Times "apology list" related to people who was once ridiculed by them for having outlandish views.

The horrible people, why would they, oh because they can and they did! No oversight on such thing's.

Hello I managed to capture a short clip on July 26th in Pennsylvania that has me so confused. My grandmother in law and I witnessed a super strange looking object moving across the sky not making any noise. It was compelling enough I pulled my phone out and was able to capture it. My relative said in all her 83 years on this earth she’s never seen something like it and I’d have to agree. If you’d be willing to have a look I’ll send you the vid with some zoomed in screen shots get your opinion. It’s a weird pill looking thing that doesn’t look like it should be able to fly? I guess I’m just looking for someone to level with me and tell me what I saw was anomalous or what, idk. The video quality takes a hit sending via instagram but the zoomed in pics come from my phone and are more clear.

I hope you have comments on what this could be besides the obvious UFO? I've definitely ruled out a lot, like top secret technology or private companies because it's that high in the sky it'd need clearance from the air traffic control. So there's not a lot that this can be...

Here's the really good UFO sighting video which was uploaded to YouTube by UFO News channel: