Here's a really good UFO sighting from Sweden which shows us a couple of people on a quad bike and a sledge with a flying saucer filmed over trees.

I've been looking for really good "undeniable proof" of real UFO activity and I've found an extremely interesting video that I think your really going to like.

This is undeniable, it's probably the epitome of what I've been looking for in my UFO research! For real, it doesn't get any better than this. Barr none this is "frame by frame" perfect with the reflection of the Sun in the place you'd expect to see it. The reaction from the guy been pulled on a sledge shouting at poor Helana is correct. The overall feel of it being genuine oozes from it. You'll probably feel it yourself because that's the thing with these types of UFO sightings, the ones that look and feel real are universal not just local to one person. 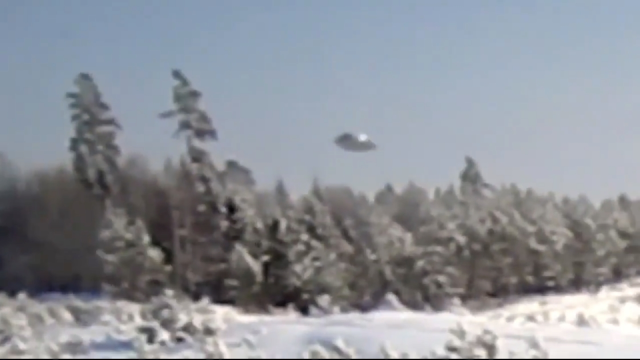 Spectacular UFO sighting from the treeline in Sweden on Quad bikes. 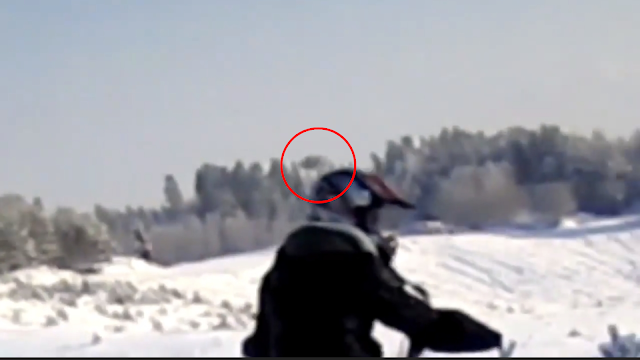 Credit: Ufosightingsfootage Instagram/UFO Sighting's Footage/UFO News YouTube Channel/Ufosfootage/Canva.
Set the stage, your in the wilderness out in the "literal middle of nowhere" actually it's in Europe, particularly in Sweden with nobody in every direction and what's worse than that is you've got a guy behind you been towed on what looks like a sledge shouting your blooming name with a UFO off to the left Above the tree's! I'd be unimpressed with this action for real, not only have you now got the interest of a Flying Saucer but you've probably got us hunted and what's more is that they've now got my name!
Oh, I'd be livid!
Actually I'd probably want to dump you right there, just literally reach behind me and unhook the rope and be done with you and your crazy way of acting "stealthy near a UFO."  This guy is literally shouting at the person who is driving the quad bike "Helana" then he shouted it again, Helana with a slight hint of urgency and a poor attempt at trying to be quiet! Helana he goes on again, there's something over there or something to that effect, to which she can't reply because wait for it, she's got a helmet on so she's not really paying that much attention.
Helana, Helena, with an almost hiss but as if he's getting angry because she's not looking to where the Flying Saucer is. "Will you blooming look over there, please Helana" what's that above the trees? There's no response because she's got a helmet on, duh!
You my friend, are walking!
Is my immediate reaction to him and his hisses, but I suppose if I did leave his sorry butt in the snow, I'd have the family to deal with and they'd be on my back? Plus I'd feel guilty etc. Okay, do that again and your walking is what I'd eventually say, lol as I'm putting my gloves back on!
Laughs aside, in the far off left of the screen above the treetops we can definitely see a single, dark to silver in the reflection of the Sun - craft. It's unmistakable and guy's I posted this video on Instagram and OMG it took no time at all to reach 175K views! It's because a lot of people can relate to the situation and it's quad bikes, it's outdoors, it looks real, it literally could be anyone in this situation that this might have happened to and I genuinely think it's this which has resonated with people?
Related post
UFO Mothership Is Dropping UFO Orbs During Huge Thunderstorm
2 Fighter Jet's Fly Right Past A Flying Saucer
Italian Fighter Pilot Intercepted UFO Here's The Evidence
Sweden, the land of mountains, skiing and milk and honey 🍯. It's definitely not known for UFOs if I'm being completely honest with you, it's more associated with beautiful holiday's, white snowy capped mountains and beautiful never ending vista's of unbelievable scenery. It's Sweden, it's a truly wonderful place. UFOs are probably way down the list when it comes to unknown phenomena which is what this is. It's unbelievable UFO footage of a real looking and genuine I might add Flying Saucer and the genuine reaction from the eye witness which in this instance is only one witness but there was two people. If it was hoaxed then both people would have noticed it, right? It's little things like that which tells us that it's a truly amazing UFO sighting and probably real.
Related post
Eye Witness Watches Triangular UFO For 2 Hour's Over City
I've explained before where I am at the moment regarding Ufology. After 2,000 news articles spanning Ufology, conspiracies, ancient Aliens and other phenomena, I really can say that overall the Government is working against disclosure of any kind and that there's a build up of a specific kind of UFO which is the UFO Orbs. These are real and they're everywhere! I'll be writing about them soon.
Here's the extraordinary video which was uploaded to YouTube by UFO News channel:
If you know anyone who would appreciate this post please share it with them, thanks. Also I'd appreciate it if you would share your thoughts and opinions on this, cheers.
These are some good videos like the one I'm writing about above but yes, it seriously all depends on what "you want to believe?"
.
Credit: Ufosightingsfootage Instagram/UFO Sighting's Footage/UFO News YouTube Channel/Ufosfootage/Canva.