An Eagle eyed viewer watching back the terrible events unfolding in Richmond (which happened earlier in the year in the US) was shocked to see a blatant Under Water "USO" literally whizz past the cameraman and nobody has picked up on it - till now.

As you can imagine the eye witness (Joe Lopez) was definitely shocked by what was happening because it's TV, right and 600 gallons was reported to have been spilled. Thank you for contacting me about this awesome USO, Joe! 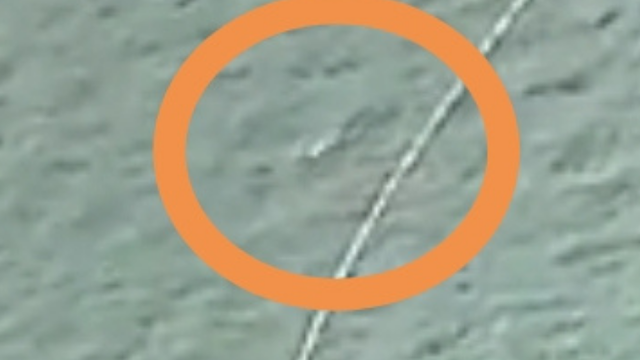 But as it seems yet again, nobody from the TV company has even wanted to mention it (USO) and made no attempt to point it out, nobody has at all and it's as bloody blatant as the nose on your head.

The news agency Fox 2, KTVU has looked the other way in my own view, I believe that they must have been aware of the brilliant white drone type submerged object speeding right in front of the helicopters camera? 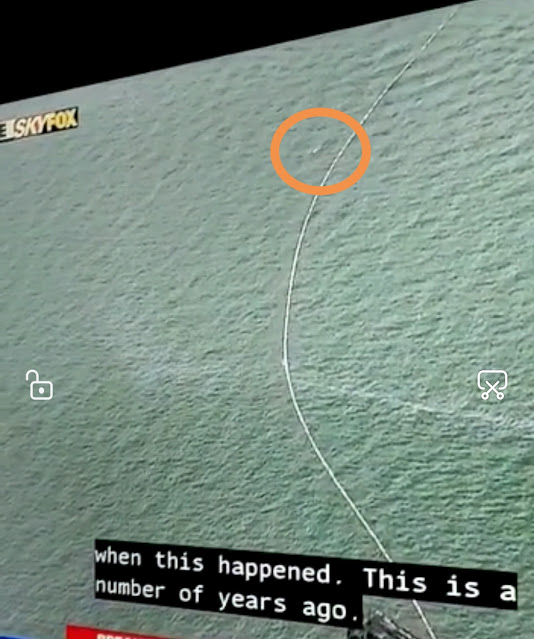 Occasionally it's (USO) is making white, whispy waves as it sensationally swims past so fast in the top, middle of the screen. The mounted camera catches it all? You'd think so wouldn't you that there'd be a comment or two about it or even a quick tweet from the News Agency asking what it could be...

It's most certainly not the first one to be seen on TV of late, I myself caught a glowing, white sphere UFO on the BBC live London broadcast right next to Big Ben which is in some of the most restricted air space in the United Kingdom! I've just remembered another live TV UFO sighting that I took not long ago.

Here's the video I took of the BBC UFO next to Big Ben in London:

There's a few leading opinions as to what these strange anomalies could be:

I don't make up the opinions, I just write about them. There's a fair few other specific opinions that have been bounded about online also but for now, I'm afraid I'm just focusing on a few as I could be writing all night if I was to be mentioning all the other contenders. 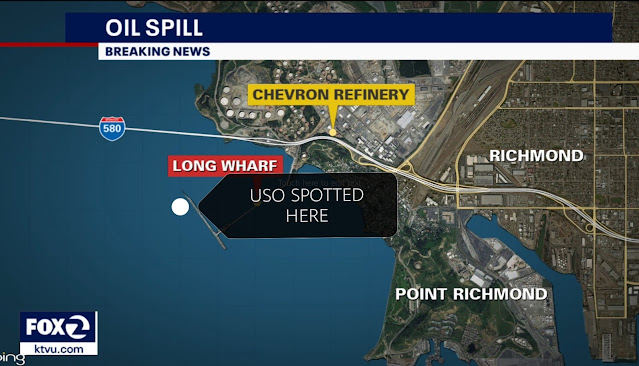 Credit: Joe Lopez/UFO News/UFO Sightings Footage /Canva/KTVU Fox 2.
When the US government allowed the US Navy to release those three UFO videos which shows us the extent of the Alien/advanced technology they opened a floodgate of answers to otherwise "unanswerable questions" certainly in the minds of conspiracy theorists.
Tables are turning, mindsets are changing and people are opening up to new way of thinking! Like Martha Stewart said "it's a good thing" lol. Where once the word conspiracy was a derogatory word, a by word for throwing doubt on opinions, it's fast becoming acceptable and more over it's being watched by and talked about by probable unbelievers in the past who totally disagreed with Aliens and any and all conspiracies.
I'm talking about:
News editors (I've written about this), journalists (who now investigate UFO events), police that have had encounters with UFOs, religious leaders actively searching for Aliens (the Vatican Telescope is called Lucifer), Military Officers with blogs about UFOs, Coast Guards, going on record with strange events that occurred, pilots chased, nearly knocked out of the skies by UFOs.
And celebrities risking everything to talk about UFOs they've seen, documentary film makers chronicling sitting Presidents who had UFO encounters so close they could touch them, CEOs but to name a few. All, now going on record with sometimes chilling UFO encounters that would have otherwise been left in the past.
What I mean is that before 2019, before the release of the UAP projects 3 UFOs (oh they've got a lot more, a load more in fact but these three made it through. The contact ones could not be released by the US government. They "must remain Top Secret" and that's probably for what happened is my best guess? Or even what was said... And the 3 UFOs caught on camera by Military Jet Pilots we had all the above mentioned people standing in the denial camp!
All of whom have done a complete 180! The multiple examples are extremely important to the human race, to our history and to our culture because one day, one day in the future it will be as normal as you are now, to me.
Richmond Oil spill USO sighting video:
Credit: Joe Lopez/UFO News YouTube.
But now, the evidence speaks for itself type of people are coming round to the fact that we're not alone in the Universe. The US government would not release secret technology evidence of another country and say we don't know what this is!
And people know that.
So, it is exactly what you know it is. There's a presence on the Earth 🌍 that has been discovered and the government came forward with this evidence, for me, it's UFO disclosure which is something I've personally been waiting for since I can remember?
But just because it didn't come to light involving the White House lawn, a Martian getting out of a UFO and a handshake, just because this Hollywood type of disclosure didn't happen, believe me it has happened. But in reality, in the real world.
Credit: Joe Lopez/Fox 2 KTVU/BBC/UFO Sightings Footage/Canva/UFO News/RT News.