This UFO was reported over San Juan in Puerto Rico and it was firing a real looking laser into the ocean. It's a horrible looking UFO but it's real.

This kind of UFO with a pulse of light or energy beam hitting the ocean and bouncing back to the rectangular UFO, is well out of my comfort zone and I have no idea why?

I feel a bit different seeing this bizarre UFO, it's because it looks military and menacing. Don't get me wrong it feels real, the narrator sounds official and I have to say though, it looks hateful.

It's definitely a real UFO sighting over San Juan in Puerto Rico but I can't tell if it's friendly or not! And that's why I don't like it.

It looks like it's trying to do something or someone harm? There's a horrible negative wave coming off the "rectangle UFO in the clouds" and it's that which I don't like one bit! 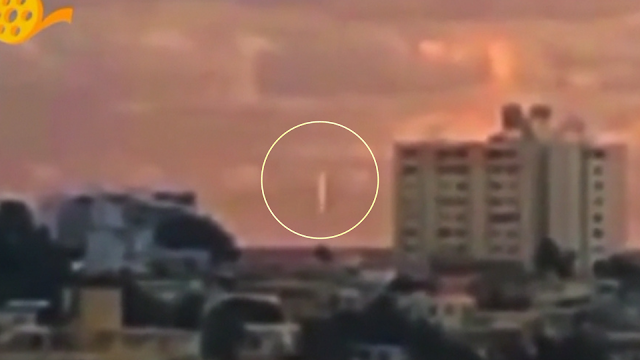 For starter's it's weirdly camouflaged in a reddish, pink cloud which isn't uncommon believe it or not as I've posted before about cloud's seemingly UFO in nature but the whole sky is in this strange pinkish hue colour. The cloud's are a lot denser, in fact they're probably more denser than normal? I really don't like the look of this UFO you know, what is going with it, that's not to say it's fake. I just don't like the feeling this UFO is giving off.

Me not liking it has got to be more to the point - it's what it's doing? This pulse of light looks like it's up to no good, if there's boat's out there on the ocean then I hope they're okay? If there's a secret agenda to this I think it's military in nature, but not our military, I'm talking about the Extraterrestrials military forces.

Have you ever seen a UFO video and just stopped to wonder what type of UFO it is? So, okay it's a UFO but is it a military UFO or just a very peaceful Alien race watching us out of curiosity... Because the latter really doesn't seem to be the reason! They seem to be (especially looking at this one in the video) a military type of UFO.

Because if it's the military that has been sending out the UFO Orbs, the surveillance drones etc then it's more than likely not a good sign! When militaries around the world send out drones etc it's always for strategic reasons, to gain vital information that can help you in the future!

So when I look at this kinda UFO video, I get a bad feeling when I see pulses of light being directed into or onto the sea or targets! I'm a 100 percent believer in Extraterrestrial entities (that's non negotiable) so when I see extremely real looking UFOs (as opposed to the small drone type UFOs), 99 percent possibly real looking UFOs and they're staging what looks like a very deliberate act of aggression, it's this that really makes me not like what I'm seeing.

I'm glad I worked through why I don't like the look of this UFO, it's strange because it looking so real is what I don't like about it.