I'm shocked to research about UFOs actually turning off nuclear bombs in Air Force bases around America. One in particular was 60ft underground.

This is incredible first hand quality information straight from the horse's mouth so-to-speak.

Captain Salas witnessed this massive UFO actually disable the nukes right in front of him "60ft underneath the Earth inside of a concrete capsule". The fact that he signed a non disclosure agreement or a "gagging order" as they're widely known seems to be going against everything that he stood for, so why is he talking about something that he signed an agreement saying that he would follow? How is it possible for him to talk about it, is there a time expiry date, maybe? 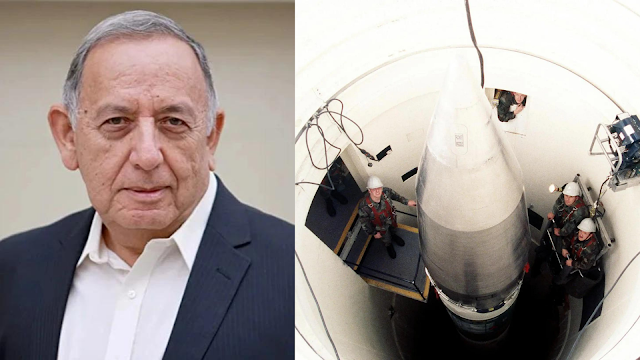 Credit: US Air Force/The Sun/Express Online/Wikipedia/UFO Sightings Footage/UFO News/Canva.
He's in constant communication up top with his fellow Air Force personnel. And I'm sure that when he's watching these nukes going offline probably one at a time, he's more than likely giving birth to bricks by now because right there and then, he's just realised that the United States of America has just become vulnerable to the enemy ie USSR (Union of Soviet Socialist Republics) or Russia for short. Can you put yourself in the shoes of Captain Salas and imagine everything that you have been taught in military school, college is now bearing down on your shoulders.
Let that sink in for a second or two.
As a nation, as a western power we've just been rendered useless or as useful as a big floppy disk in 2021. This is fricking unbelievable that Alien entities with advanced technologies (which isn't in the hands of humans yet) has just been used against us. The only thing that shocks me more than the actual Alien encounter itself, is what happens next. 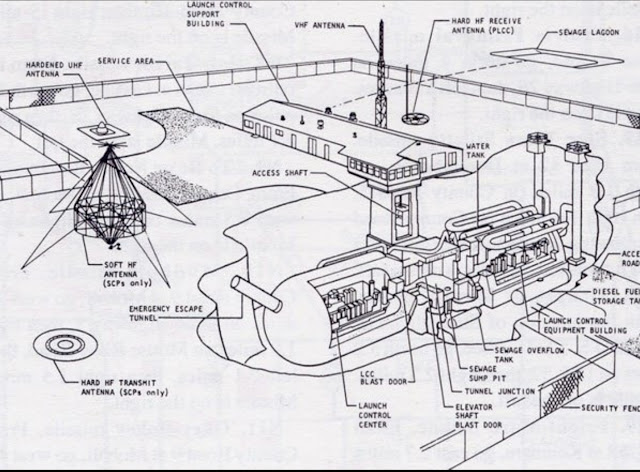 Credit: US Air force/The Sun/Express Online/Wikipedia/UFO Sightings Footage/UFO News/Canva.
The Air Force upper crust, the crusty big wigs actually makes all the eye witnesses sign a shut up gagging order and on the very same day. Seriously, on the exact same day! Not even an after thought or something that you'd expect a month later after the power's that be have just realised what happened. This is now a standard procedure, but how, why? Which in my own opinion means that this has more than likely happened before. It seems to be a tried and tested response right, by the people who deal with this type of thing which sounds to me like a response team. Which also means that someone else in another silo or another hole in the ground elsewhere has had UFOs turn up and shut stuff off the nukes. The men in black (MIB) turn up and demand the eye witnesses sign a gagging order. A non disclosure document, it's the very first thing that the military Air Force does. It means they can legally take action on you to shut you up if you mutter anything in your sleep, in anger or in collusion, working against them, even if you are writing a book, or teaching on the subject etc. They can, and they will glue your lips shut with an invisible fear factor.
Related post
Top Secret Flying Saucer Filmed in 1992 it's To Big To Be Man Made
It wasn't a good thing or a good idea to go public I think, because he signed that non disclosure document! But I don't believe he's been asked not to say anything since? See, to me that looks like an ominous sign for "watch your back." Because the normal common sense reaction to breaking a non disclosure agreement is that the Air Force would try to stop you talking. Slap a cease and desist order. But it's eerily quiet. They haven't been in touch (the way I'm reading this case) and that looks very, very suspicious.
Let's keep an eye on that situation, but in the mean time let's get into the story by the Captain:
The 60ft underground concrete capsule has been rated to withstand any known commercial missile. Unless it's a top secret unbelievable bomb, nothing will ever penetrate that capsule at all. However:

The average nuke today is about 500kt. The Launch Control Centers that control the US ICBM fleet are designed to survive just about anything up to a near hit by one of those weapons.

Related post
Aliens And The American Astronauts Work Together in an Underground Base on Mars
And then there's the nuke that's been designed to eliminate a specific nuclear bunker... say for instance the NORAD - Cheyenne Mountain Complex. You see that's just the problem about whistle-blowers and people talking about UFO encounters at say a 60ft underground concrete capsule. Just saying that it's 60ft underground and it's a concrete capsule, well I don't know a lot about state secrets as you'd expect but that "at one point in time was priceless information to the enemy", right! So I could get behind these non disclosure agreements but only to an extent. I would never give away any state secrets to Russia, China, Iran, Pakistan or India. There's no question about that, but it's all about context. 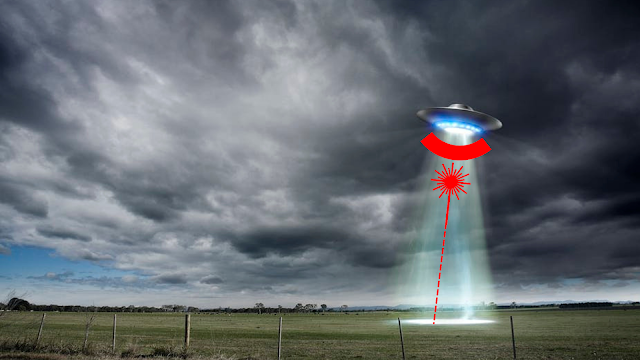 Credit: The Sun/Express Online/Wikipedia/UFO Sightings Footage/UFO News/Canva.
Also, this isn't the only one to happen at a nuclear bunker. The United States had a real unidentified threat on their hands. There's been various nuclear bunkers been targeted by UFOs and either the nukes were destroyed beyond operational or just turned off like at Malmstrom Air Force Base missile silo. 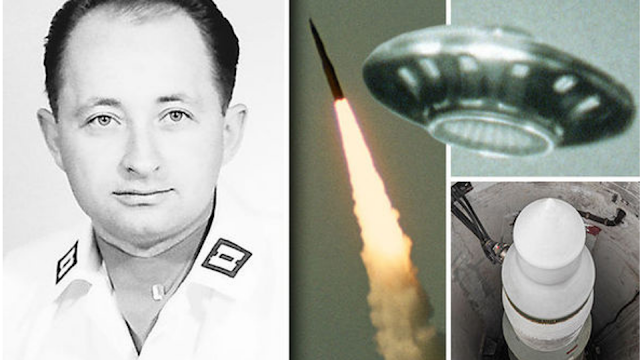 Credit: The Sun/Express Online/Wikipedia/UFO Sightings Footage/UFO News/Canva.
Here's the other UFO encounter at the Air Force base with Captain Schindele. Full name David D Schindele, this photo was taken during his time with the USAF.
Check out this one:

Captain David D Schindele was formerly a Minuteman, intercontinental ballistic missile launch crew commander in the Minot Air Force Base missile field in North Dakota.
In December 1966 he was at a launch control facility, near Mohall, North Dakota, when an unexplained incident occurred.
Mr Schindele claims air force officials ordered him to never to speak about the incident, and effectively erase it from his memory.
But he has now told the "true story of the incident" in the new book “It Never Happened, Volume 1.” Credit: Express Online.

Guy's, cheers for coming back time and time again to read my post's, UFOs are one of my biggest passions and I thoroughly enjoy putting my whole into getting a history changing UFO encounter together. I learn a lot when I research these stories, there's always a lot more that I can add to these UFO event posts but alas, I can only add so much because post's cannot go on for 500 pages lol. So, I try to pick out the best and most important point's of interest about that (or this one) UFO encounter. Please share this post with someone who you think would appreciate it, cheers.
Here's an awesome YouTube video about the incident:
Please share your thought's and opinions also any ideas that you might have about this amazing UFO story, this YouTube video absolutely nails it and it's straight from the horse's mouth so-to-speak ie Captain Robert Salas (ret) USAF). Guy's, this is the "go to UFO encounter" which will restore confidence in you if your UFO beliefs start to be challenged or start to waver. Because it is the best UFO evidence that Alien's exist, humans wouldn't turn off nuclear bombs especially man made UFOs made in the US. Russia didn't do this, because there was no follow up event. This was Extraterrestrial entities exerting their power and showing humans that they can definitely get to us whenever they want.
Credit: The Sun/Express Online/Wikipedia/UFO Sightings Footage/UFO News/Canva.