This is a fantastic video showing us a UFO sighting going live over Las Vegas Nevada. It's been filmed through a car window, it's round like an Orb.

This happened 2 day's ago over Las Vegas, Nevada with the eye witness managing to film one of the best UFO event's in the last week.

These UFO Orbs are probably the best and most abundant UFOs that there are. Believe me they're absolutely everywhere around the world, it begs the question though "where are these UFO Orbs coming from"? 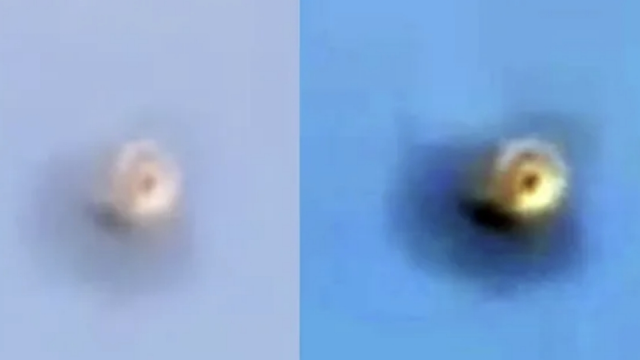 Have they been here all along, is there a base underground (the most likely answer) and as far as the Moon goes, were already aware of the real bases on the Lunar surface.

Watch this amazing catch in Las Vegas, Nevada a few days ago. An eyewitness heard something loud that sounds like a jet and opened his phone to record, just in time to catch a strange object passing overhead. The object sounds like a jet, but looks alien made. I believe this craft could be one of USAF top secret evolutions of the TR3B, which started out as a triangle, but may have evolved into a new generation of spheres. Watch the video and its slow motion close up I made at the end. I have never seen a man made craft that looks like this before, and I worked on the flight line on B-1 bombers at Ellsworth AFB long ago. Scott C. Waring - Taiwan.

The best UFO sighting(s) that's ever happened since day dot, must be the 3 UAP video's showing the Tic Tac shaped UFOs. My reasoning for this bold remark is because going back equally to day dot, people have been saying "until we get solid evidence from the Government, then I'll believe it". Low and behold - either fast forward from back then or let's just go back a few years to the golden age of UAP disclosure in 2017.

It'll forever be known as the day the US Government grew a set of pool ball's and came clean to the public about UFOs. They released 3 UAP videos aka UFO videos from US Navy Jet's filming in Flir (Forward Looking Infrared cameras). This is why the videos look like they're all in black and white, it's Infrared cameras. We cant even blooming see them in the visual part of the spectrum! 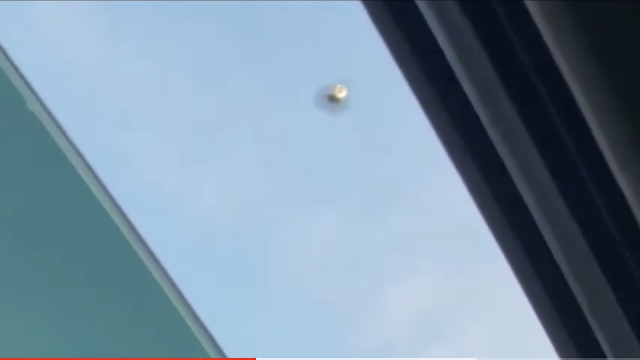 How's that for a mind mess? Seriously, that's one massive trip. They could be, in a sense, be right above your home just now and you wouldn't even know it, because they're all silent running as well. What a stunning discovery whoever the sharp eyed pilot was by accidentally flicking through the cockpit video channels and when they turned on the Flir frequency/channel, he or she was like hold on a second "wtf" is that? Hold on buddy, go back a sec!!! What's that on the screen. It's not there in 20/20 vision, but it's there on the Infrared camera?

Better get the Commander In Chief on the blower! This is a code brown pants. There's Aliens on the starboard side, yadda yadda. And the rest as they say is history. Or rather it would be officially history if they'd been up front with the public and not covered it up. What, you really, really think that these 3 UAP videos was all that they had amassed over many decades of service? C'mon let's just rewind a few years and think about how long they've really known about Tic Tac UFOs sorry, UAPs Unidentified Aerial Phenomena? They seemed to have left that bit out.