UFO Comes Out Of A Hurricane Filmed From Satellite

Here's a really good UFO sighting that shows us a UFO that is flying out of the eye of the storm.

We are going to be seeing some really bizarre stuff because as the weeks and months go by, technology is only getting better and better. There's no information with this video but I thought you'd like it anyway's. NASA doesn't put out statement's about UFOs so it 8s what it is guy's. 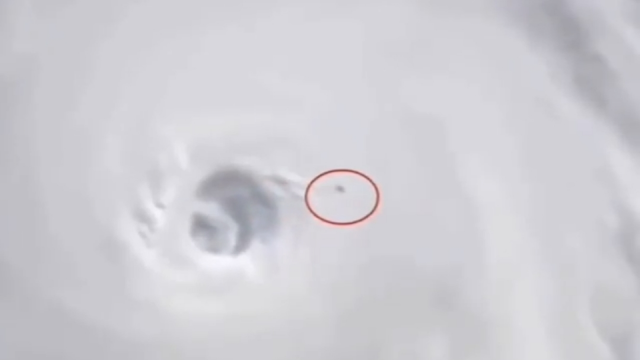 Soon technology is going to be so good that we will not be able to tell the difference between a real UFO video and a hoax or staged UFO encounter. Recently released multiple videos shows people who are clearly not in the video but are having their facial expressions and features manipulated by AI and AR to have people say things, without their knowledge at all. It's getting really bizarre in the Augmented Reality world. Ufology is gonna suffer from it big time just because of the nature of it. People like hoaxing UFO sighting's.

Just recently anyone can create a video showing their own face but on a real dancer's body, they can even pretend to be Boris Johnson I kid you not. And all the while their faces are swapped out with "your own face" for entertainment purposes of course, but to the point where you can not tell the difference between who is whom?

And that's why it will be manipulated by anyone who has a nefarious reason to...

I'm mentioning it because UFOs are in real danger of becoming so commonplace and manipulated so easily just by downloading an app that Ufology is in danger of becoming widely laughed at once again! Just after we've had UFO disclosure as well what with the UAP videos been released by the US Navy on behalf of the US Government's DoD (Department of Defence).

This is a fantastic UFO sighting showing us a probable UFO coming out of a huge storm. The eye of the storm can be seen in the video with a very distinct UFO in black coming out of the eye. It moves away from the middle of the storm and flies to the right.

The video is from a weather satellite which is high in the Earth's orbit. We can see huge white cloud's circling around in a spiral. What's your thoughts and opinions on this one guy's?