The exact same UFO (in theory and opinion) has been filmed flying over the same place in Israel called Nahariya time and time again. It looks real.

This is a fantastic UFO sighting from over Israel but what separates this extraordinary UFO event is that it's been filmed by the same person time and time again in the same place.

It was filmed over Nahariya in Israel, in July of 2021. The eye witness who wants to be called Dozz only states that it's been seen many times and at least 3 different times he's filmed it or photographed it. Thanks for sending it to me, cheers Dozz. 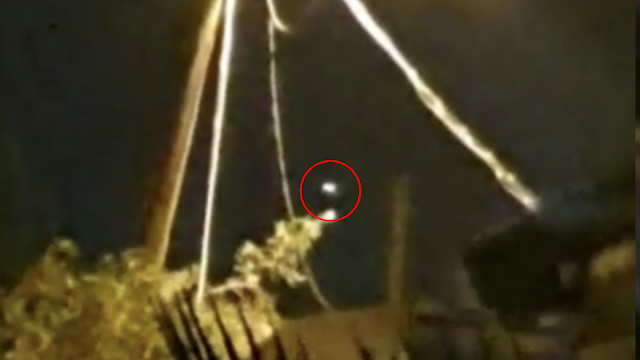 It's one thing when a sharp-eyed photographer catches a UFO in their lens or manages to snap a picture of something strange in the sky. But what happens when the same eye witness captures the same object, just from the same spot, on multiple occasions? That's when it becomes a mystery as opposed to a sighting or an event.

First of all it's a very unusual UFO or flying object. It looks like an unexplainable phenomenon filmed in a different part of the world where orbs are usually spotted. Because I've been sent stuff from this region of the world before and overwhelmingly it's been Orbs. 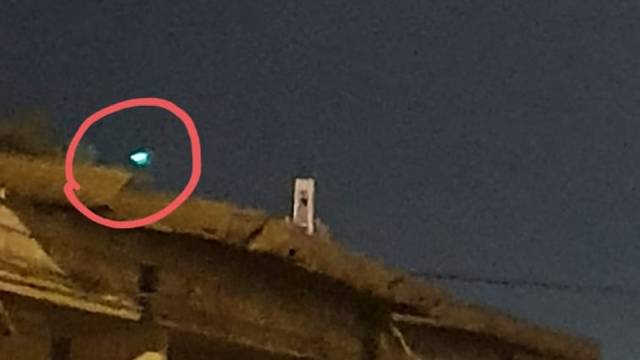 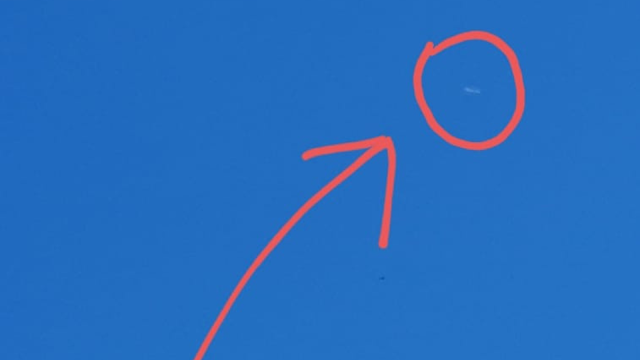 It's hard to say what it is but it's a fascinating video none the less. The video was filmed on a mobile phone so the quality isn't that great, but the viewer can still make out some details about the UFO and for that we are grateful! This is why more people should be reporting these things because more of them could be captured on camera. There's plenty more videos of this and other UFOs over the skies of Israel, Russia and the Netherlands for that matter. And it's clearly not just one UFO sighting as he's filmed it, photographed it and all in different light so it's pretty much day and night that this one UFO can be seen? This happened last year in July of 2022.

The witness hasn't said if it's happened this year in 2022 but going off the two photos and one video I'm inclined to say that yes, I bet its been over the same place but maybe nobody has been there to capture it as we've got the evidence that suggests it comes and goes whenever it pleases. That seriously can't be good for Israel, or the US because it means that there's aerial vehicles in our atmosphere and nobody knows where they've come from! There's a good reason why we have flight plans.

Well it's not to identify any possible UFOs but it's most certainly a good part of any Ufologists toolbox as it allows us to cross reference the time and date, place etc with the aviation app and we can at leadt aee if there's anything else in the area? But to be honest, even if we did have the day in July, it doesn't matter because as we can see in the video it hovers! Airplanes don't hover, helicopters can hover but those thing's are loud and theres clearly no helicopter engine sounds. Anyways this has got basically a light for a body. It's full shape that we can see is made up of light or light is eminating from all it's surface almost as if it's a UFO Orb reflecting street lights? This could be top secret stuff! We could be witnessing a concept aerial vehicle maybe?

So what do you think caused these strange lights just hanging over the buildings? Can you explain this amazing UFO sighting because I'm going through a list of potential reason's why this is there and what it could actually be? Is it some new secret technology developed by the military or has Dozz captured an extraterrestrial craft on tape?

I don't know how to prove that this UFO is the same one. This is just a hypothesis of of the eye witness and mine if I'm being honest because of the evidence and the likelihood of a UFO been caught on camera at the very same place over and over again. I even tried to see the stars in two different shots, they might be the same too, but I can't be certain. It could be an orb, a top secret spy plane, or even some sort of plasma vortex that moves. There's literally no end to the speculation on what it could be? What's your thoughts and opinions on what this could be, please share them with us below, cheers.