The NORAD US Government command center is under a mountain called Cheyenne. It's rumoured to have Alien craft's and Extraterrestrial entities there.

There are so many rumors swirling around about what's under Colorado. Watch the 9NEWS special "Under Colorado".

Many residents have heard about a secret military city under Denver International Airport, even a government project on aliens down there. There's still a secret entrance to the underground installation under the Denver Airport.

“Let’s get excitement around our airport. And that’s OK if people think we’re weird and have the Illuminati and that aliens land their spaceships here. That’s fine with us. Keep thinking it. And we’ll keep trying to prove you wrong, but we’re not afraid to embrace those conspiracies.”

Leading on from one conspiracy theory right up to another with all of our brain synaptics firing on all cylinders, we delve into the world of The Cheyenne Mountain UFO conspiracies which has been around a lot longer than most people will probably know?

Coloradans have heard about what it’s like inside the most famous underground military base in the world:

Cheyenne Mountain. Just south of Colorado Springs is one of the most famous military bases in the world, but you can’t see it. It sits one mile inside of the granite block which is pretty much a literal description of the Cheyenne Mountain, with the military base actually 2,000 feet down from the surface. Oh and did I mention that it's got two blast doors and not just the one blast door?

The Cheyenne Mountain facility was completed on February 8, 1966, and serves as NORAD's secondary headquarters after the Peterson Air Force Base in El Paso County.

The bunker lies 2,000 feet under Cheyenne Mountain outside Colorado Springs. It can be sealed off by two giant blast doors made of concrete and steel, each 3½ feet thick.

'We like to say it's the most secure facility in the world,' said Steve Rose, deputy director of the base. 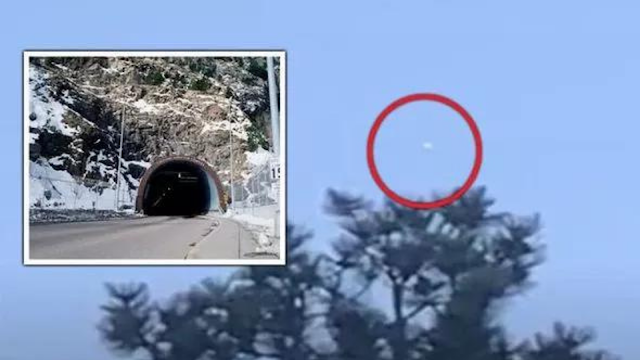 To see the above UFO sighting video go to Express here.

There's plenty of rumours going around about this really top secret, like go near it and your jellyfish on toast. A weird way to say that they've got permission to use over the top lethal force but gey, wat do you expect because it's a secure facility where the safety of the United States of America is conducted from. So, if you get close without clearance and it's happy birthday to you! Good night Vienna etc.

Lol, check this out:

People think that anyone can tour the awesome Cheyenne Mountain underground nuclear bunker or NORAD? Here's a quick statement from the military base itself:

As a result of ongoing operational and security requirements, Cheyenne Mountain NORAD is not open to the general public for tours. 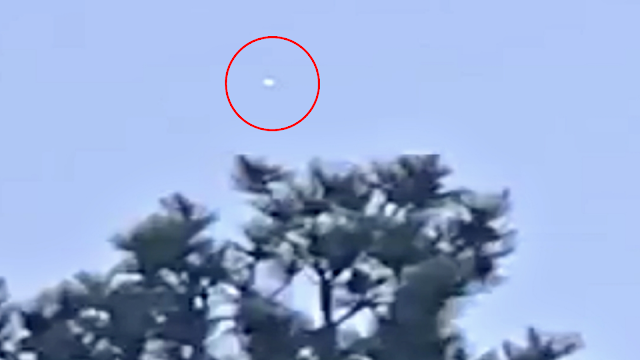 Seriously, someone actually asked if they can have a tour? It was probably a KGB spy trying to get lucky! Lol.

Here's some absolutely amazing photos of the quote "supposedly" Extraterrestrial craft's base forward slash, Alien base with Human cooperation and assistance with creating Human/Alien hybrid's. Look, I'm as open minded as the next guy but I'm a realist and I'm not buying into every single conspiracy theory been correct. I'm going to be honest with you and I'm leaning more towards a base assessment. Let's say there's a thousand conspiracies - as an example only. Then let's just say that only 5% of these have any truth to them or just part truth to them? Of that 3% are real and true conspiracies. That's 30 real conspiracies are real. Let's be liberal and take it down to 1% of 1 thousand, that's 10 conspiracies that real real. Even if only half a percentage of 1 thousand is real, that's 5 which are real. We all know how many conspiracies there are just with NASA alone! 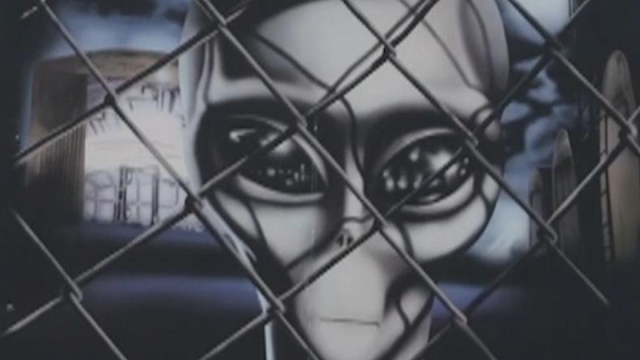 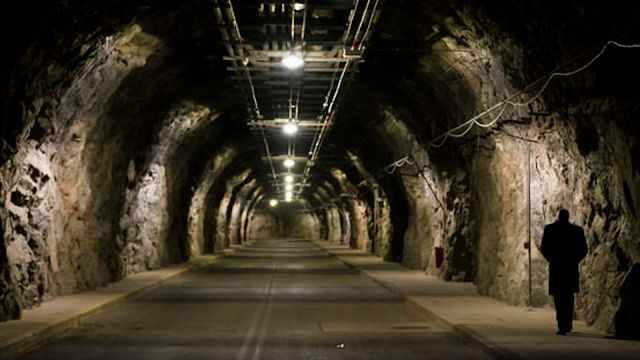 NORAD underground military base, light's on but dimmer. 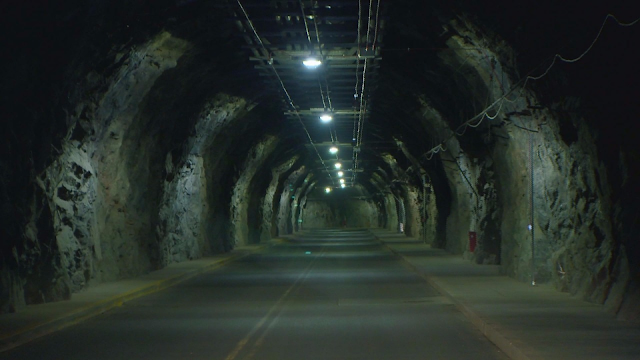 So yeah, let's add together the Government, NASA, military, Royals around the world and the Illuminati, Freemasonry, cults, treasure chests hidden, stashed gold bars etc etc. Guy's it's a really big world out there with even bigger ego's and some people have duped the world in such ways that they're literally the keeper's of knowledge. I'm talking about Religion, the history of Popes, The Vatican, changed historic events, rewritten some people's lives and works attributed to them. Guy's it's stuff hidden in plain sight and just like this UFO sighting, it's a visible UFO Orb which is just over the most important, the most secure, the most important place in the free world!

Mega UFO Triangle Formation Over Lancashire in The UK

So what I'm trying to say is that yes it's been under surveillance for the whole time it's near NORAD, and yes it's still in the air and nobody has come out and gone after it, nobody has shot at it, it's not in the news, nobody knows about it other than the eye witnesses. Which leads me to believe that the conspiracy theory regarding Cheyenne Mountain been a UFO base looks a bit more likely based on the fact that UFOs are real, they've been filmed near the "most secure installation in the world" and it's got this close, nobody has challenged it, there's been no incident reported happening...

Either Cheyenne Mountain military base is rubbing at security because this UFO is the size of a freely available drone but yet nothing has challenged it, nobody has done anything! So based on that hypothesis, I think this is a real UFO and the military at the NORAD underground military base at Cheyenne Mountain are 100% aware of this and thst it probably resides or is stationed at the underground military installation?

Here's the extraordinary UFO Orb video which was reported to MUFON and is freely available online for anyone to discover (if you've paid) on MUFON. It was uploaded to YouTube by Scott Waring (great researcher, doesn't care about politics of Ufology just wants the truth):

The YouTube video above has this description which states:

MUFON#109017 Eyewitness states: Spotted this UFO while out on a walk. The orb disappeared shortly after my video ended. NORAD is right below the UFO at the start of the video.

It's only a short YouTube video description but it's straight to the point and I like that.

Leave your thoughts and opinions below, cheers.