2 Exceptional UFOs One White Orb And Or Red Orb

This is a fantastic double UFO sighting that occurs over Japan. It was uploaded to YouTube by Alien Planet YouTube channel. It looks very real to me.

The actual video thumbnail is really misleading, I don't know why people do that but the video is still awesome though.

The two UFOs are real enough but what they are, what they're doing and why they're over Japan I'll never know?

In the past I've mentioned that having information on a specific UFO isn't the bee and end all, but I'll agree that it definitely helps. It doesn't matter as long as the actual evidence exists because it's a case of having a timeline for the UFO activity that really matters. 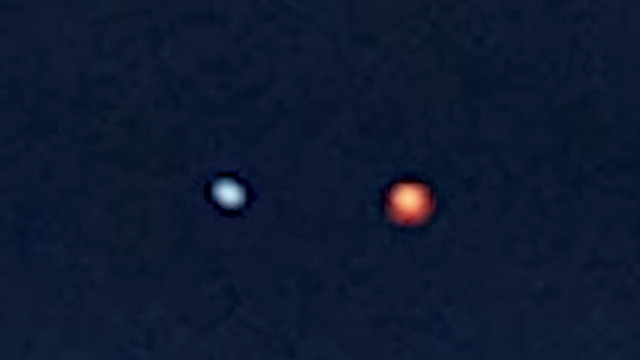 It was over Japan but where abouts it doesn't actually mention that. I only really know Tokyo in Japan? After a couple of minutes the white UFO ball sphere starts to disappear and then it literally disappears into nothing. It leaves just the red ball or Orb if you want to call it that? It's left all by itself in the air. I'd like to know what these people in the video are actually saying so if you can translate their voices in to English I'd appreciate it.

It looks real to me, if keeping UFO event's in the public eye is a bad thing then there's no point in writing about UFOs at all. Personally I think that the UFO phenomena is exceptionally bigger than what the Government has already admitted to. Let's be clear, the UAP - the phenomena itself according to the US Government is a mere few UAP video's in size! Do you really believe that the whole UFO phenomena is based on the 3 famous declassified UAP video's? The recent Congressional hearing actually revealed that the Pentagon has admitted to about 400 and that they're reasonably sure the Pyramid shaped UFOs are likely drones...

Top Pentagon officials told a House panel on Tuesday (May 12th 2022) that there are now close to 400 reports from military personnel of possible encounters with UFOs - a significant increase from the 144 tracked in a major report released last year by the U.S. intelligence community.

All the video description says is that it's a mysterious UFO sighting over Japan. We can hear someone speaking in the video but it's in Japanese and I don't speak Japanese but if your watching it and you can understand what they're saying, could you interpret what they're saying and leave us a comment in the comments section below, cheers.

Here's the really unusual and strange looking double UFO sighting that was filmed over Japan:

UFOs are real but they're being referred to as UAPs or Unidentified Aerial Phenomena. Of course the US Government and US Navy, DoD all decided to change the name of it because they know that it's psychology, by changing the acronym to UAP from UFO they know that the people wouldn't really understand what they mean and it'd go over most people's head's! Which we already know that it has because people are still posting questions like "are UFOs real" which if they knew about UAP disclosure, they'd know that it's now a fact that yes, indeed they do exist.

The number of UAP reports has risen to "approximately 400," a significant increase from the 144 between 2004 and 2021 that were tracked in last year's report, according to Scott Bray, the deputy director of Naval Intelligence. Bray told the House panel that the spike was due to a reduction in the stigma associated with stepping forward to report such incidents in the wake of the 2021 report.

Here's the brilliant video uploaded to YouTube by Alien Planet:

Also, if you know someone who would appreciate this post with the 2 UFOs over Japan, can you share it with them, thanks. I'd like to know what your thoughts and opinions on this so also please could you leave your thought's and opinions in the comments section below as well, cheers.