Awesome footage of UFOs in a line over Tijuana in Mexico which was filmed by multiple eye witnesses. Loads of people filmed these UFOs hovering.

Mass UFO sighting even had the Mayor out but actually he was skeptical about the mass UFO report's.

It's little wonder why people have less good opinions about people who hold office, no matter where they are in the world - because this Mayor said that "what everyone saw, wasn't what they saw", yet he did not even see it himself, it beggars belief! No investigation took place into the 27th June 2022 multiple UFOs and multiple eye witnesses who all saw this UFO sighting and yet the state already knows "yeah right!" 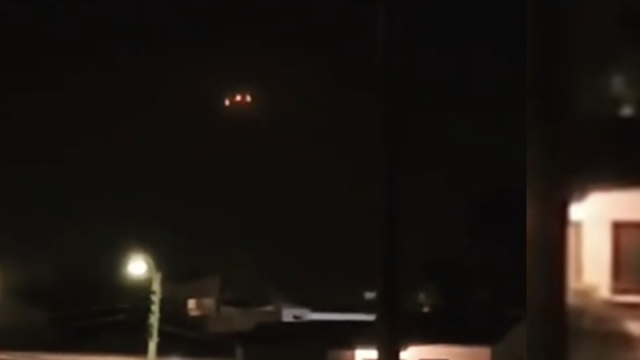 This is a real UFO sighting videoed by many people in Tijuana in Mexico. Lot's of people have sent myself videos showing at least three UFOs above people's homes and the local Mayor who wasn't there or saw it, said they was all mistaken, lol. No investigation yet he knows best lol. 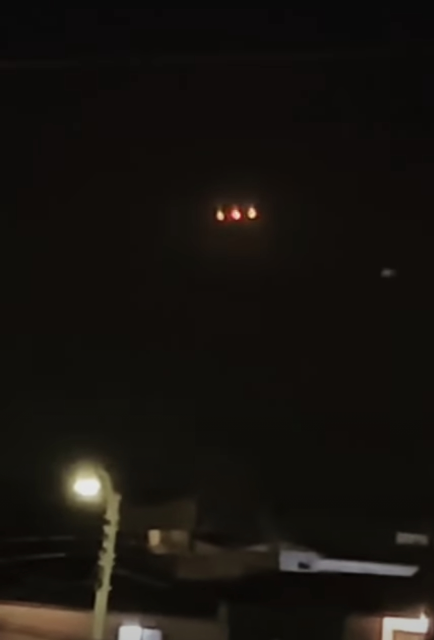 But anyways, let's try to get past the stupidity of one blatant drain on resources (the mayor) and let's look at and try to figure out what's been hovering for a long time over Tijuana in Mexico? It's been filmed by many different people, it was filmed from many different places and on many different types of gadgets ie smartphones and cameras, CCTV etc. I reported on this the day it happened with a shortish kind of video, but this video is over 6 minutes long.

It's actually three UFOs or three light's all in a row. The cameraman tries to zoom into the UFO or UFOs as in more than one UFO. It could be one UFO sighting with just a large rectangular shape or a Cigar shape UFO but even if it's not a single UFO, what the hell is going on and why are the light's changing colour from orange to red? The people who are filming it are talking but it's in Spanish and I don't know Spanish...

Guy's, if you could translate some of it and post whatever you can I would absolutely appreciate it. For all the English language speaking people who don't speak Spanish, I'd one hundred percent appreciate it very much. Then we can make an informed choice whether or not if we're going to support the evidence because for all we know, the eye witness in this video could be the one (with his friends and family) that's orchestrating this mass multiple UFO sighting which are all hovering above Tijuana in Mexico? You just never know what people think like and why they do what they do?

Here's the extraordinary video description which was uploaded to Instagram by Ovnisky_Mexico.

A night where part of the population

They managed to capture strange lights in the sky.

Although the comments of Mayor Montserrat Caballero Ramírez in the face of such an event only reflect skepticism, ignorance or indifference, as always, in the face of these events that are becoming more frequent every day throughout the world and which do not have a sustainable explanation.

Let us remember that it is not the first time that Tijuana has been shrouded in mystery and astonishment at this phenomenon that they want to pass off as an everyday occurrence of the US armed forces. And if so, why the surprise of its enablers? Isn't it supposed to be something common, how does the mayor say, they should be used to these events

The only thing that is real in the face of all this is that we continue to face unexplained presences that NASA announced on June 9 of this year 2022 that it would launch a study on the UFO phenomenon as part of a new impetus for high-level science. risk and high impact, where Zurbuchen also argued during a webcast of the United States National Academy of Sciences. "We firmly believe that the biggest challenge of these phenomena is that it is a field of study with limited data."

There's a lot of people who are filming UFO Orbs everywhere in the world. Everyone's getting ready to see Extraterrestrial entities in real life.

There's always something new happening in the world, this is no exception to that. Please share it with someone who would appreciate this, thanks. Also share your thoughts and opinions, cheers.