Here's proof that Extraterrestrial entities do exist and the world does have genuine UFO and Alien sightings incidents occuring on a regular basis.

The Carlos Diaz UFO incident and subsequent Extraterrestrial encounter from January 1991 with video photographic evidence showing the huge Alien craft from behind his home in the sky.

Top UFO researcher's Dr John Mack and German author Michael Hesemann have both stated on record that it's a credible UFO and Alien encounter.

Please, before you judge this UFO sighting just remember this also:

The case of Carlos Díaz is one of the most famous UFO contact stories in all of Mexico, barr none! Some come close, but the sheer amount of people who witnessed it, makes it incredibly difficult to dismiss, incredibly difficult! It's a very long story, so I've picked some of the bit's that I found extremely interesting, there's a lot more to this story, check out the links for more information.

In January of 1991 12000 eyewitnesses including journalists, scientists and even the Mayor of Mexico City himself also share this same story of an alien encounter with UFOs. Is it the biggest eye witness testimony "ever", who knows? Carlos Diaz has been filming and photographing UFOs over a long period of time. The video below occurred in November of 1991.

Just look at the size of the UFO next to the tree's and bushes in this photo, it's almost unimaginable in size! I'm genuinely starting to think that there's something here that is why this has been taken so serious by world renowned UFO expert's. 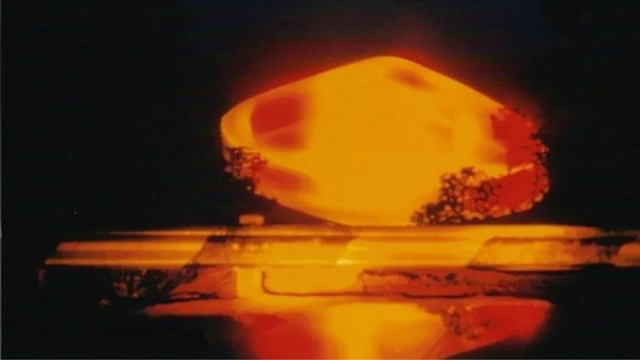 Here's a photo below that Carlos Diaz had taken while he was crouched down behind a rock. It looks absolutely real and very genuine to me. 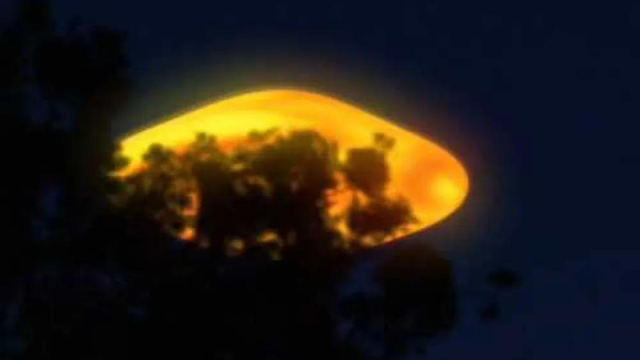 A beam of light came out of the UFO and hit the ground. 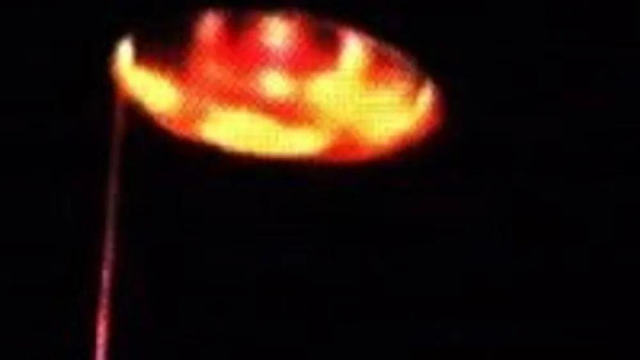 On another occasion Carlos Diaz took a photo of the UFO off the ground and behind a tree. Guy's, I'm an absolute believer in this, it's 1981 and nobody could fake photos like this, not to make them look this real. I'm a genuine believer in this, oh and so are the 1200 eye witnesses. 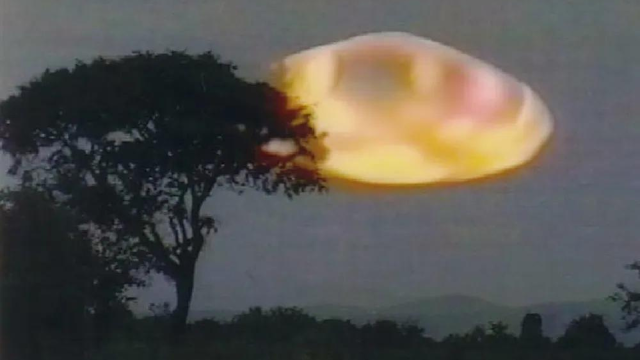 Below is the Nordic Extraterrestrial entity that Carlos Diaz encounters. Many top, well respected UFO researchers have put their full support behind this UFO encounter and Extraterrestrial encounter. I fully believe that it's a real UFO/Alien incident myself. There's overwhelming evidence to say it did happen as opposed to "someone not liking it" lol. Evidence alway's beats an opinion every, single, time! 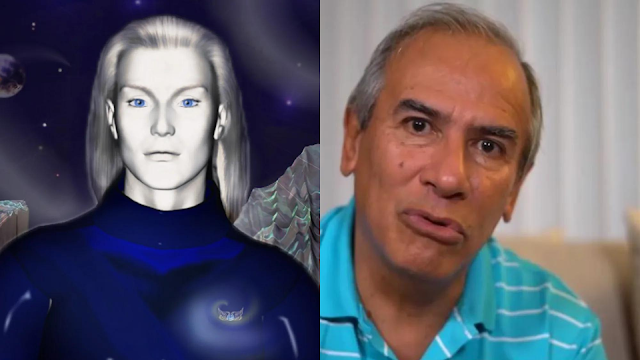 Now, that's enough to wet anyone's appetite isn't it! The amount of witnesses that are all describing the same thing's is astonishing. Just imagine how many people are still out there right now that didn't report it or didn't want to report it or simply couldn't report It? There literally could be hundreds more witnesses or thousands more people because of the vast open distances and that's why it could be thee biggest eye witness testimony or at least one of the biggest UFO sighting event's.

How can we say that all these people (some distinguished people as well like the mayor of Mexico City) are mistaken? It's not like the witnesses are all collectively collaborating or colluding with each other and telling a lie? Although, like anything else - we can't rule it out.

One morning in January 1981, Mexican photographer Carlos Diaz pulled into a deserted car park at Ajusco Park near Mexico City. He was on an assignment for a magazine, and had arranged to meet a journalist who was yet to arrive. Diaz sat in his car, preparing his camera for the job ahead. Although it was early in the morning, the air was thick with humidity which made even sitting still uncomfortable. Impatiently, Diaz began to look at his watch. Suddenly, his attention was caught by a strange yellow glow coming from the valley below him. At first he thought it was a forest fire, but, an instant later, the source of light revealed itself to be a large, orange, oval-shaped UFO, slowly hovering about 30 metres from his car.

Unable to believe his eyes, Diaz quickly grabbed his camera. With it resting on his steering wheel, he began frantically firing off shots. Then, without warning, the whole car began to shake violently. Diaz got out of the vehicle and took two more photographs before the craft sped up vertically into the sky, leaving Diaz in a state of shock. This encounter marked the beginning of what was to develop into one of he most fascinating and long-running contactee cases in the history of UFOlogy. Today, the case remains among a small minority of alledged extraterrestrial encounters to be supported by verified film documentation that has stood up to the scrutiny of a range of experts.

Somebody by now would have said so, right!

There's no way that these people could all be telling a lie, right? It's certainly not impossible, but I doubt it. So now it enters into the realms that are way past "plausible" and it enters into the world of probable! It's the stage of "prepare yourself for Extraterrestrial disclosure." Prepare for knowledge that Alien's have been existing all along on, right here on Earth.

Can you remember recently when we had UAP disclosure...

We've just recently had UAP disclosure, so what do you think is next on the secret agenda? Oh and believe me, there's an agenda at play just like recent world event's would tell us that there's a world agenda like with the oil prices going up "before the Ukraine war" then bleamed the war. What about food shortages "in a 1st world economy", wars are planned don't forget, they don't just happen! The west is seeing the  biggest inflation ever, now you know that there's an agenda.

Because UAP was included in that, with subtle hints of them not being from Earth or another countries advanced aerial tech, it feels like there's a continuation that's going to come "but when"...

If you can read agendas, if you have insidet knowledge or your just adept at figuring out what is going on in the world, from an observation point of view but with an uncanny ability to get it right I'd love to hear from you? Leave your thoughts and opinions either at the bottom of this post or on my Facebook page where I post this and my other blog articles. I'm fully aware that everyone's got an opinion, please guy's let's use our given rights to discuss and debate (nicely) about what's happened in 1991 involving the Carlos Diaz incident.

Carlos Diaz, Mexican national and man with a particular UFO sighting story thst has come to define itself in books and TV as "a mass UFO and Extraterrestrial encounter" that more than likely happened because of the sheer amount of people who saw it and witnessed the Alien being.

Having studied this subject for 50 years and having developed a keen sense of discernment, it appears that Carlos Diaz has the attributes real contactees possess. He seeks no personal gain, lives a simple life, and is amazingly articulate in communicating deep subjects with the simplest of words. Thank you Carlos, and thanks to the film makers.

Here's another quote regarding the Carlos Diaz UFO incident:

Diaz thought his actions had gone unnoticed, but, as he continued to watch the craft, he felt someone grab his shoulder from behind. Diaz immediately fainted, and, when he awoke, it was dark and the UFO was gone.

The size of this craft is definitely what has drawn me to reading up on this encounter. And looking into it was almost certainly because of how many people have gone on record and given their statement's. It's just to big to be a hoax, and even if parts or "titbits" of information doesn't line up it's just because of individual places, seen at different times, from different angles etc which it suggests to me that something definitely happened there, and it was something big! Because, for the time that this was documented (1981) by Carlos Diaz himself, and on other occasions not just once this was unprecedented not only in it's size of the UFO but for the time of 1981. The Alien species he apparently encountered we now know as the Nordics. The Carlos Diaz UFO/Alien story has not changed since he told it! And in my own opinion, which is all anyone really has regarding this otherworldly encounter - is their opinion especially looking into this from a different country, and it's now 30 plus years later, my opinion is that it's real and something definitely happened.

Here's a video showing the "1991 UFO sighting footage which Carlos Diaz took from his home showing the huge UFO which was uploaded to YouTube by UFO Casebook. It looks at this story from a different angle, so that we can get a better understanding of it. This video below throws doubt on the whole story but it's just a segment of a TV show:

This UFO story is up to you, the viewer, the reader and you alone to understand and decide for yourself of your going to believe it or not? But please, respect others right to disagree or believe it? There's no room for angry comments or belittling people. I see it a lot on Facebook where someone says it's a fake and proceeds to write derogatory remarks and cuss and swear. You don't need to come across this way. If you disagree with this or anything else that I post, you don't have to read it or watch it! You don't need to express yourself in such a nasty way "just because you don't agree with someone else's opinions." Respect others rights to an opinion without being harassed or belittled.