Triangle shaped UFO is still a highly top secret craft totally denied by the US Government. It's definitely seems like it exists in various videos.

Yes, as it says in the YouTube video title, there's absolutely no information with it whatsoever, but I'd be suspicious if it came with a life story wouldn't you?

This article discusses the top secret TR3B triangular shaped UAP (Unidentified Aerial Phenomena) in detail. This UFO has been around for more than 40 years and has made appearances all over the world. The U.S. Government does not acknowledge the existence of this aircraft and the information surrounding this TR3B model remains highly classified.

It is said that the triangular UFO TR3B and other UAP are used by the Government as a modern spy plane. And this is demonstrated by the top speed of 28,000 mph and the shape of flying triangle TR3B. This UAP is not only seen flying in the atmosphere but also been found on space and also rumored to be testing self replicating machines - watch this space!

In the modern world of UFO disclosure new research is beginning to make a footprint out of the ancient rumors and hearsay that have clouded human history for millennia. In many ways that cloud has cleared and we are coming to understand what exactly is in our skies and what they want from us. While this information may seem fantastical at first it's possible to use logic and reason to get close to the truth. This type of thinking has been a driving force in all scientific discovery throughout history, and future discoveries will only encourage the people to learn more. 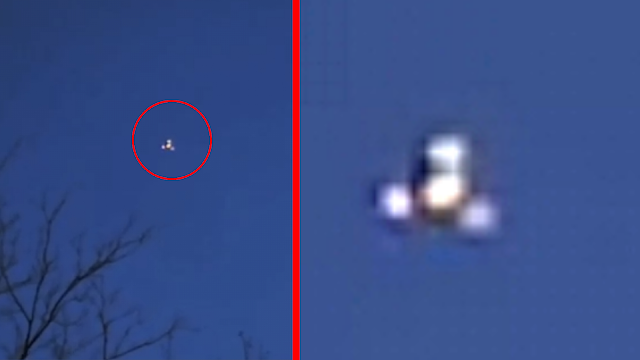 In this day and age, you just don't know if someone is going to turn up at your front door at 3am dressed all in black demanding they be let in, then demanding that you shut up, or be shut up - for good! I'm talking about the "Men In Black" or the MiB. There's been serious documentation of these goons turning up, there's been evidence of following, secretly tapping phones, encounters and vicious events and still missing persons...

So, this is a TR3B Triangle shaped UFO which as you know, can be attributed to humanity but since there's nobody willing to testify to reverse engineering and technology back mapping, other than the tried and tested "usual suspects" it's a case of believe what the hell you want in 2022. We've got all kinds of destruction, viruses, famine, wars, threats of nuclear wars so to be honest I'm kinda putting everything I've got on Aliens landing on the White House lawn.

Doorbell Camera Captures Footage Of A Triangular UFO 2 Months Ago

The TR3-B is a triangular shaped aircraft that has been spotted in the world on numerous occasions. The aircraft has been seen around the United States and in other countries such as the United Kingdom and Argentina. Many people dismiss these claims as just being a top secret government spy plane called Flexfly or X-45 (see below). But many people have different ideas about what these aircraft are and where they came from. Like reverse engineering from a downed UFO. But no matter what you believe, one thing remains true, we will never know until our government comes forward and tells us which is why we need full "Alien and UFO disclosure."

The Boeing X-45 unmanned combat air vehicle is a concept demonstrator for a next generation of completely autonomous military aircraft, developed by Boeing's Phantom Works. Manufactured by Boeing Integrated Defense Systems, the X-45 was a part of DARPA's J-UCAS project.

You've seen them, we all have. It's hard to miss the triangular shaped UFO's moving through the air, across our skies and seen in pictures flying across mountain tops or hovering over tall buildings. But what are they? They seem to be able to move in any direction swiftly while being near silent and creating no other signs of propulsion. Are they from Earth? No way! Are they from aliens? If you look at the sheer size of some of these black triangle UFO's, and then take into account their speed, it would take a ship with huge amounts of thrust to achieve such speeds. The only conclusion is that the TR3B is made by the United State Government. 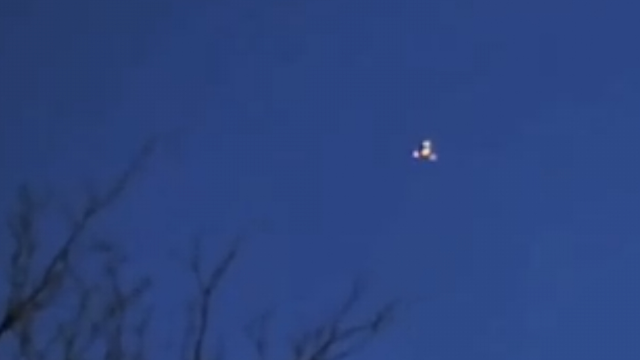 We can see now that the Government has lied to it's citizens in the past and recently. We can assume they are lying to us now, right? The TR3B is a top secret spy plane with many different names including Aurora, Mantra, TR3A including the TR3B. However the Government has denied this and still does. Popular Mechanics Magazine was supposedly offered an exclusive access tour of an actual TR3B craft, however they declined. Believe it if you want to? In closing I would like to say that things cannot stay hidden forever and disclosure is inevitable, whether you like to think so or not.

Here's the extraordinary video which shows us that the top secret aircraft industry is alive and well:

Please can you share this post, also please leave your thoughts and opinions on what you think is going on here, cheers.