Huge Fleet of UFOs Filmed Over Austin In Texas

On October 6th 2021 a large UFO formation was filmed over Austin in Texas, the UFOs were so close. The eye witness was able to film the whole event.

Wow, this is a brilliant UFO case reported to MUFON and it shows a UFO formation actually changing group formations and that's unprecedented as far as I know because usually these UFOs stay in one formation.

So when I say that it's brilliant UFO footage what I really mean is that I wish it was me seeing these UFOs because I never get to film any. 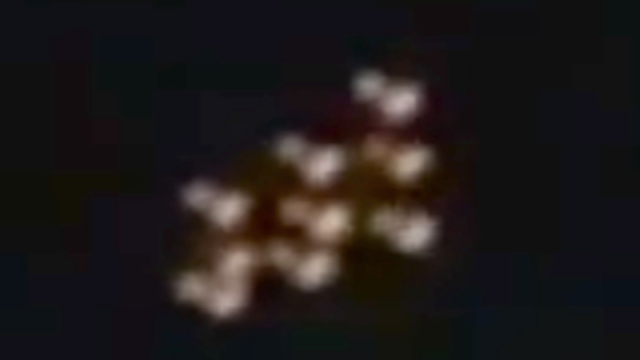 Credit: MUFON/Scott Waring YouTube Video/Sightings Daily/UFO Sightings Footage/UFO News/Canva.
Some people get all the luck, like that one guy who can summon them, grrr! But anyway's, we've all got the second best thing which is a video of the UFO sighting and I can appreciate that. At the end of the day I'm just grateful that the eye witness chose to report it in the first place, the eye witness has done Ufology a solid by reporting it and giving us the time, date and briefing.
MUFON is a sore subject for me because I do not agree with them charging the public to see the volunteered UFO report. But I can appreciate that there has to be an official process, just no fee involved because it takes away from the sincerity of the UFO sighting in my own personal view. I prefer to go straight to UFO Stalker which is the media 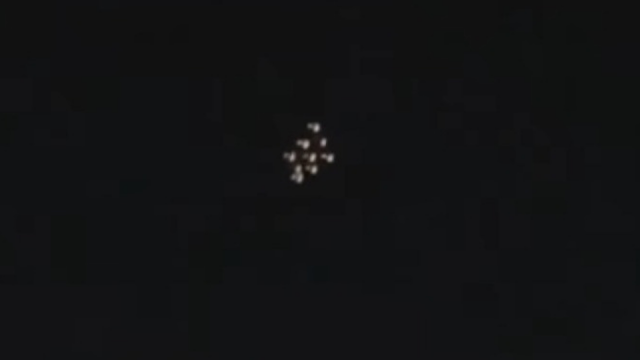 Credit: MUFON/Scott Waring YouTube Video/Sightings Daily/UFO Sightings Footage/UFO News/Canva.
An at scale screenshot of the actual UFOs in a really tight looking formation right over Austin in Texas. There's no way these are drones or the Air Force because nobody is that good at flying aircraft's or drones come to think about it, in such a very, very tight formation! That all in itself is enough to make people's jaw drop! I mean, one mistake no matter if it's a aircraft or a drone or a UFO, one slight touch and it's gonna be the ending of that formation.
Related post
The Clearest Silver Metallic Flying Saucer Type "Disk" Over London
Anyhoo, let's get busy and check out the UFO sighting without any pre-judgements about it. I come across this UFO video while I was researching on YouTube and there's a channel called Scott Waring, he must have come across this UFO encounter while on MUFON and as it's public domain he's created a video about it. To be honest guy's I've never heard of a UFO formation over Texas, have you? This is the biggest thing that caught my eye because of how many UFOs that there was.
I mean this is Austin in Texas it's a built up area so as it's a week old now this UFO encounter, I'd expect to start seeing people posting UFO videos to YouTube since that day the formation went overhead. But thus far that I can find, I can only find this one. That's not to say that nobody else caught these crazy looking UFOs on film because like I said, it was only a week ago. I went on to UFO Stalker which is the media server for MUFON or it's sister site (owned by MUFON) but I couldn't find it on there? I'm not a member of MUFON and never will be!
Here's the actual eye witnesses "himself" statement:

This happened in our small community a lot of people saw it. There are multiple pictures and videos. It was loud! (So no drones) it flew low and was slow. Edit to say: if they were drones they would be doing a lot of traveling as they were seen 30 miles away from my location as well.

Related post
The Most Unusual Triangle Wing Shaped UFO Filmed Over London UK
Here's the actual real bona-fide proof that Alien's exist and that they're here on Earth flying around unchallenged by any Air Force which means only one thing.
They're allowed in the sky and anyway's, here's the extraordinary YouTube video:
Please share your thought's and opinions also any ideas that you might have about this amazing UFO sighting filmed right over Austin in Texas with multiple UFOs in formation. It's not gonna get any better than this because it's many, many UFOs all in one place and flying together in a formation. I'd also appreciate it if you could share this post with someone who you think would appreciate it, cheers.
Credit: MUFON/Scott Waring YouTube Video/Sightings Daily/UFO Sightings Footage/UFO News/Canva.