Colorado Epic UFO From 1995 I See Another UFO Nobody Saw At 5:24 Seconds

This is a huge and bright white, Cigar shaped UFO which is completely silent and it's been filmed in 1995 by a Tim Edwards recorded with a camcorder.

By itself this UFO incident is up there with the best of them but as I was watching the video I took a screenshot at 5:24 and low and behold, I accidentally discovered another UFO Orb that went unnoticed "until now."

This is probably one of the best UFOs that's being discovered by accident... Because, while everyone was focused on the main attraction which was absolutely stunning by the way. I was destined to take a screenshot and see another UFO Orb in this 1995 VHS camcorder which was one of those "shoulder mounted monstrosities" that tons of people bought back in the day.

In fact it looks like there's two of these UFO Orbs just a couple of seconds apart from each other?

Absolutely, definitely there's a UFO Orb at 5 minutes and 24 seconds into this video which wasn't picked up by anyone at the time. I don't know if anyone has picked up on this other UFO at 5:24 but I'm stoked that I've discovered it. After playing the video back again, the other UFO Orb I thought I saw looks more like a distortion so I think it's just the main UFO Cigar shape in white and the second UFO at 5 minutes and 24 seconds. 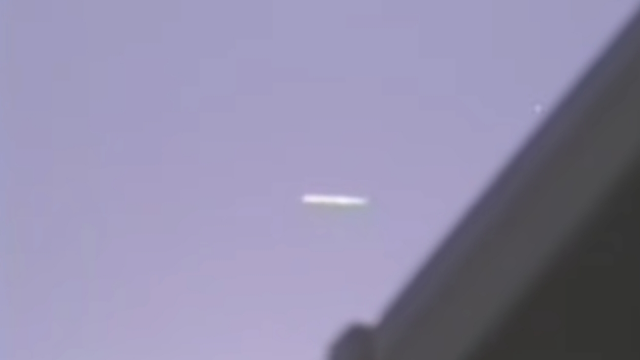 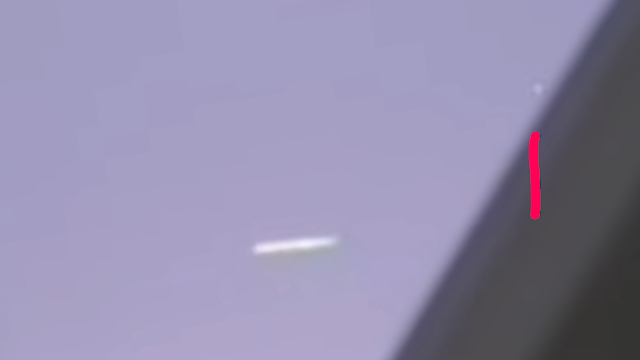 The image above shows the UFO Orb just coming into view on the right above the red line.
In the below image we can see the UFO Orb is right behind the large Cigar shaped UFO and guys, I do hope that this is a new UFO that's only just been seen today or noticed should I say, today. That would be so cool to know that there's a good chance that we've found another UFO in an already seen UFO video. 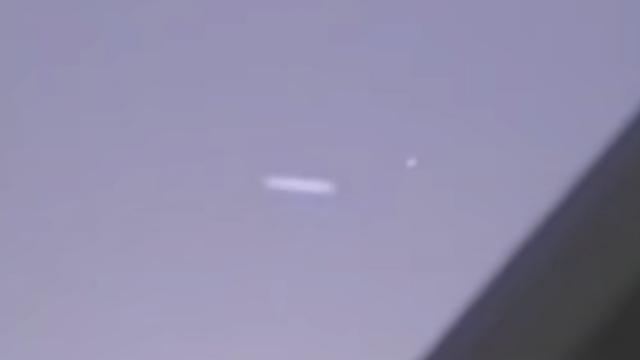 Credit: Tim Edwards/UFOvideodotcom YouTube Channel/UFO Sightings Footage/UFO News/Canva.
In fact the guy who's filming this actually say's just after the 5:24 UFO Orb "did you see that"? I don't know if he's talking to someone new who's maybe just turned up or is walking near to where he's filming from? He could be talking about the main event UFO?

Guy's, this UFO incident was filmed by a guy called Tim Edwards, judging by the title I would assume that this guy is no longer with us. Out of respect to him being an eye witness to an amazing UFO sighting, please watch his video, like it as well if that's what you feel? I believe that would be a good thing to do. I didn’t know the guy, but what a fantastic UFO video he's given us all, thanks buddy.

There's no real way to determine which one he's referring to - or if he's noticed the new UFO that's turned up at 5:24 and he could be pointing it out to his buddy? Because that seems the most logical, right? There's a few others there while he's filming this "White Cigar UFO" and I know sooner or later he's gonna need help with holding that VHS camcorder, lol have you seen them? Absolutely hideous thing's they where. I remember that you needed Arnie arms just to hold while filming.
Related post
White Spiral Cigar Shaped UFO Filmed Over Florida | I'm Out My Comfort Zone
There's a fair few people there and they're all watching the UFO, at least this is what I've determined from the video. Here's the full YouTube video description:

In 1995, UFO sighting's where definitely frowned upon because of the obvious mistrust by the public that witnessed the UFOs and the authorities which dealt with the UFO submissions because it was a lot different to how a UFO was reported way back then as opposed to now! This UFO sighting looks very similar to the one that is in Saliba in Kansas. The one in the last link was filmed over Area 51.
Here's the full YouTube video uploaded by UFOvideodotcom, please enjoy:
Please share your thought's and opinions also any ideas that you might have about this amazing UFO sighting filmed over Salina
Credit: Tim Edwards/UFOvideodotcom YouTube Channel/UFO Sightings Footage/UFO News/Canva.